Meet the 86-year-old figure skater from Williamsburg: ‘You ought to try it’ 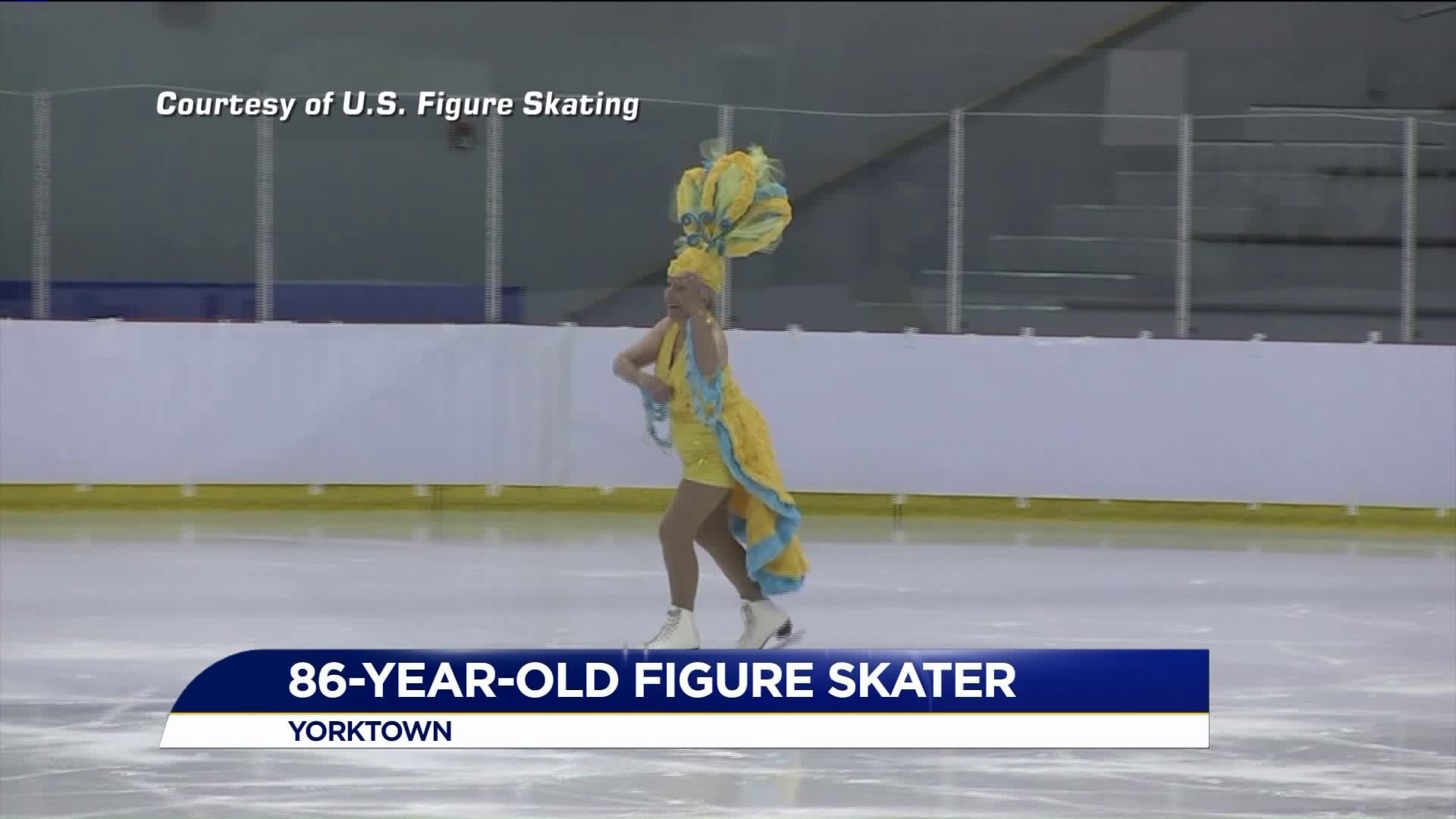 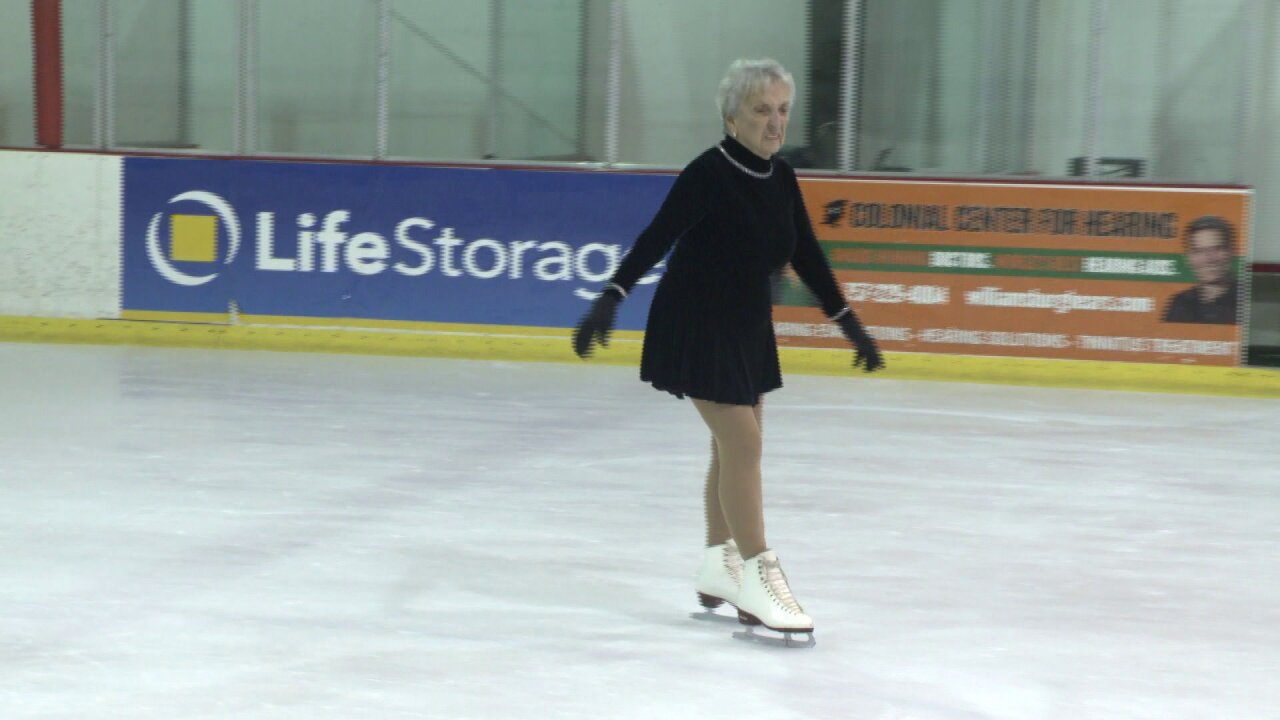 YORKTOWN, Va. -- Dressed in a chic velvet black skating dress adorned with silver trim near the neckline, Coralie Raunig takes her time on the ice. Each stroke, arm movement, and spin is done with careful precision.

"I'm here at 6:30 in the morning and that's the good ice," Coralie told WTKR with a smile.

The good ice is what Coralie loves to skate on. At 86 years old, that's right, 86, and with decades on the ice, Coralie knows what she's talking about. She also knows what she can't do.

"You won't see any triples from me, not today!"

More than 60 years ago, Coralie got her start on frozen ponds in Montana when she was 2 years old. She remembers how her dad would go ice fishing and she would do her own thing on the ice. She loved skating so much, she wanted her own figure skates.

"I had to buy them myself, and it was a lot of babysitting money," said Coralie with a laugh.

It wasn't until she was in her teens she was able to start taking lessons in an ice rink. When she was 19, she got married and being a Navy wife, mom and special education teacher for Newport News took priority. Coralie's CCM Sonya Henie skates were put away, but she said they always came with her wherever they went, including Japan.

After a 45-year hiatus, the ice called her back.

"I was 65 years old, I hadn't skated, and I decided, what am I going to do? So off to the rink I came with my skates and they laughed at me. They did laugh. The shoe strings broke, but I got out here and I skated," said Coralie.

Hampton Roads Iceplex in Yorktown recently opened and Coralie became a regular. The skates she brought from back in the day didn't have the same advancements and technology skates have now. The leather was soft and didn't offer enough support. She quickly got fitted for new custom boots. She's currently wearing a pair by Harlick and each pair will last her about five years. She trains about five days a week at Iceplex and competes with colorful costumes she makes herself.

"I love to sew. I have to make it part of the program; it has to look like the program. So my Copacabana one it was yellow and I was Lola and I just had so much fun with it," said Coralie. A 15-inch yellow and blue hat adorned her head and her skirt had a dramatic train.

Coralie said she has two big closets full of her costumes. Sometimes, she will take apart or take pieces from a previous costume if it's similar to an idea she has for a new one. She also prefers skating to fun music, her programs are never serious.

At the 2017 U.S. Adult Figure Skating Championships in Wake Forest, North Carolina, Coralie wasn't the only one having fun. The audience cheered Coralie on with smiles on their faces as she glided across the slick ice in her Copacabana costume. She skated away with the Yvonne M. Dowlen Trophy for being the oldest competitor.

When Coralie is on the ice, she said her age doesn't matter. She feels free and that is what's inspiring others.

"I wake up and I feel the pains myself and I know what the skaters are going through," said Luis Lovett, her coach. "For someone her age, it can't be that easy. But I'm very very proud of her."

Luis also choreographs Coralie's programs. Even though ice is slippery, Luis said Coralie is not afraid of hard work or even falling.

"You hit a toe pick and that's it. I fell spinning one day and I'm fine. I knew what I did wrong and that's it," said Coralie.

She did hit the ice the day WTKR visited her but bounced back nonetheless. She keeps skating, one stroke, one arm movement at a time. All the while, with a message for the critics of her chosen passion.

"I get that a lot: 'You figure skate? At your age?' And I said, 'You ought to try it.' We should get more adult skaters. It's a lot of freedom and you may have troubles, but you lose them here. You don't think about them at all."