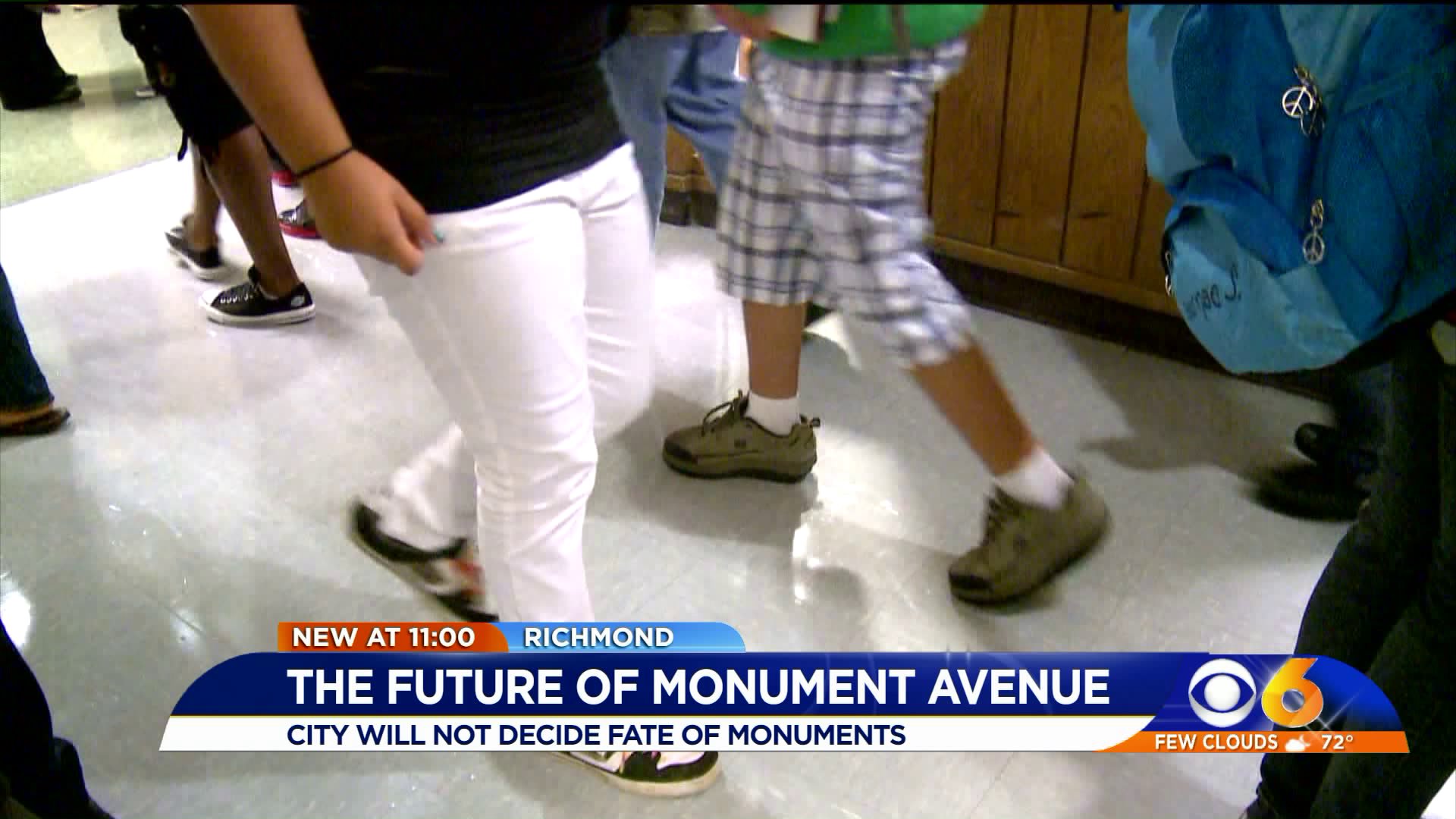 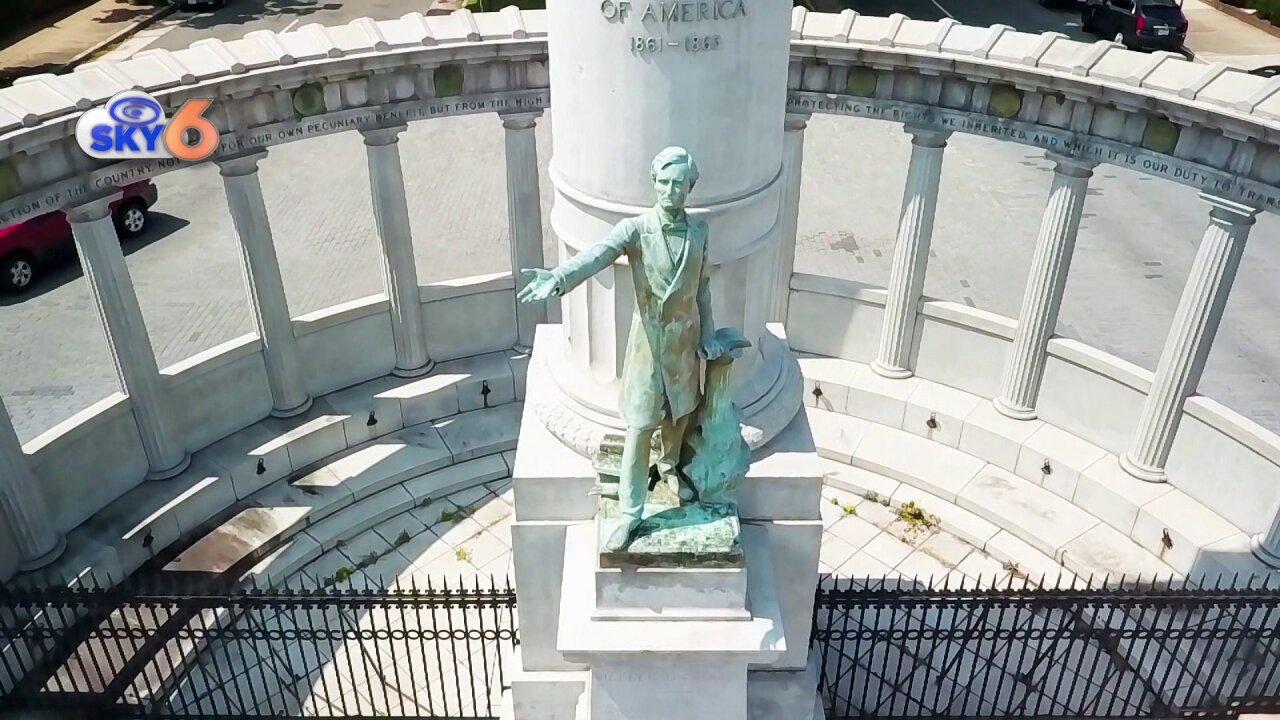 RICHMOND, Va., -- After more than two hours of debate, the Richmond City Council voted against a resolution that would ask the General Assembly to give the city authority to decide the fate of the statues along Monument Avenue.

"I'm simply asking that we have the right to decide as a locality," 9th District Councilman Michael Jones said before public comment. "We cannot be afraid to tackle the tough decisions of our day because they’ll go nowhere."

In July, the Monument Avenue Commission submitted a report to the Mayor recommending that the Jefferson Davis Statue be removed among adding signage to other monuments.

Jones sought out the request since state law limits the power of local governments to remove or change historical monuments.

The request also had the support of Mayor Levar Stoney.

A near equal amount of supporters of Jones' resolution showed up to speak as did members of the public advocating to keep the statues standing along Monument Avenue.

"I don’t want Michael Jones or the mayor to take our statues down. Our statues represent love honor and respect. They represent the boys and men who wore grey in the Civil War," said Wendy Hayslett, a member of the Virginia Task Force Three Percenters.

Chuck Richardson, a former-Richmond councilman that served nearly 20 years in the mid-70s to mid-90s, spoke in favor of the resolution.

"It's a sad night for me after 40 years of my life still debating whether to keep the statues up of a white supremacist” Richardson stated. "They hurt my dignity. They hurt my pride. They hurt my self respect that is supposed to be mutual."

Kim Gray and Andreas Addison, both council members who also served on Stoney's Monument Avenue Commission, voted against the resolution, but for different reasons.

"Putting something forward on our legislative agenda that makes the same request will cloud all of the other requests that we are trying to move forward for the children who are living breathing children in our city today," explained Gray, the 2nd district councilwoman.

The 1st District Councilman Addison believed the resolution was not in line with what the commission recommended. He stated if Jones' resolution specifically sought the removal of Jefferson Davis Statue, then he would support the request.

Councilwoman Cynthia Newbille of the 7th District said that the legislative packet that is sent to the General Assembly is not a single issue item.

In the beginning of the council meeting, Mayor Stoney introduced a resolution calling for city council to request lawmakers provide the city more funding for education.

Council, please don’t use RPS funding as reason to not support monument proposal by @thedrmikejones. 1) If we don’t stand up for what’s right, what are we telling kids about our values? 2) Nothing’s been stopping you from introducing paper before tonight to increase $ 4 RPS...

Mayor Stoney also tweeted his disapproval of the council's vote.

The “culture of can’t” was on full display tonight at #rvacouncil! We can support choosing our own destiny about the future of confederate monuments in our city AND advocate for the state to fund the true cost of public education. This was not a either/or proposition. #Excuses https://t.co/iphTRMmN6V

Hours after the vote, Jones told CBS 6 he was "disheartened" by the council's vote that he pointed out was along racial lines.

Every council member who voted against the resolution, with the exception of Gray, is white.

Jones said he would not seek to introduce another similar resolution to the current makeup of the City Council.

Last December, city council rejected a similar proposal put forth by Jones in the wake of the riots in Charlottesville.