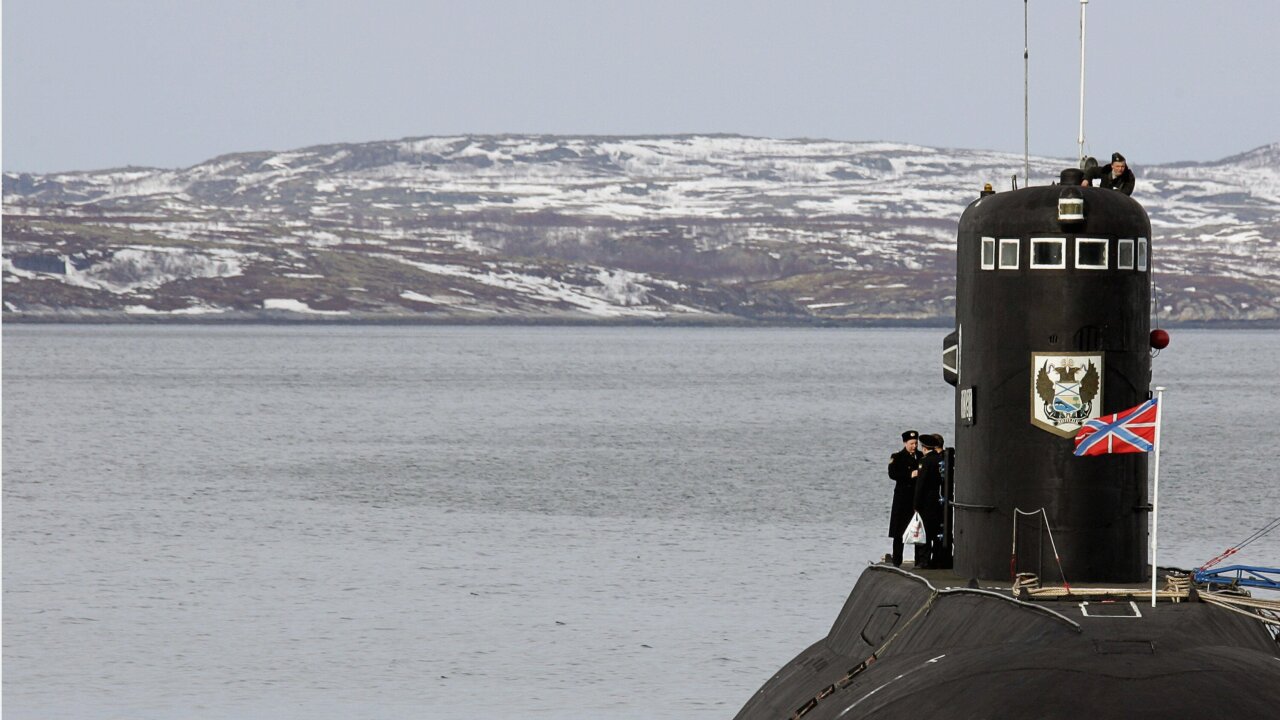 Severomorsk, Russian Federation: A Russian submarine “Lipetsk” stands at Russia’s Nothern Fleet base in the town of Severomorsk not far from the city of Murmansk, 19 April 2007.

America’s most senior naval officer in Europe, Adm. James Foggo, said Friday that he was “concerned” about some of Russia’s newer and more advanced fleet of submarines.

“Russia is not 10 feet tall but they do have assets that keep me vigilant, concerned. One of them is in the undersea domain,” Foggo, the commander of US Naval Forces Europe, told reporters at the Pentagon.

While Foggo said Russia’s surface fleet, including its aging aircraft carrier, posed little threat — saying Moscow did “not have a robust capital ship capability” — he did express concerns about Russian advancements in its development of submarines and cruise missiles.

“We’ve seen creation of new classes of all sorts of submarines and ships. I’m more concerned with submarine warfare,” Foggo said earlier on Friday while addressing the Atlantic Council in Washington.

He said six of the Kilo-class subs were either “operating in the Black Sea or the eastern Mediterranean,” where “they’re firing the Kalibr missile,” a Russian-made cruise missile that he called “very capable,” saying it could reach “any one of the capitals of Europe.”

“That’s a concern to me, and it’s a concern to my NATO partners and friends. So we should know where they are at all times,” he added, advocating for increased US and allied investment in anti-submarine warfare capabilities.

Foggo, who is also the commander of NATO’s Allied Joint Force Command-Naples, also discussed the upcoming NATO exercise Trident Juncture, which is due to begin October 25 and will involve some 45,000 troops from all NATO members as well as Sweden and Finland.

The exercise, which Foggo called NATO’s largest since 2002, will take place in Norway and the surrounding areas of the North Atlantic and the Baltic Sea. It will include 150 aircraft, 60 ships and up to 10,000 vehicles.

Foggo said Russia had been invited to observe the military exercise in accordance with international agreements and that the exercise would send a message of “deterrence” to any would-be adversary.