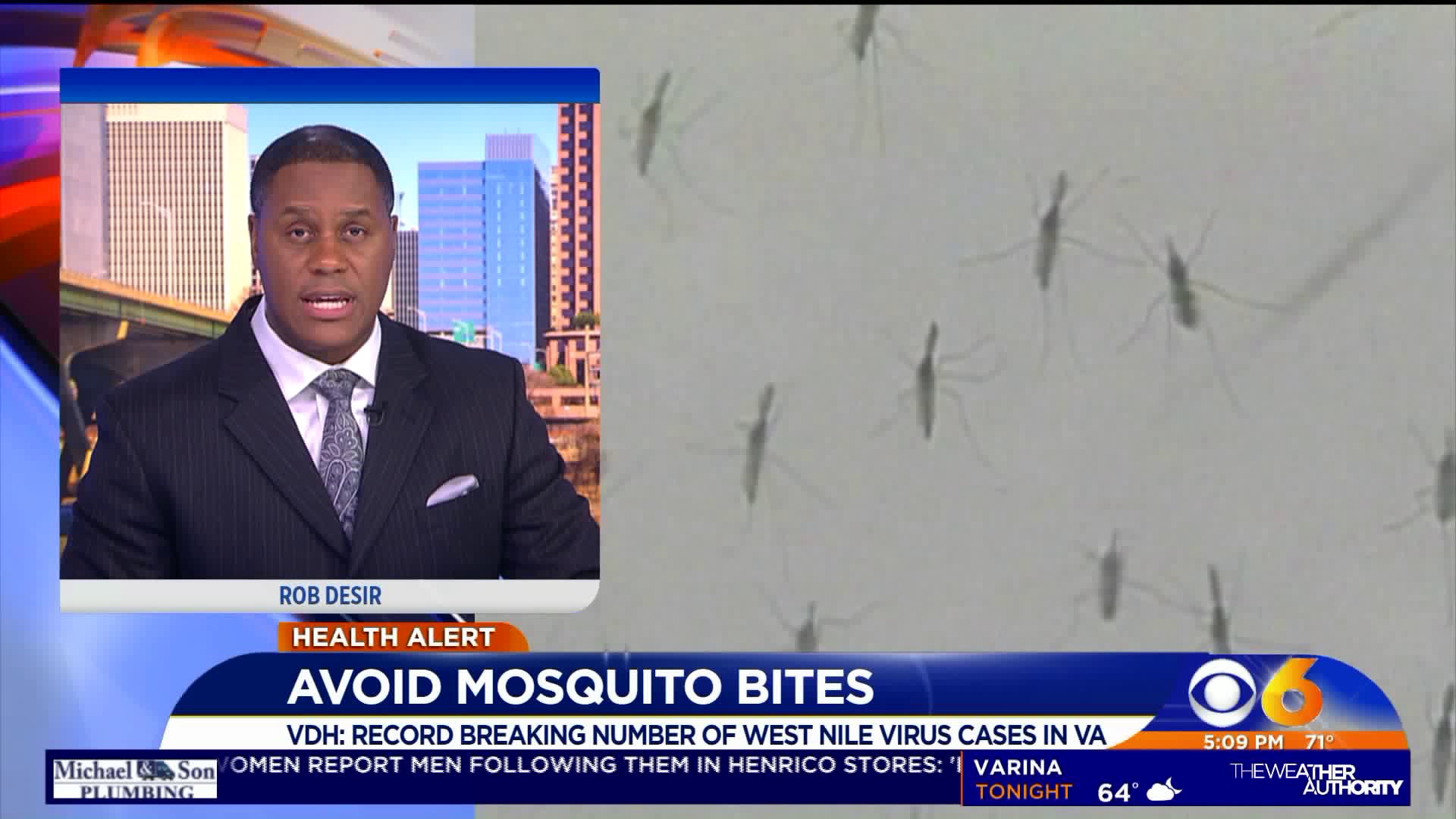 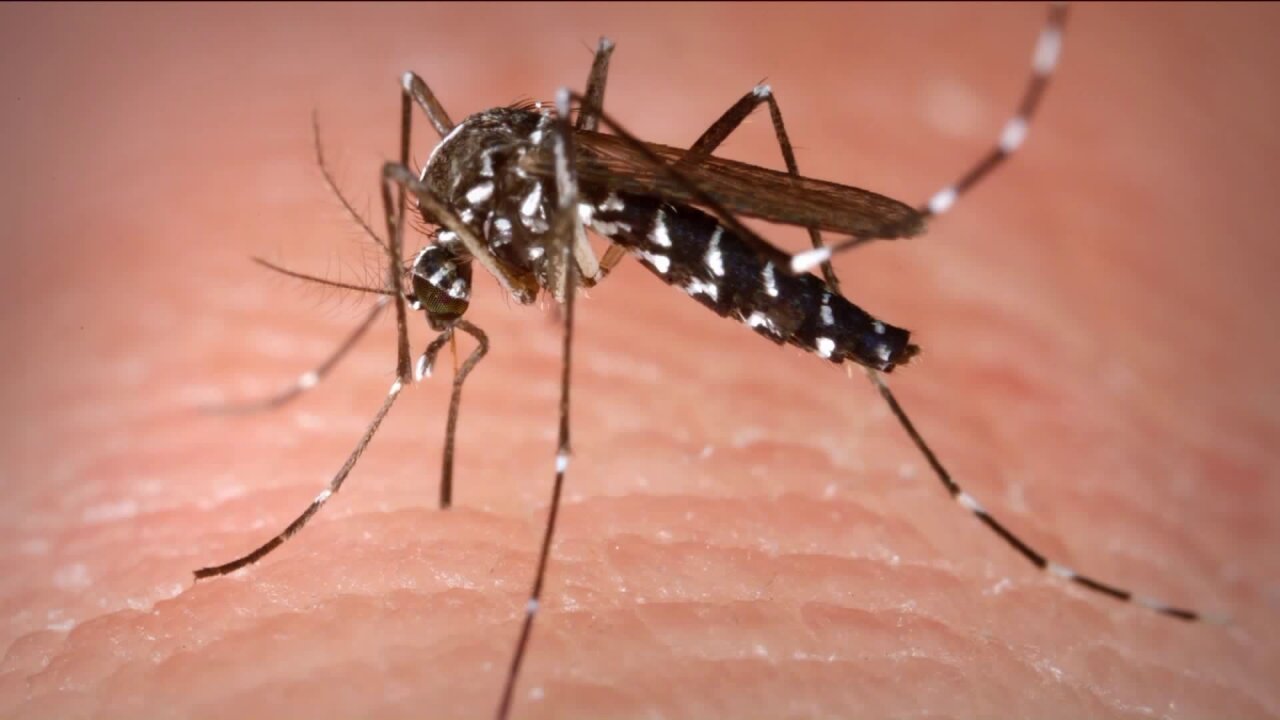 RICHMOND, Va. -- It's the year of the mosquito in Virginia. A wetter-than-average summer (it has rained 14 inches above normal, so far in 2018) and a hot June may have resulted in an uptick in mosquitoes carrying West Nile virus buzzing around town. One thing we know for sure, Virginia has now broken the record for the most number of human West Nile virus cases reported -- ever.

There have been 38 West Nile virus cases reported statewide, according to doctors with the Virginia Department of Health. Two of the 38 were located in Central Virginia. The Fairfax region, in Northern Virginia, experience the most cases -- seven.

West Nile virus is transmitted through bites of infected mosquitoes. The virus propagates faster when temperatures it 85 degrees or higher. And this year's hot June meant detection of West Nile happened earlier than usual.

While most people never feel symptoms, a few will get headaches, body aches, joint aches, vomiting, diarrhea, rash. Even less, about one in 150 infected people, develop severe fever, disorientation or confusion, vision loss, seizures, or paralysis.

For some, West Nile can be deadly.

"These cases serve as a reminder that mosquitoes that transmit West Nile virus can be active as late as the end of October here in Virginia," State Health Commissioner Dr. M. Norman Oliver said. "We are advising the public to avoid mosquito bites until the first frost."

The department provided the following information on the best ways to keep mosquitoes away.

Keep mosquitoes outside
Use air conditioning, or intact window and door screens. If you are not able to protect yourself from mosquitoes inside your home or hotel, sleep under a mosquito bed net.