Amy Schumer is arrested in protests 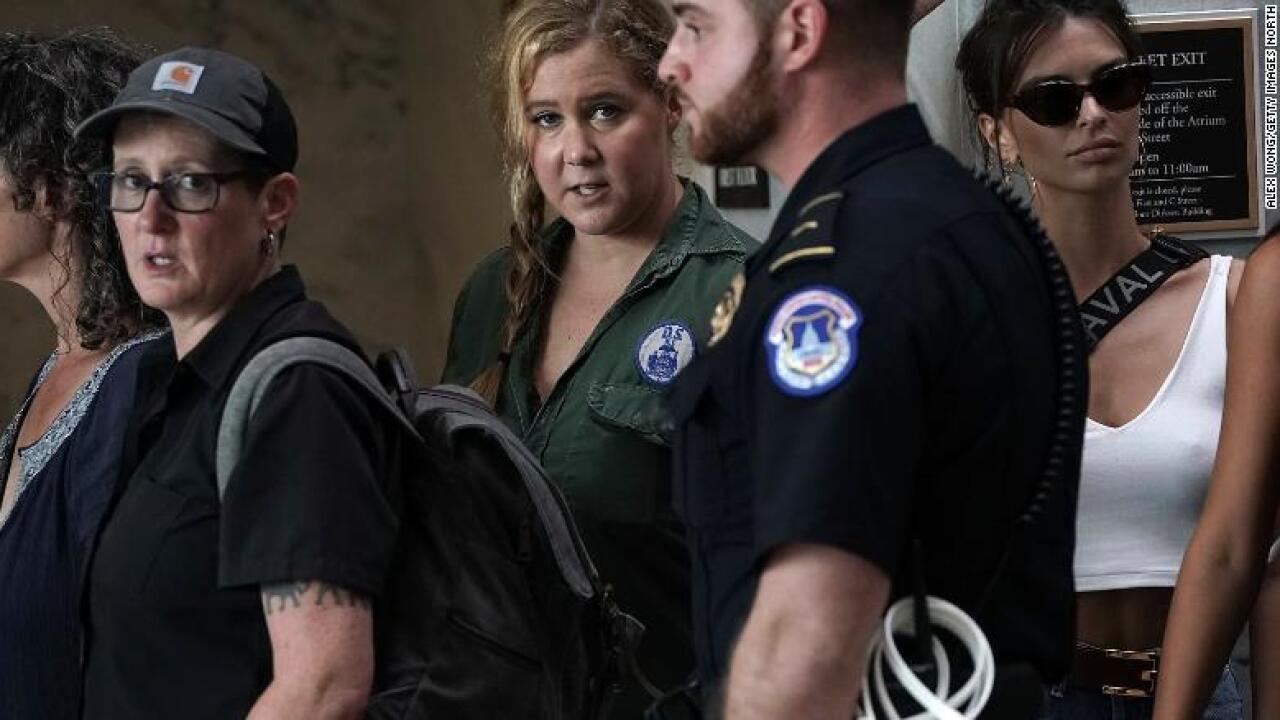 Hundreds of people turned up at a US Senate building in the nation’s capital to challenge Kavanaugh’s nomination after three women accused him of various forms of sexual misconduct. Schumer and Ratajkowski were among them.

Capitol Police said they arrested 302 people during the demonstrations. Video from the scene shows the two actresses being detained after an officer asks if they want to be arrested.

Additional footage shows them waiting to be processed near a wall with officers. Schumer told a CNN producer she was arrested. Ratajkowski said on social media that she was arrested, too.

“Today I was arrested protesting the Supreme Court nomination of Brett Kavanaugh, a man who has been accused by multiple women of sexual assault. Men who hurt women can no longer be placed in positions of power,” Ratajkowski tweeted.

Schumer and Ratajkowski appeared in the 2018 comedy “I Feel Pretty.”

The two were among crowds of activists who descended on Capitol Hill while lawmakers reviewed the FBI report on the allegations against Kavanaugh.

Protesters gathered at the Hart Senate Building atrium after Capitol Police barricaded the front of the Capitol. The Women’s March, a liberal organization that originated as a grassroots movement in opposition to President Donald Trump, was one of multiple groups tweeting from the protest at the Capitol building.

Following Kavanaugh’s nomination and his initial hearing before the Senate Judiciary Committee, Christine Blasey Ford came forward with an allegation that Kavanaugh sexually and physically assaulted her while they were both at a party during high school more than three decades ago.

Kavanaugh has repeatedly denied the allegations.

Kavanaugh and Ford both appeared before the committee last week, where lawmakers and a sex crimes prosecutor asked the two questions about the alleged incident.

The day after the hearing, Republicans on the Senate Judiciary Committee agreed to ask Trump to call on the FBI to conduct another supplemental background investigation into the allegations.

Trump did so — and on Thursday, the Senate began reviewing the FBI’s results after receiving the report early that morning. Lawmakers are expected to vote on Kavanaugh’s nomination in the coming days.