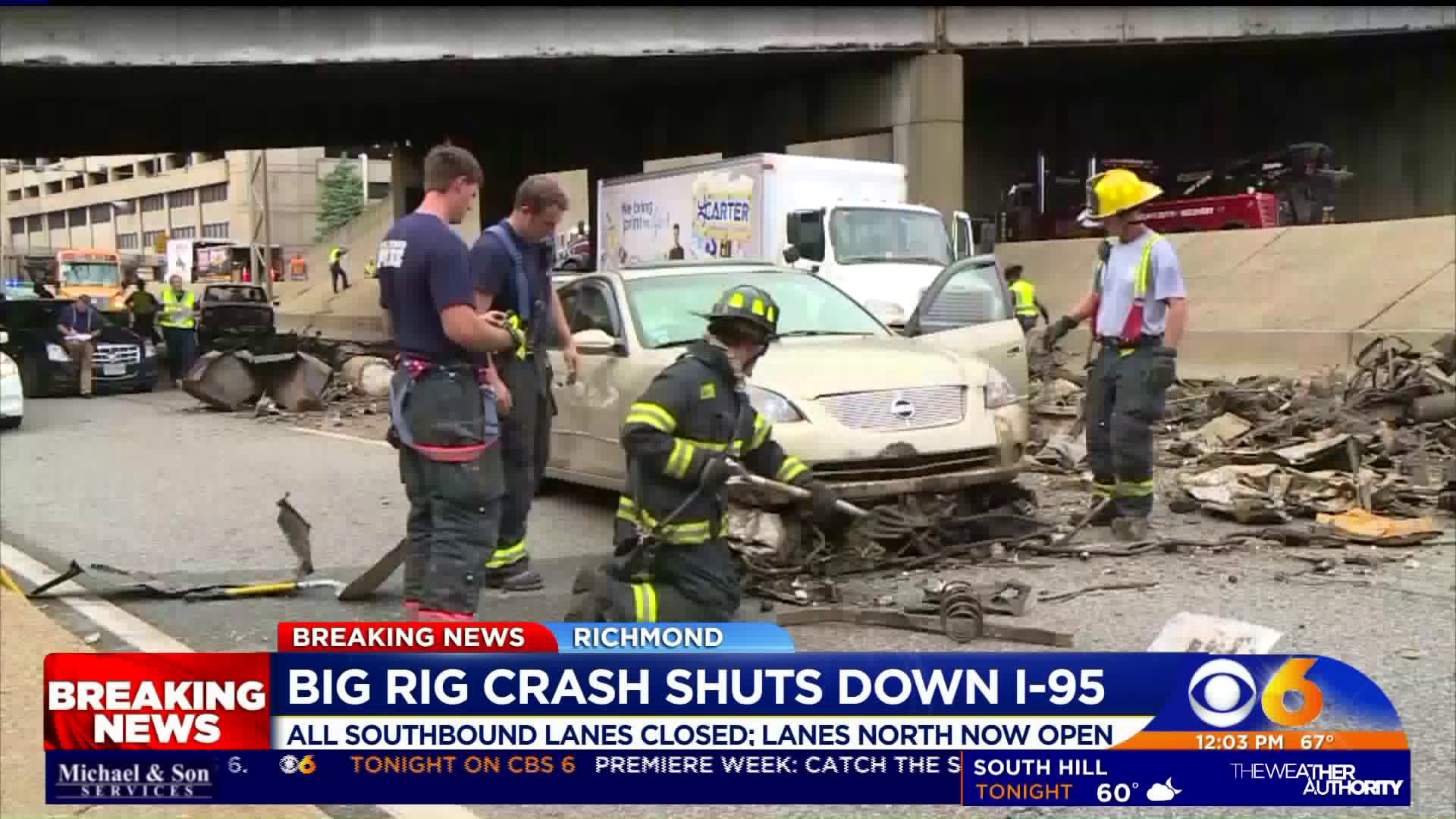 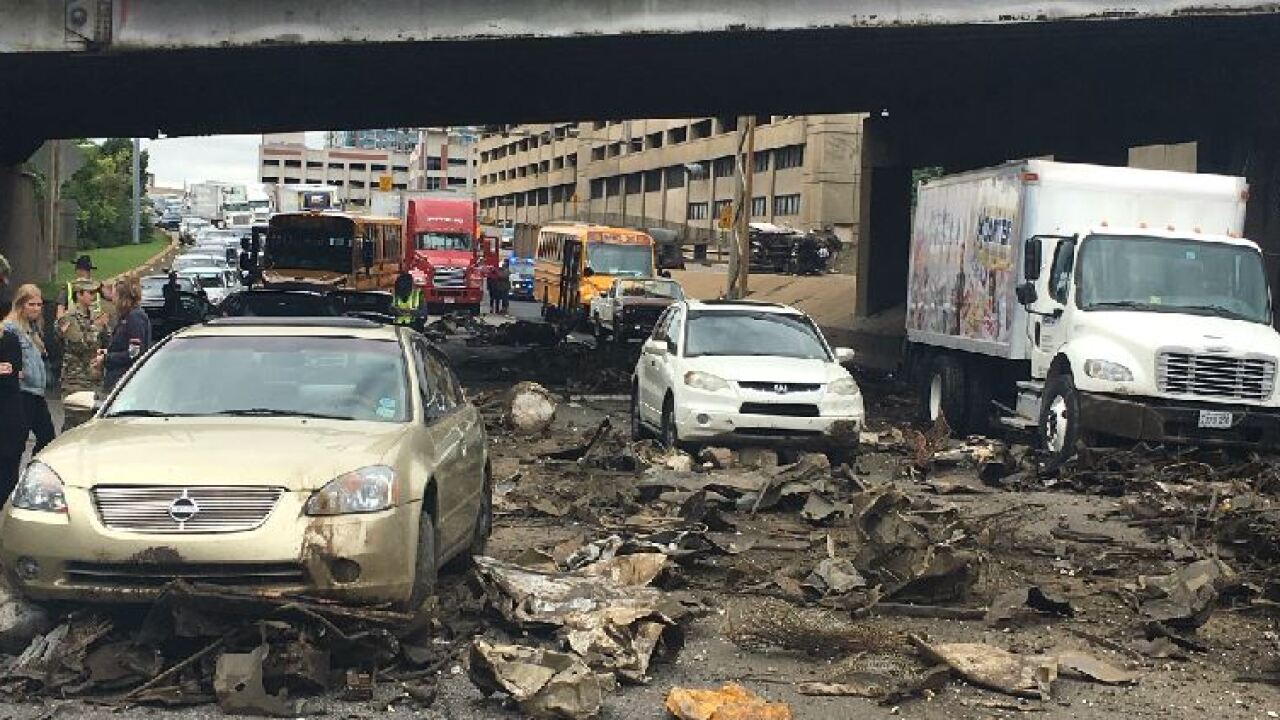 RICHMOND, Va. -- Interstate 95 in downtown Richmond was shutdown in both directions for hours after a tractor trailer spilled its load across lanes of travel Friday morning, according to Virginia State Police.

The preliminary investigation revealed that the driver of a tractor trailer hauling scrap metal was traveling southbound when he veered to the left, hitting the jersey wall, and then overturning. Scrap metal was sent flying into both the northbound and southbound lanes of the interstate. Traffic backed up for miles as crews worked to clean up the spill.

VDOT reports that approximately 6-9 vehicles sustained damage from the debris that was lost from the tractor. All of those vehicles were located on the northbound side of the interstate.

The driver of the tractor has been transported to the hospital for treatment of minor injuries.

At least one person was seen being taken away in an ambulance. That person's condition has not been released.

Charges are pending and the crash remains under investigation. The interstate will be closed for an extended amount of time due to the cleanup process. 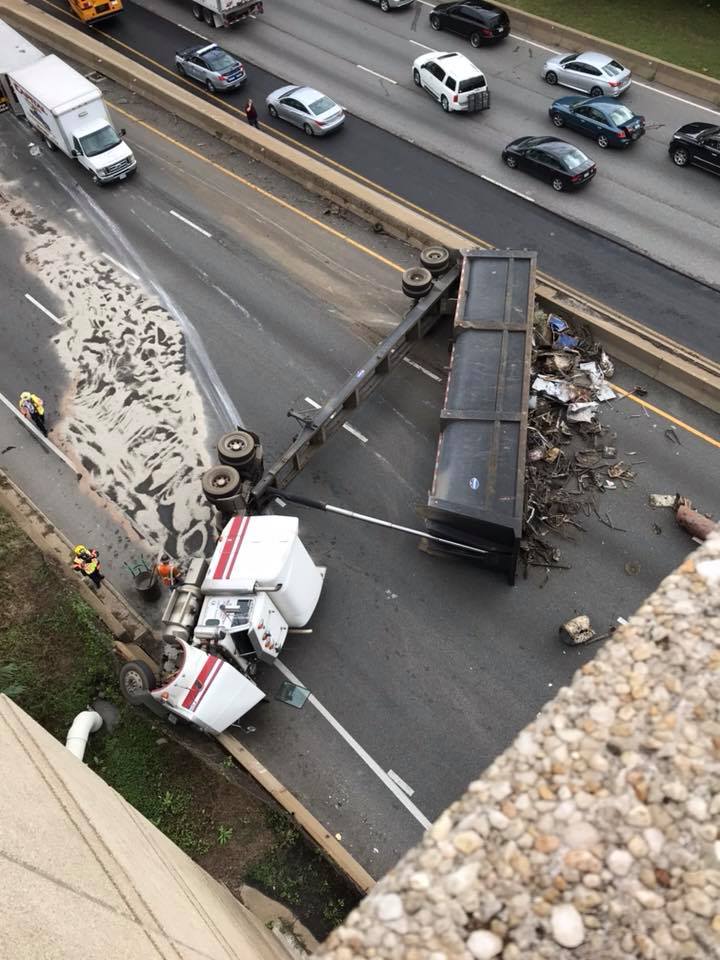 People who experienced the crash said it was like something out of a movie.

“Never seen anything like it, I never even imagined there would be something like this," one woman said.

Witnesses said everything happened so fast that they were struggling to comprehend what was going on.

“It hit our car and it smashed our windshield and we kind of went up -- so our front tires got on top of the metal," one witness said.

Witnesses said drivers checked to make sure sure everyone was OK after the crash.

“People were checking on each other and it was really amazing that it was a real concern that everyone is all right,” she said.