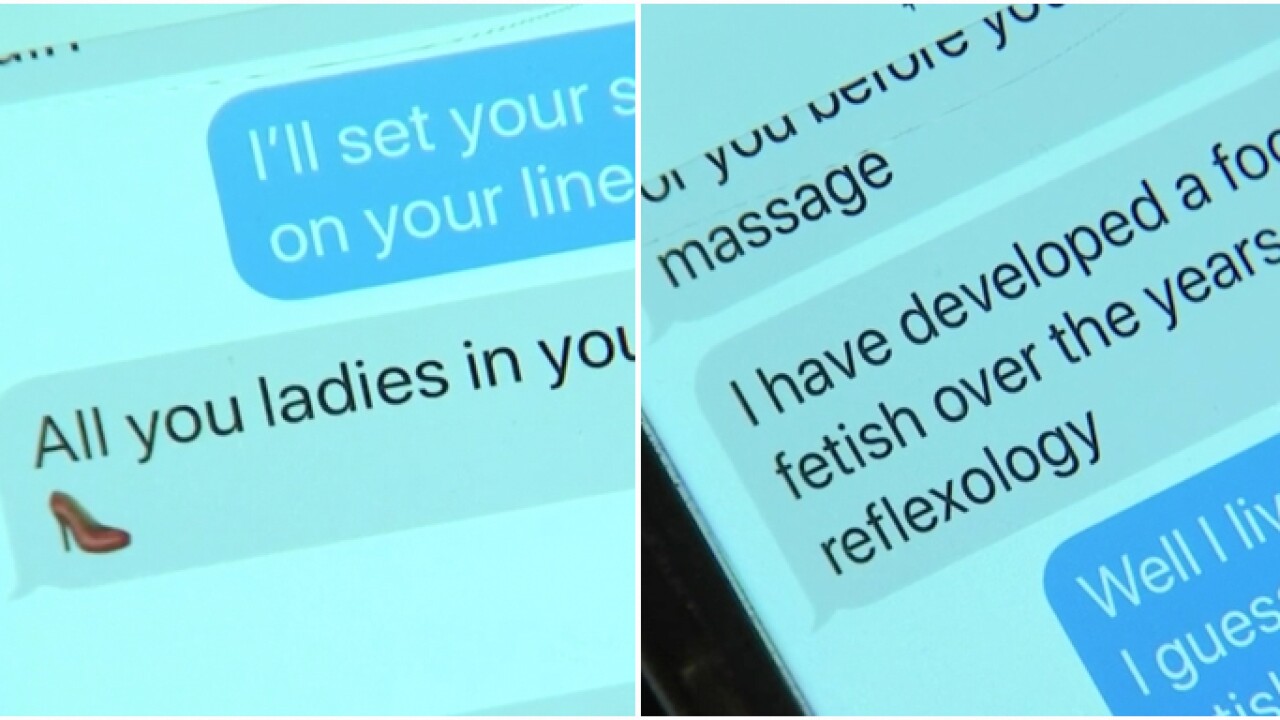 PHOENIX – Arizona realtors know him as “the foot fetish guy,” and he’s been creeping them out for years, according to KPHO.

A news crew finally tracked him down outside a north Phoenix coffee shop Monday.

His name is Anthony, and he admits to contacting countless Phoenix-area realtors through text and email, offering to rub their feet and asking about their high heels, according to KPHO.

When asked why he keeps doing it, Anthony replied, “I don’t know. I apologize.”

.@jasonbarrytv confronts a man with a foot fetish who has been creeping out female realtors for years. What he has to say —> https://t.co/I5tgOYYOJk pic.twitter.com/BYREHj4nhC

Staci Smedstad, general manager of DeLex Realty, says she was one of his recent targets. She saved a string of texts Anthony sent, while he was posing as a potential home buyer.

Within minutes, the conversation turned to foot rubs and his foot fetish.

“He would say, ‘I like giving foot rubs,’ and I would go back to the house thing,” said Smedstad. “Are you looking for three bedroom, two bath?”

Smedstad had heard about the foot fetish guy in the past from news stories and social media, but instead of just ignoring the strange texts, she reached out to KPHO and agreed to set up a sting operation and confront him.

The real estate broker would meet Anthony for coffee, then he’d be confronted when he walked out.

Anthony had told most of the realtors he was a reflexologist, and that’s why he was so interested in their feet. But that was a lie, according to the local TV news station – Anthony apologized and said he’s actually a bartender.

A number of realtors did contact the police to report Anthony but were told since he hadn’t broken any laws, there wasn’t much they could do.

Anthony promised to stop reaching out to realtors and keep his foot fetish to himself.

“I’m stupid, but I’m not doing it anymore, I promise,” said Anthony.

Anthony said that he didn’t realize he was creeping women out, and he didn’t mean any harm.