Kavanaugh accuser agrees to speak to Senate committee next week 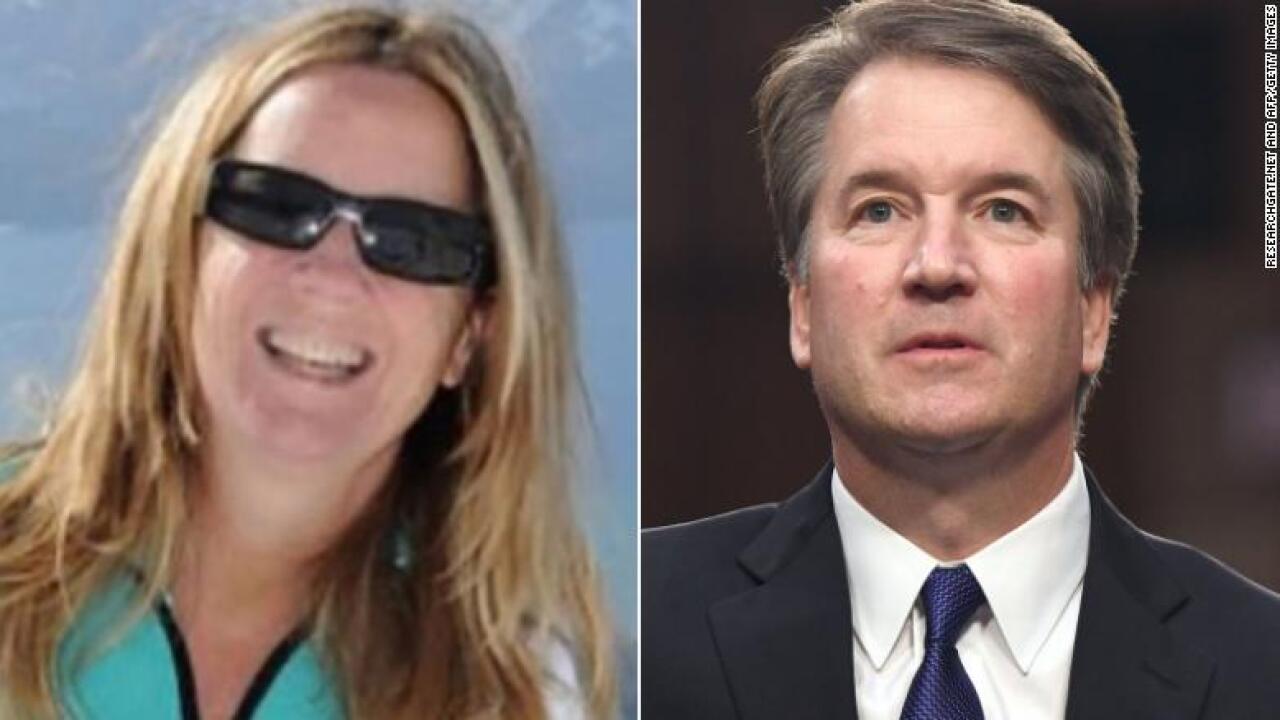 Christine Blasey Ford, the woman who has accused Supreme Court nominee Brett Kavanaugh of a past sexual assault, accepted the request to speak to the panel next week about the alleged incident, her lawyers told Senate Judiciary Committee staff on Saturday.

“Dr. Ford accepts the Committee’s request to provide her first-hand knowledge of Brett Kavanaugh’s sexual misconduct next week,” Debra Katz and Lisa Banks, attorneys representing Ford, wrote in a message to the committee.

But the message did not agree to a specified date and time for Ford to speak to the committee and said that “many aspects” of an earlier proposal by the committee were “fundamentally inconsistent with the Committee’s promise of a fair, impartial investigation into her allegations.”

The lawyers asked in their message to “set up a time for later this afternoon to continue our negotiations.”

Kavanaugh allies quickly pushed back on the latest response from Ford, arguing that it does not actually amount to accepting the committee’s invitation to testify.

A source close to the process who supports Kavanaugh told CNN, “This is not an ‘acceptance’ of anything at all. The email doesn’t even say she will testify. It says she will ‘provide her firsthand knowledge’ but it doesn’t say how. It says she will do so ‘next week’ but doesn’t say when. And it says the rest of the terms are still up for negotiation. It ‘accepts’ nothing at all, but the language is very carefully calculated to give her credit for having accepted.”

Several points of contention still need to be worked out before there is any final deal. Some of those differences are as follows:

A source close to Ford says the legal team still wants the hearing on Thursday. Senate Judiciary has proposed Wednesday.

Ford’s team still wants questioning only by senators, while some on the committee are pushing for a female outside counsel to do at least part of the questioning for the majority. Ford’s lawyers also still want some others to testify or be subpoenaed, including Kavanaugh’s high school friend Mark Judge, who was identified by Ford as someone else in the room during the alleged assault.

Judge told the committee in a letter sent by his lawyer earlier in the week that he has “no memory” of the alleged incident and said that he does “not wish speak publicly” about Ford’s accusations. He also denied the allegation in an interview with The Weekly Standard last week.

CNN obtained an email Bromwich sent to his law firm, Robbins Russell, saying that because objections had been raised, he is resigning effective immediately.

“Within the past few days, I have been asked to serve as one of Christine Blasey Ford’s attorneys,” the email reads. “My role will likely require me to appear publicly on Dr. Ford’s behalf, and the Senate is being advised of my involvement this afternoon. Because objections have been raised within the partnership to my doing so while employed by the firm, I am resigning from the firm, effective immediately.”

The statement from Ford’s lawyers on Saturday is the latest in a tense back-and-forth with the Senate Judiciary Committee’s GOP majority over the terms under which Ford would be willing to testify before the panel next week about her allegation. It remains unclear whether the two sides will reach an agreement.

Grassley tweeted that he “granted another extension” to Christine Blasey Ford, saying “she (should) decide so we can move on. I want to hear her.”

The Senate Judiciary Committee had given Ford’s attorneys a deadline of 2:30 p.m. ET Saturday to respond with their decision, a committee source confirmed to CNN.

The panel had proposed holding a hearing next Wednesday in which it would hear testimony from both Kavanaugh and Ford, according to a source with knowledge of the matter.

The committee earlier Friday had set a deadline of 5 p.m. ET for Ford to decide, later extending that to 10 p.m. In response, Debra Katz, who is representing Ford, wrote in a letter to the committee that its “cavalier treatment of a sexual assault survivor who has been doing her best to cooperate with the Committee is completely inappropriate.”

Calling the deadline arbitrary, Katz wrote in a letter that “our modest request is that she be given an additional day to make her decision.”

Had Ford’s lawyers not responded to the proposal or if Ford decided not to testify by the deadline, Grassley said, the committee would vote on Kavanaugh’s nomination Monday.

Sen. Dianne Feinstein of California, the top Democrat on the Judiciary Committee, accused Republicans of “bullying a survivor of attempted rape in order to confirm a nominee” by saying they will vote Monday on the nomination if they don’t reach an agreement with Ford and her lawyers for her to testify.

“It’s clear that Republicans have learned nothing over the last 27 years. Bullying a survivor of attempted rape in order to confirm a nominee — particularly at a time when she’s receiving death threats — is an extreme abuse of power,” Feinstein said in a statement. “I’m shocked and appalled by the Republicans’ refusal to wait 24 hours for a hearing and instead rush forward with a vote on Monday. From the outset Republicans have tried to push through this nomination at all costs.”

Max Young, a spokesman for Senate Minority Leader Chuck Schumer, said, “At approximately 2:30 Republicans sent her a proposal and gave her a 5 p.m. deadline. Shortly after they wrote her, she responded and said I need 24 hours to talk to my client. At 6:30 they gave her a 10 p.m. deadline. … At this point, the Senate has shown significantly more deference to Facebook and Google’s hearing-scheduling requests than to Ford’s.”

Ford’s lawyers said Thursday night that Ford wouldn’t be able to get to Washington before next Thursday because of all that her family is dealing with, according to a Senate Democratic leadership aide.

The proposed hearing, according to three sources, would include an outside counsel who would ask questions. The proposal calls for Ford to testify first and Kavanaugh second.

The order of testimonies is the opposite of what Ford, through her lawyers, has requested, according to a senior congressional source.

Another source told CNN that Republicans are dealing with internal disagreements about whether they should use an outside counsel. Multiple senior members of the committee are pushing for one, while others are less interested, according to the source, making it unclear whether this will make it into the final proposal to Ford.

Her lawyers previously suggested that the committee’s senators question their client, not an outside counsel.

A Senate Republican aide told CNN Friday that a special counsel would prevent the politicization of Ford’s questioning.

“Senate Democrats rightly said that the Senate should not bully Dr. Ford … the way to depoliticize that and ensure that is with an outside counsel,” they said.

But the use of an outside counsel is receiving pushback from Senate Democrats. An aide to a member of the Senate’s Democratic leadership told CNN that, “outside counsel doesn’t vote on Kavanaugh. Senators do. Republicans need to do their jobs and not hide.”

Ford also requested that at no point during any potential hearing would she be in the same room as Kavanaugh.