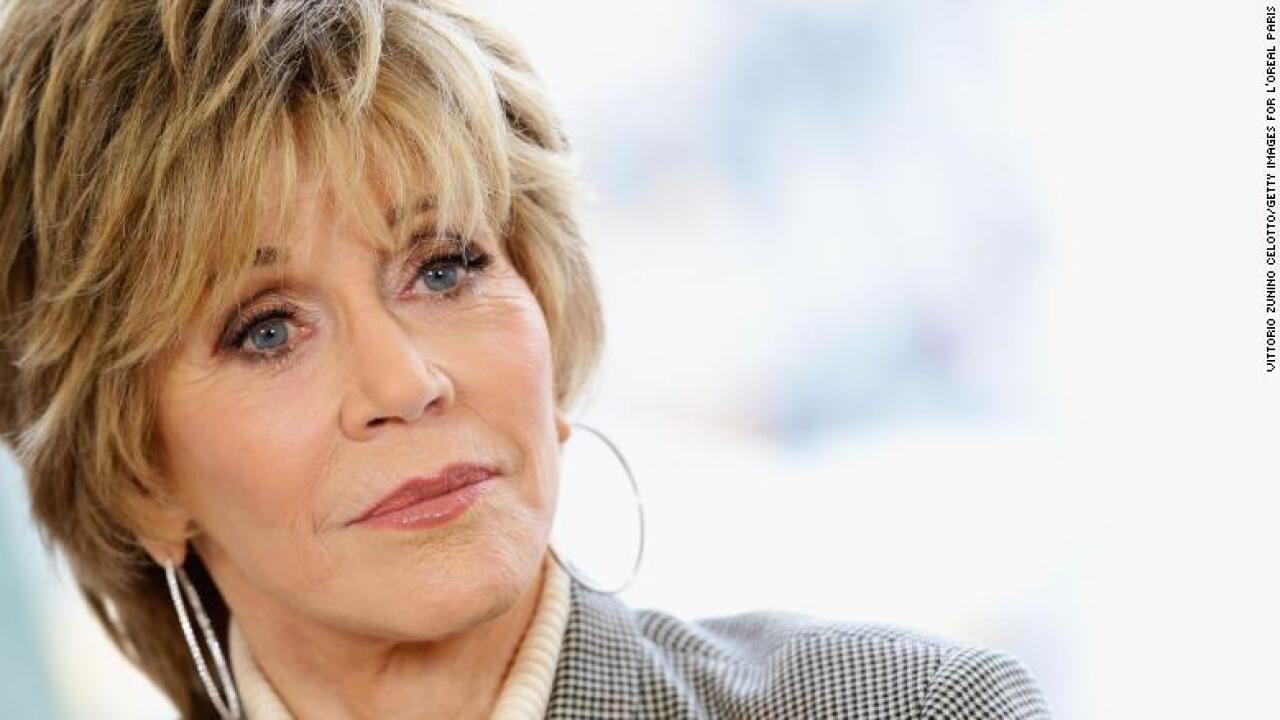 Jane Fonda’s life is so filled with drama that her illustrious screen career feels a bit short-changed by “Jane Fonda in Five Acts,” an HBO documentary that opens with audiotapes of President Nixon badmouthing the actress and only gets more interesting from there.

Director Susan Lacy has brought her form of deep-dive biography over from PBS, having last profiled Steven Spielberg. Her reputation fosters considerable access to her subjects, the tradeoff being that these films heap praise upon them, which might be deserved but can still feel a little squishy around the edges.

Still, hearing extensively from Fonda — at 80, vibrant, defiant and introspective — is more than worth it, as she discusses the various lifetimes she’s lived, through the somewhat arbitrary filter of the men who have populated her life.

“A lot of other people were defining me, all of them men,” Fonda says, describing her formative years.

Act I begins, inevitably, with her father Henry, the legendary actor, whose genial on-screen persona belied the tumult that characterized their home. “I grew up in the shadow of a national monument,” Fonda says, later circling back to their relationship when she discusses their work together in “On Golden Pond.”

Fonda and her brother eventually went into the family business, but the second chapter in her life is described by her marriage to French director Roger Vadim, which also coincides with her dawning political consciousness and heightened activism. That would eventually segue into Act III, and her marriage to political firebrand Tom Hayden, with the great irony that she produced her moneymaking workout video largely — about as capitalistic an action as one could undertake — to fund their crusading.

Fonda made waves, of course, with her statements and actions when visiting Vietnam, which earned her the derisive nickname “Hanoi Jane.” For many, it would be a black mark from which she struggled to recover, even when public opinion turned strongly against the war and became more charitable toward those who opposed it.

The final chapters shift to Fonda’s whirlwind romance with media mogul Ted Turner, before reaching what she characterizes as the final act, which finds her taking center stage, alone. After a period of dormancy during her last marriage Fonda has been working feverishly — in shows like “The Newsroom” and “Grace and Frankie” — while remaining every bit as outspoken, including her criticism and activism regarding the Trump administration.

If there’s a complaint here, it’s that Fonda’s movies are somewhat overwhelmed by the off-screen drama. Yes, there are glimpses of “Klute,” “Cat Ballou” and “Barefoot in the Park,” but in many respects her acting isn’t given all the credit it’s due, mostly because the movies — especially projects like “Barbarella,” “The China Syndrome,” “Coming Home” and “On Golden Pond” — often wind up illustrating personal matters.

Discussing her life now, Fonda seems to revel in her vitality, and opens up on a variety of topics. She admits to having plastic surgery, for example, before saying, “I wish I was braver.”

As “Jane Fonda in Five Acts” makes clear, Fonda has been plenty brave, indeed — so much so that even a two-hour-plus documentary feels as if it could have used a couple more acts, frankly, to fully do her justice.

“Jane Fonda in Five Acts” will receive a limited theatrical release Sept. 21, and premieres Sept. 24 at 8 p.m. on HBO.