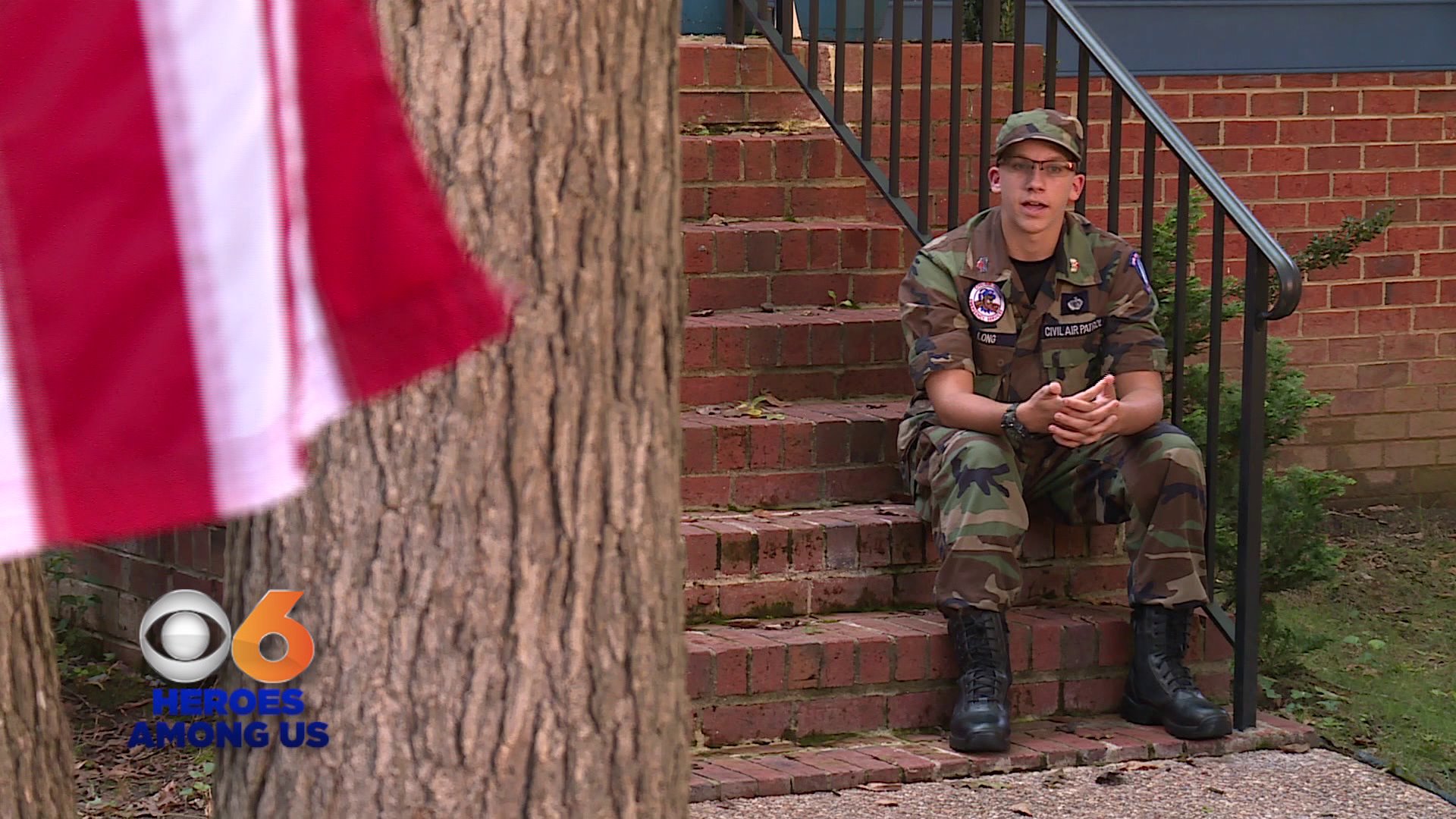 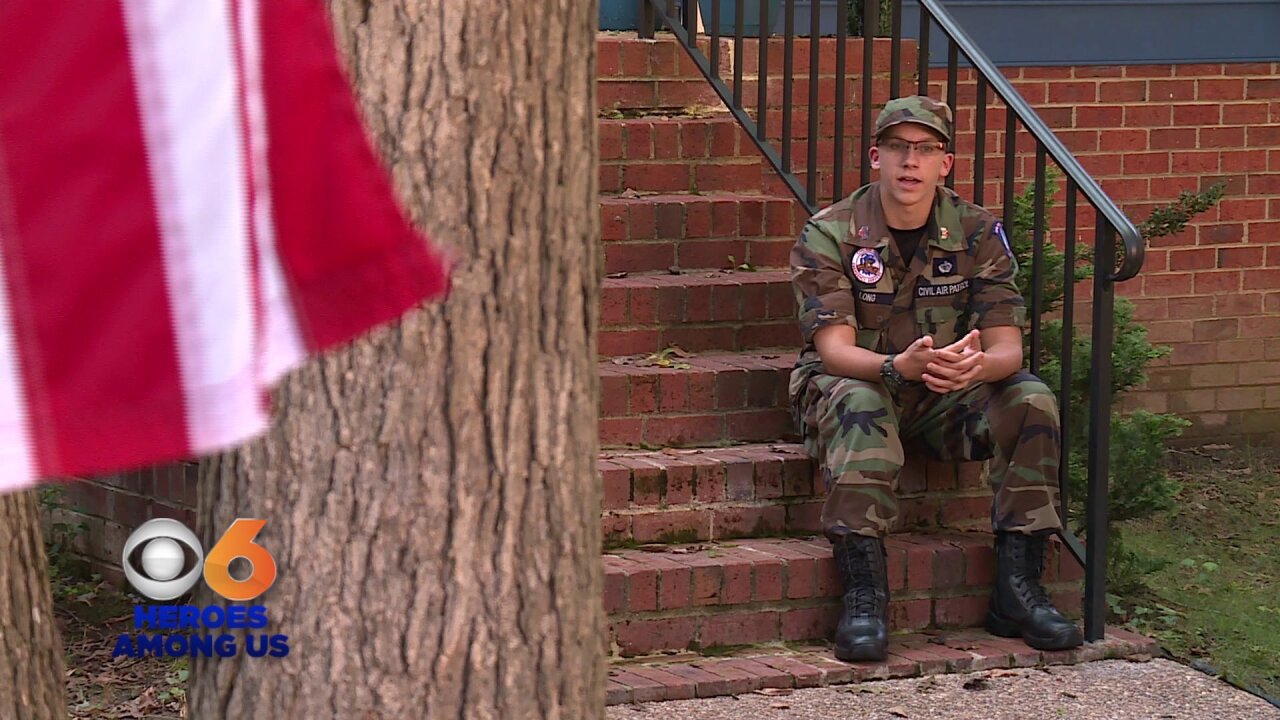 CHESTERFIELD COUNTY, Va. -- Three weeks into his freshman year at Midlothian High School and Connor Long is prepping for the field trip of a lifetime.

The 15-year-old’s itinerary does not include camping, hiking, or fishing.

“We’d like to give them everything we can,” Long said. “We take it very seriously.”

Conor joined the Civil Air Patrol two years ago. CAP is an auxiliary of the U.S. Air Force made up mostly of teens like Connor.

“The CAP motto is Semper Vigilant which is always vigilant,” Connor said. “Just a ‘thank you’ or thumbs up means so much because you’re volunteering your time."

CAP cadets of the Virginia Wing will distribute food and water to those struggling to recover from Hurricane Florence.

“It allows us to give back to a community while knowing you can make a difference,” Long said.

A tall task for someone so young. But Connor said he could not think of being anywhere else.

“I am kind of nervous, but I am excited to go and help those people,” he said. 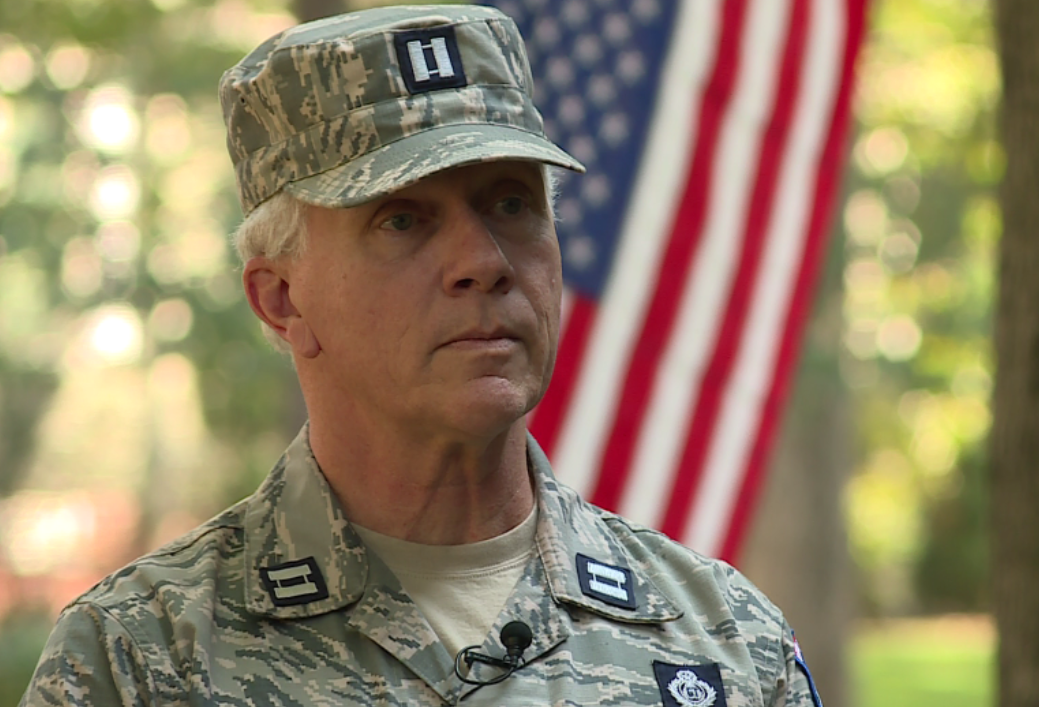 Capt. Bob Allam will lead some of the 100 cadets from Central Virginia on the ground in North Carolina.

“Kudos to all of the schools for allowing the kids to miss a few days of school to do this kind of service,” Captain Allam said. “Some of the core values of the CAP are excellence, integrity, respect and volunteer service.”

“He is an awesome guy, but I have a biased view,” Allam said.

Connor said it was an honor to follow in his grandfather’s footsteps.

“It's still cool to come back and know I’m going to help a community but knowing I did it with family,” Long said.

Judy Long bursts with pride knowing her son will gain knowledge far beyond the classroom.

“I know they’ll be safe, but I’m nervous and excited at the same time,” Judy said. “The sports is awesome and the extracurricular activities are awesome but for our family we appreciate this hands on learning.”

Sacrificing themselves for others and helping strangers in need. For Connor and his grandfather, it’s a family affair.

“I think I’ll come back more humble and thankful for what I have,” Long said.

Connor and his grandfather are scheduled to return to Chesterfield next week.