Chesterfield family loses home in tornado outbreak: ‘We still have each other’ 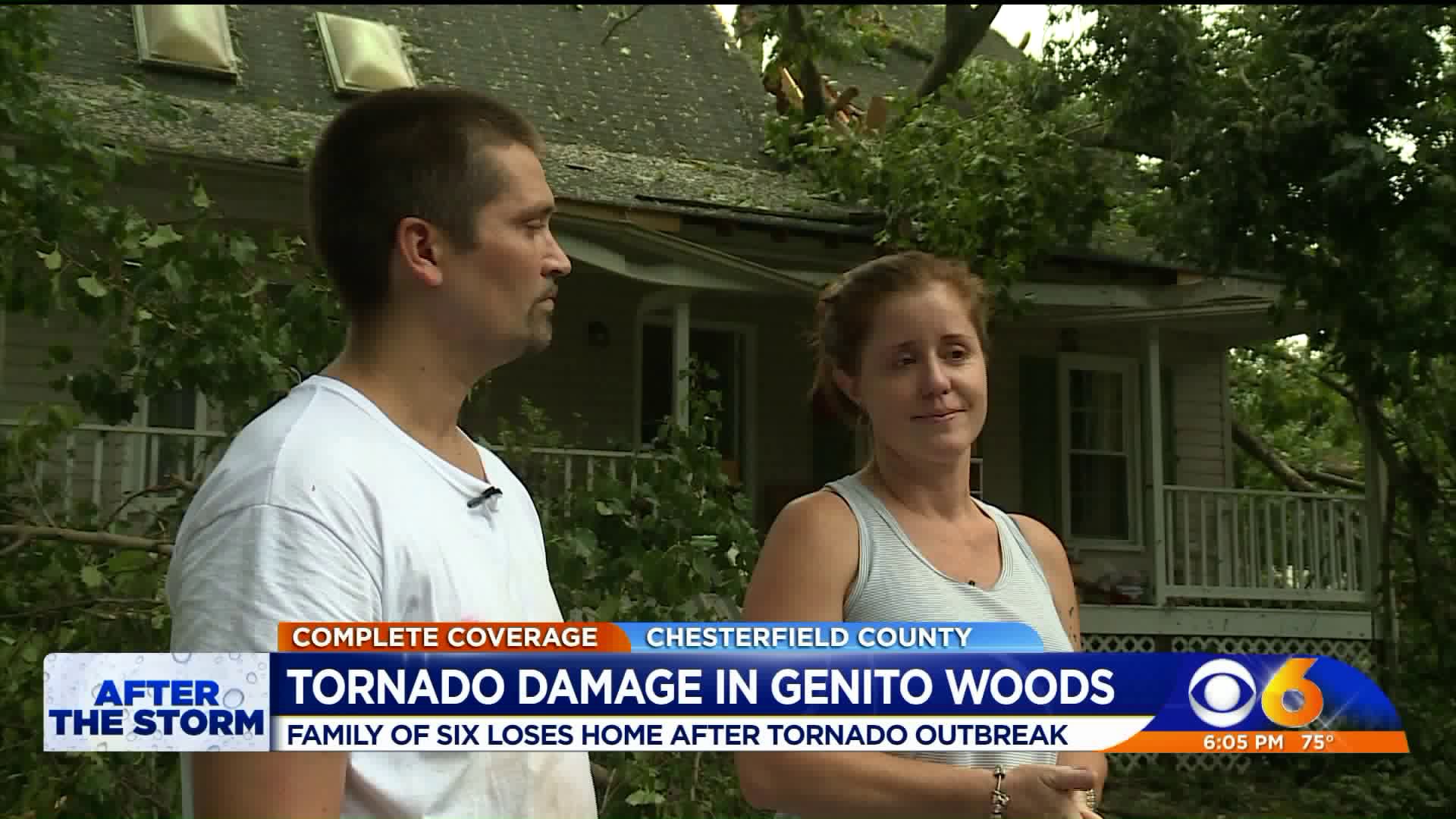 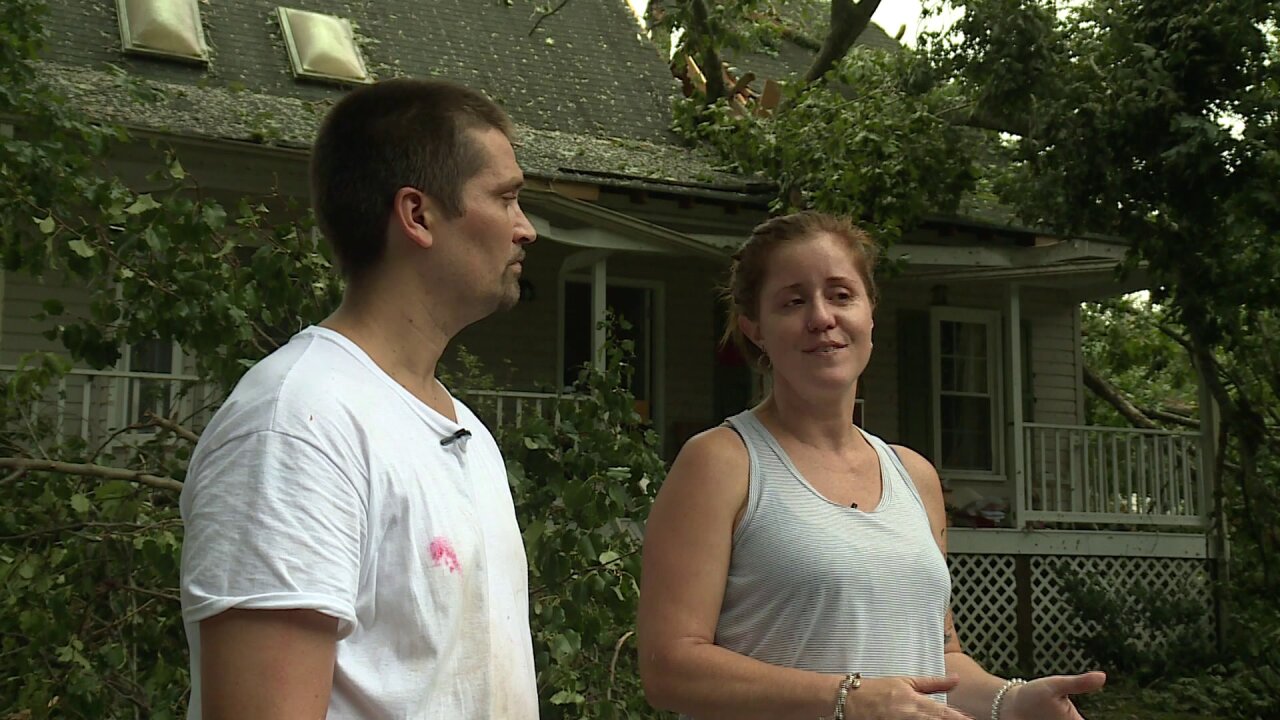 CHESTERFIELD COUNTY, Va. – Investigators with the National Weather Service confirmed an F-2 tornado touched down on Speeks Drive in Midlothian, taking a life, and causing damage within a several block radius.

“This is bad, but I think about the gentleman that lost his life at Old Dominion and I can’t imagine what his family is going through right now,” said Sabine, a mother of four.

The family’s home in Genito Woods, less than a mile away from Speeks Drive, was destroyed when the tornado moved through the area.

Tuesday, the family tried to salvage what they could and get out before the rest of the structure collapsed.

“I tell you man, its heart-breaking man, we love this little house. It’s a cute little house and it’s been perfect for us. It is awful man, heartbreaking,” expressed Miguel Valentin.

The tornado essentially threw a tree through their roof, into their master bedroom.

“Our 9-year-old’s bedroom is underneath our bedroom, and last night it was just a crack in the ceiling and while we were unloading stuff earlier, the ceiling fell down, it just straight fell through,” added Valentin.

In an instant, the house this family of six called home for four years is now gone. But the family says they are finding joy in the fact that they still have each other.

“Just knowing that the kids were safe. They said, ‘Mommy, don’t cry, we still have each other,’ and for a 7 and 9-year-old to say that, it’s just amazing,” Sabine said through tears.

The family is temporarily living in a hotel as they try to find a long-term solution and new place to call home.