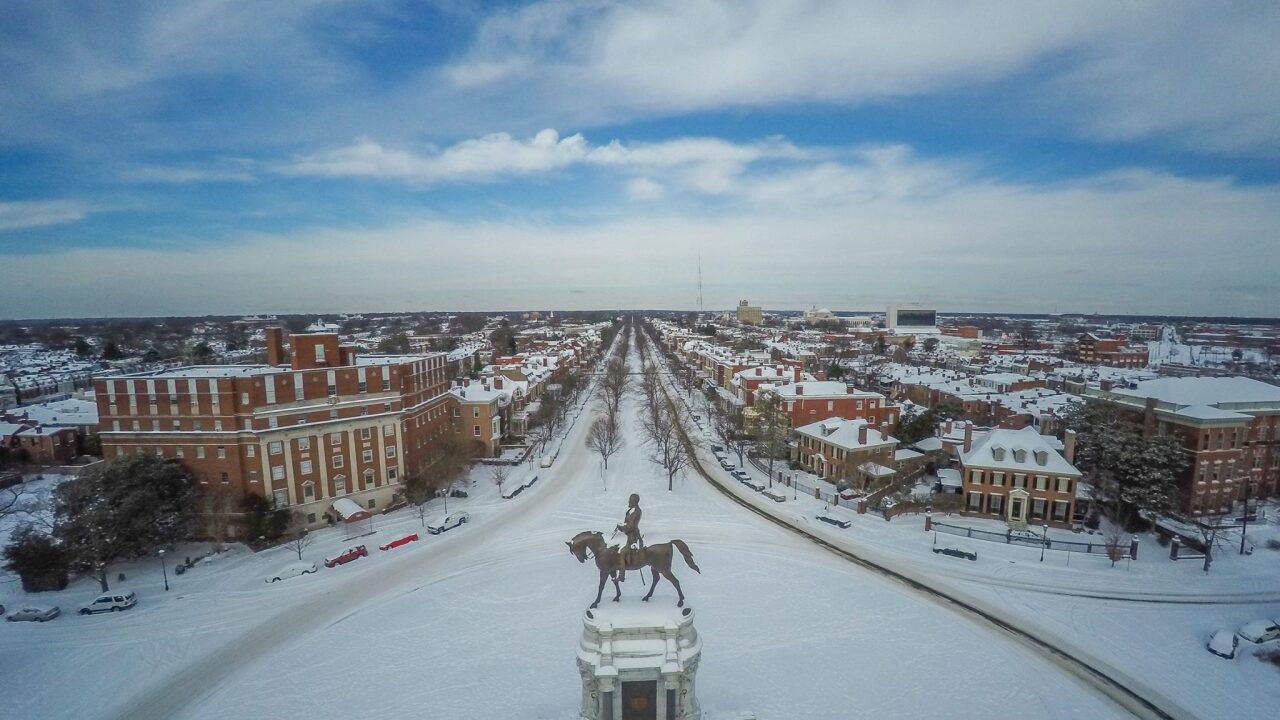 RICHMOND, Va. — In the fall of 2015, VCU Arts professor Camden Whitehead directed his class of design students to create a prosthetic for one of the many monuments that line Richmond’s Monument Avenue.

For the project, the prosthetic was intended to serve as an additional element to the monuments – something that would add context to the controversial statues of Confederate heroes what punctuate the avenue .

“We started after the murders in Charleston and Ferguson, long before Charlottesville,” Whitehead said. “And particularly after the Charleston murders we said ‘we have to get our students involved in this in some way.’  With Richmond being the epicenter of the debate over these monuments, we knew that it was going to be a big issue.”

Now, thanks to a grant by the National Endowment for the Arts, the Storefront Community for Design, and M0bStudi0 (a collaboration between Storefront and community design apprentices at VCU arts) are inviting teams of planners, architects, designers, artists, and curious individuals from around the globe to participate in a contest to conceptually re-imagine Monument Avenue.

The competition entitled “Monument Avenue: General Demotion/General Devotion” asks designers to reconsider Monument Avenue while addressing its historical significance, both as a famous landmark, an interurban connector, and an epicenter of the debate over Confederate statues in public spaces.

“The name plays on the notion that there are many people devoted to the monuments and many people who would just as soon demote them,” Whitehead said.

Recent discussion and debate over the future of the statues has been centralized around four conventional arguments:

Whitehead believes that these solutions all leave something to be desired.

Through creative design, he hopes the contest encourages innovative proposals and conversations that move past these universally accepted, yet highly partisan, arguments and towards real, implementable solutions.

“People have talked about the monuments until they’re blue in the face, I think its time that we say ‘well, what if this happened or what if this happened?,” Whitehead said.  “I also think these ideas have the tendency to diffuse the polarization that happens – when there’s 30 or 40 or 50 proposals, people start talking about the merits of the proposals and not just their position.”

Earlier this summer, Richmond Mayor Levar Stoney announced the creation of a commission to “help the city redefine” the false narrative of the Confederate statues lining Monument Avenue.

The commission intended to focus on the solution of “adding context” to the statues through plaques or signs next to the statues, but as Whitehead pointed out, the very idea of “context” when it comes to the monuments is more complicated than simply providing historical background.

“Most people will say ‘Oh we’ll put some signs up that tell something about the statue,’ but while that tells something about the statue just like having a tag on a painting at a museum does, it doesn’t challenge the statue at all,” Whitehead said. “And so we think that providing context to the statues could mean something more like putting another statue next to them.  If Gabriel Prosser was beside the Lee Statue, then that give an entirely new meaning to the Lee Statue.”

While the contest is solely an “ideas competition” and has no influence over the actual fate of the statues, Whitehead said that designers have a distinct ability to physically conceptualize ideas that previously existed only in imagination; a crucial step in moving towards a solution to the highly political debate.

“What we realized with the original exercise we did with the students [in 2015] was that design has a lot of power to generate conversation outside of things being built and things being made,” Whitehead said.  “And designers have an ability to imagine things – and to make graphic those things that they imagine.”

The competition will be judged by five jurors, each of whom are experts in various fields of architecture, urban planning, social justice, African-American history, and design.

The top 20 selections will be printed and displayed at The Valentine beginning in February 2019 while the remaining entries will be shown digitally inside the exhibit. In November 2019, the jurors will announce their selections as well as the “People’s Choice Award” winner.

A total of $10,00 in prize money will be awarded to winning selections, and the exhibit will  remain open to the public until December 2019.