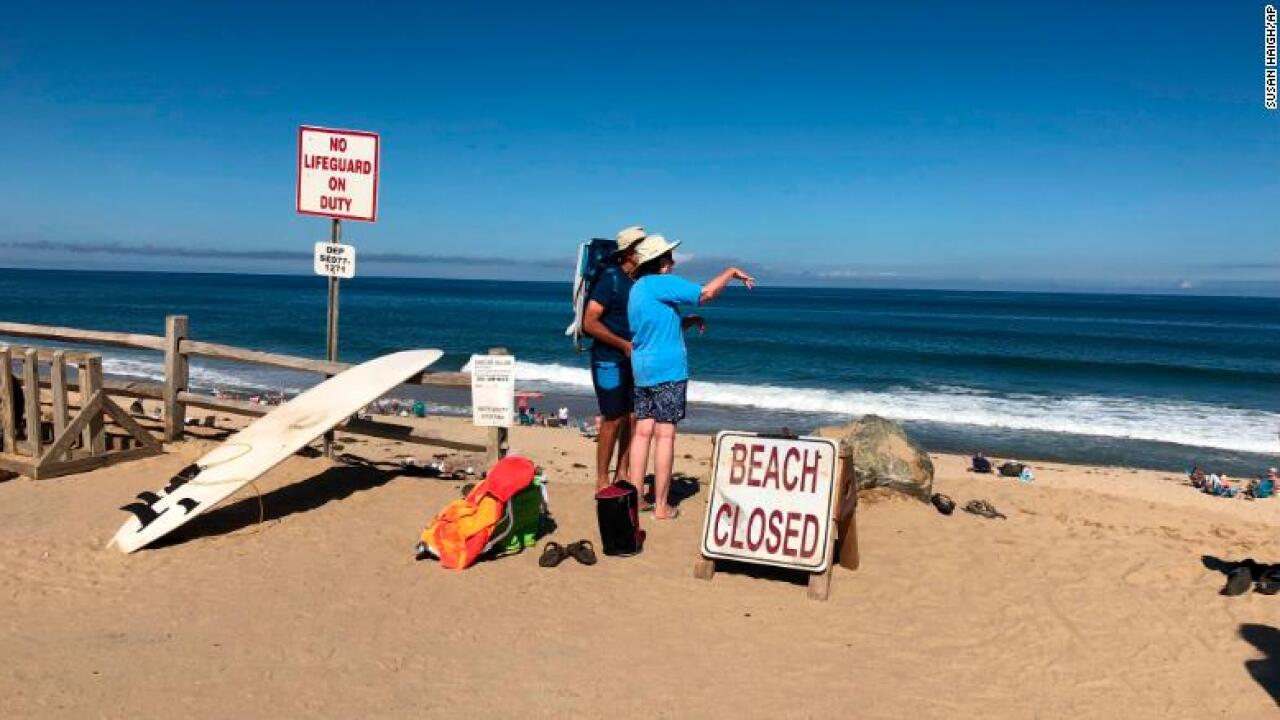 A swimmer at a Cape Cod beach died Saturday in what experts believe is the first fatal shark attack in Massachusetts in more than 80 years.

The injured swimmer — identified as 26-year-old Arthur Medici of Revere, Massachusetts — was given first aid, including CPR, but died at Cape Cod Hospital in Hyannis. His name was released by Cape and Islands Assistant District Attorney Tara Miltimore.

Chris Hartsgrove, acting deputy chief of Cape Cod National Seashore, said the injuries appeared to be from a shark. The official cause of death will be determined by the medical examiner.

Shark sightings have been increasing in the area as the gray seal population has increased.

A 61-year-old man suffered puncture wounds in a Cape Cod shark attack last month. The incident occurred in Truro within the boundary of Cape Cod National Seashore. The man was standing about 30 yards offshore when he was bitten.

The last fatal shark attack in Massachusetts was in 1936, according to the Florida Program for Shark Research at the Florida Museum of Natural History.

Gavin Naylor, the director of the program, told CNN that such attacks are “very rare” and that “shark attacks in the summer are a direct consequence of more people and more animals in the water.”

Naylor advised people not to go into the water alone or at dawn or dusk. He also said the heavy presence of seals and quickly moving or jumping throngs of fish may signal the presence of a shark.