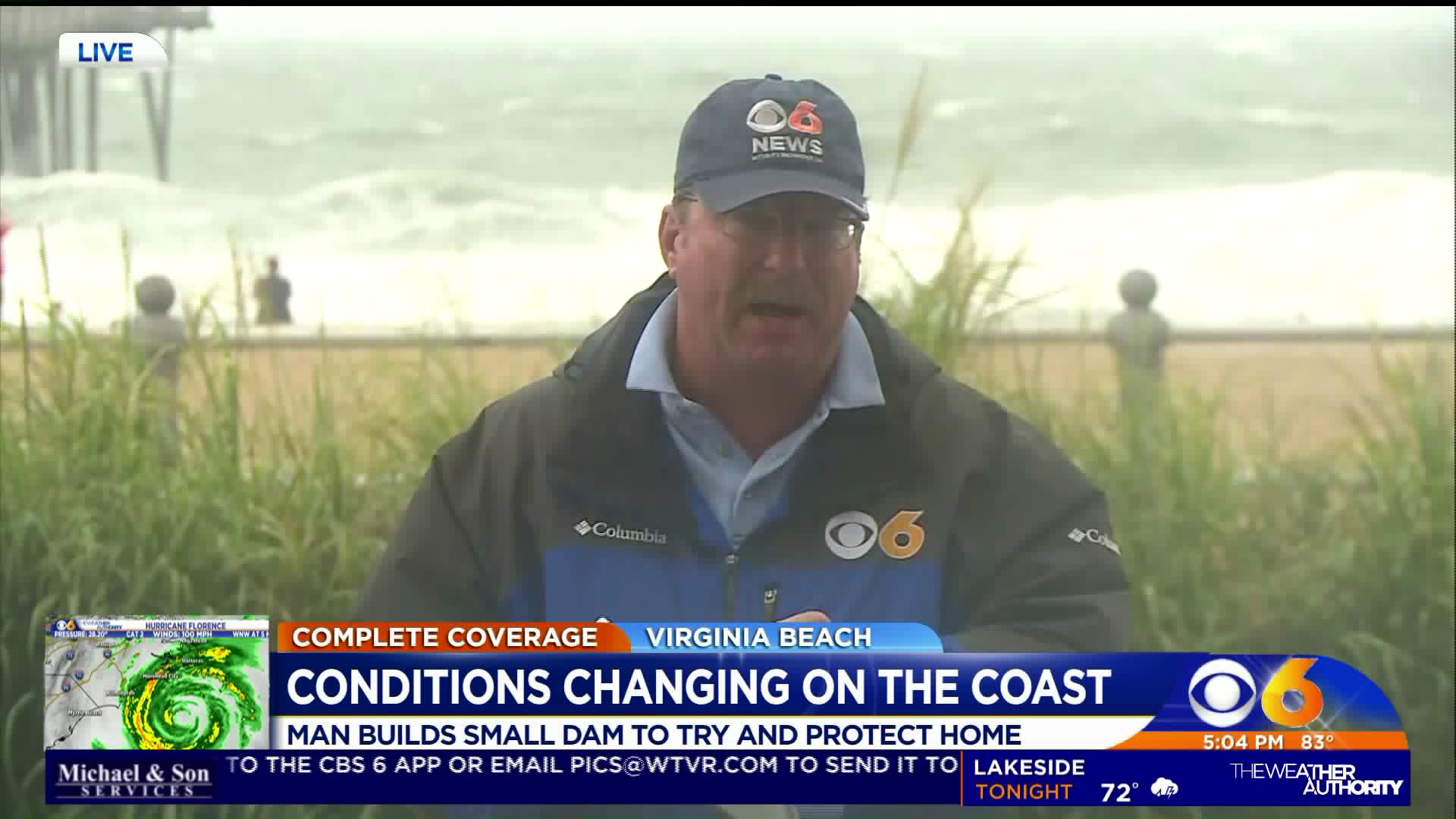 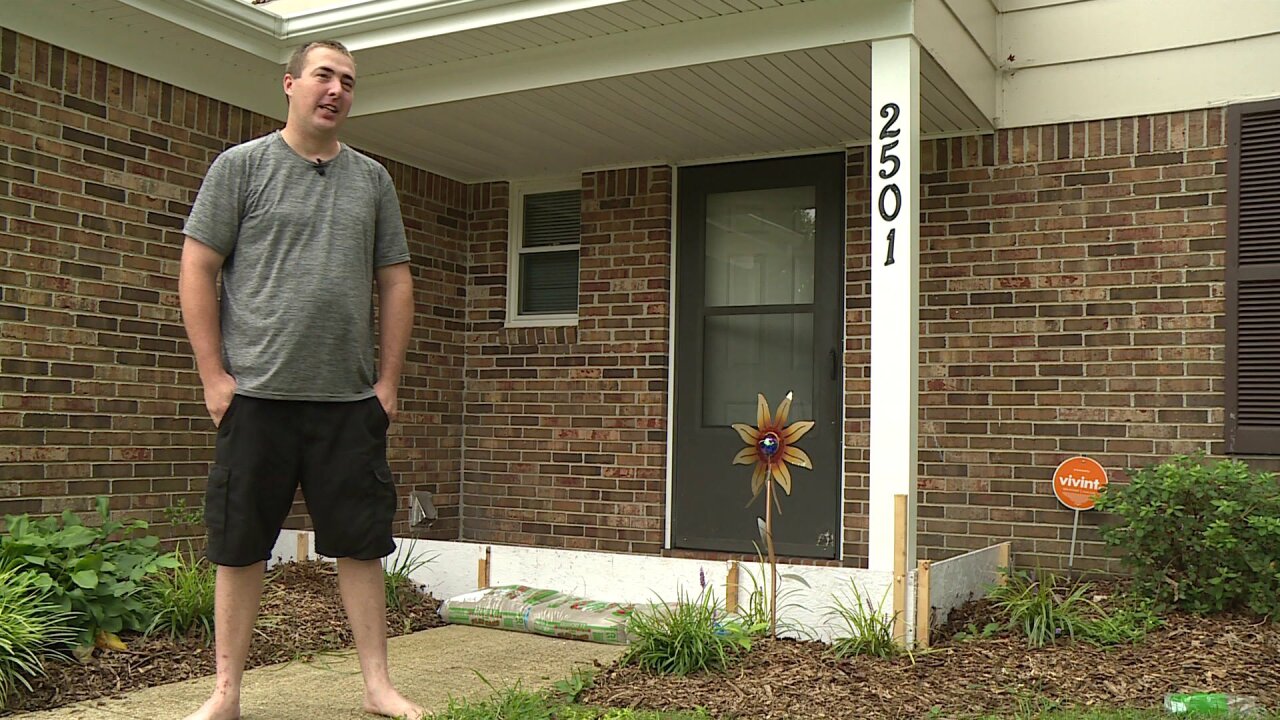 VIRGINIA BEACH, Va. -- The seemingly simple task of checking for mail might not be so easy to do in just 24 hours for John Langhorne.

“It has come up to the top of my mailbox,” Langhorne said of previous flooding.

He and his family have lived in their Virginia Beach home for the past 8 years.

The home sits in Zone B and in a neighborhood which “pretty much goes under water” during heavy rain, according to Langhorne.

So, flooding is always a concern and the threat still remains with Hurricane Florence despite the storm’s projected track to the Carolina coastlines.

“During Hurricane Matthew we had the main road right here... was a river,” said Langhorne.

But the problem isn’t just the flooding, it’s big, jacked up trucks that speed through the neighborhood after every flood, creating big wakes.

So, Langhorne devised a plan to combat the trucks by building two dams out of plywood which are held sturdy by bags of sand.

“It’s more of a tidal break, it’s not really going to stop water. It’s just going to stop it from waving into the house and the garage door,” he explained. “We got all the sandbags and paint in Richmond because it was all gone down here.”

While the brunt of Florence is heading towards the North Carolina, South Carolina coastlines, it didn’t stop some Virginia Beach businesses from boarding up their glass windows and glass doors.

What may be the biggest concern for many is not just flooding, but also the loss of power.

“For us it’s going to be the power outage,” said Ann Ferguson.

Ferguson and her husband spent the morning making sure their portable generator started on the first pull.

“She’s ready to run for the storm, for when we lose power,” she said.

While flooding and power outages remain a concern, most Virginia Beach residents know what is about to happen in the Carolina’s will be much worse.