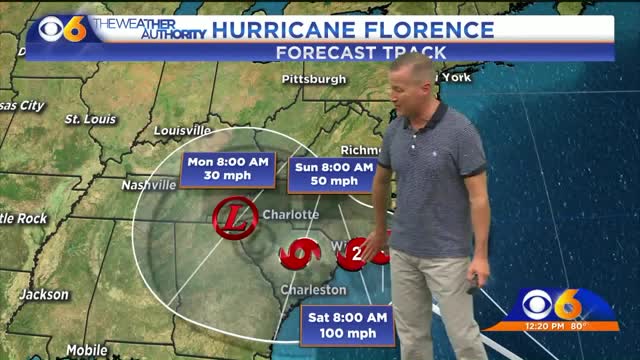 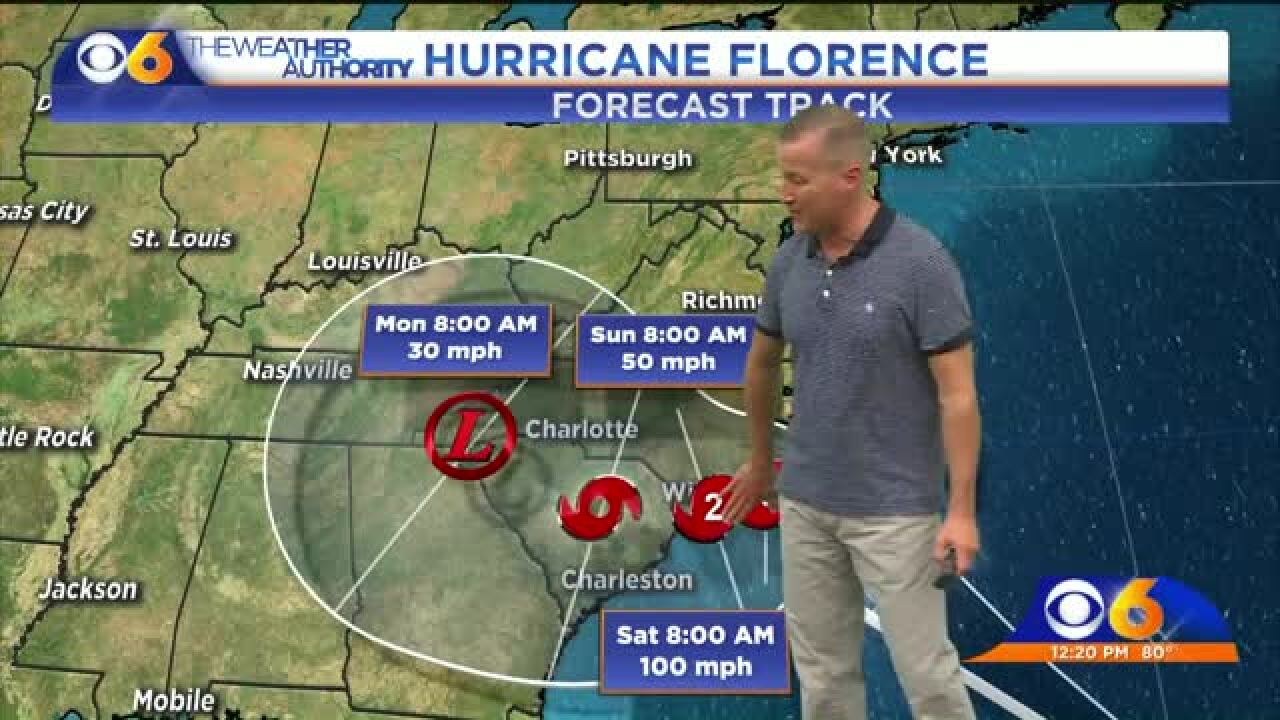 RICHMOND, Va. -- Hurricane Florence has weakened to a Category 3 storm over the Atlantic with maximum sustained winds of 125 mph -- but the size of its wind field has increased, the National Hurricane Center said. Some fluctuations in strength are expected through Thursday, and Florence still is expected to be "an extremely dangerous major hurricane when it nears" the US coast late Thursday and Friday.

While Central Virginia could still be on the outer rain bands, the chances for flooding in our area have decreased significantly.

Florence's greatest impact will still be along the coasts of both North and South Carolina late Thursday night through Saturday.

Hurricane Florence is now forecast to pause late this week just off North Carolina's coast and turn left -- a development that would still smash the Tar Heel State with life-threatening storm surge, catastrophic winds and inundating rain while putting more of South Carolina in greater danger.

The forward speed will decrease as the hurricane approaches land and begins to be influenced by high pressure building over New England.

The flow around the high will cause Florence to stall or slowly meander westward or even southwestward for day, before heading back in a northerly or northwesterly track well inland over the weekend.

A storm surge watch is in effect for the coasts of the Carolinas, as well as a hurricane watch.

More watches and warnings will be issued tonight through Wednesday.

We have two other storms in the Atlantic:  Helene and Isaac.  We will continue to keep an eye on these.  More details on all of the tropical systems can be found in the CBS 6 Hurricane Tracker.