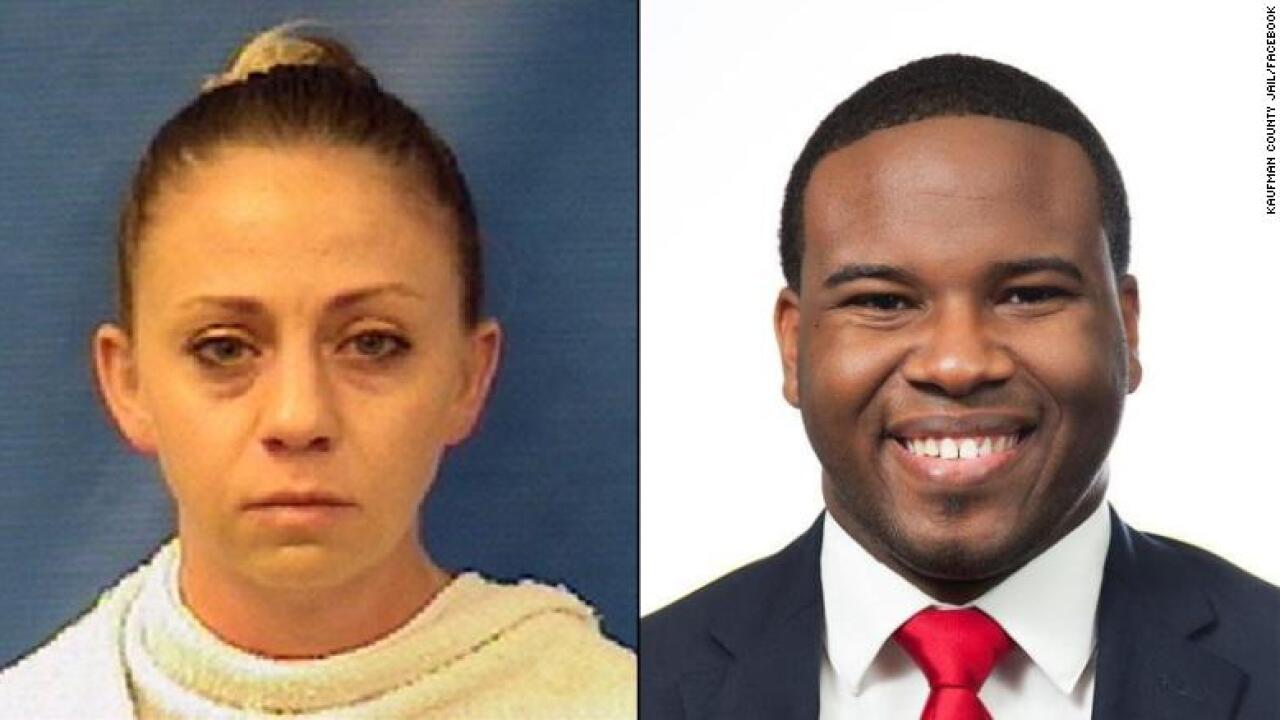 DALLAS — A Dallas police officer was arrested Sunday in connection with the shooting death of Botham Shem Jean, the Texas Rangers said.

Amber Guyger, who is white, was off-duty when she shot Jean, a black man, after mistakenly entering his apartment at the complex where she also lived, police said Thursday. Jean, 26, a native of St. Lucia who worked for PricewaterhouseCoopers in Dallas, died at a hospital.

Guyger, 30, of Dallas, was charged with manslaughter, according to jail records. The four-year veteran of the department was released from the Kaufman County Jail on Sunday evening after posting a $300,000 bond. It wasn’t immediately clear if Guyger had an attorney.

Guyger’s arrest was announced as Jean’s family and their attorneys say they met with Dallas County District Attorney Faith Johnson to demand the officer’s arrest.

“We don’t need evidence beyond a reasonable doubt at this point,” the family’s attorney, S. Lee Merritt, told reporters Sunday. “At this point, we need probable cause of a crime. And the existence of probable cause is painstakingly clear to everyone.”

Merritt said attorneys presented prosecutors with a witness, and video evidence, which didn’t capture the shooting, but declined to elaborate.

Jean worked as a risk assurance experienced associate at PricewaterhouseCoopers, according to his LinkedIn page. He earned a bachelor’s degree from Harding University in Arkansas in 2016. Crump said Jean was “living, doing everything that you want a young person to do.”

“Please continue to pray for the family of Botham Jean tonight and in the weeks and months ahead,” Rawlings said in a statement.