🌀Gov. Northam issues state of emergency ahead of Florence 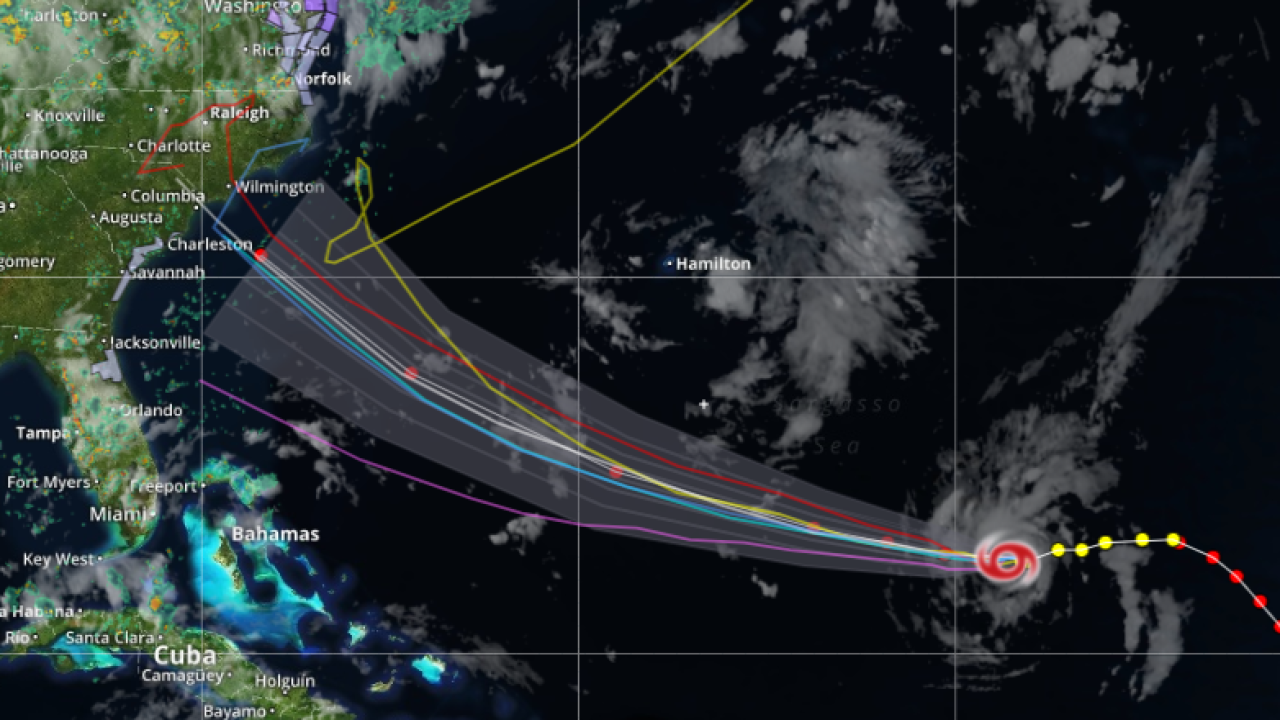 “While the impacts of Tropical Storm Florence to Virginia are still uncertain, forecasts increasingly expect the storm to strengthen into a major hurricane that could seriously affect the East Coast and Virginians,” Northam said. "Impacts include possible flooding, high winds and potential storm surge."

Officials said the state of emergency order allows the Commonwealth to start readying assets, including the Virginia National Guard as well as pre-positioning people and equipment to assist in storm response and recovery.

Virginians urged to prepare for storm

Additionally, Northam asked Virginians "to monitor forecasts and make their own preparations" since the storm could bring flooding, dangerous storm surge and damaging winds.

All Virginians should spend time this weekend to prepare their family, home and business for Florence's possible impact on the Commonwealth by assembling an emergency kit. Download the supply list at https://t.co/UnzqgeIrLR #NatlPrep pic.twitter.com/DHwpJzcx2f

"Due to the uncertainty of the storm’s track this many days in advance, VDEM encourages all residents of Virginia to prepare for impacts from this storm," officials warned. "These can range from high winds and storm surge in coastal Virginia to significant flooding both along the coast and in rivers and streams in the western part of the state. Citizens should remember that flash floods could happen at any time and that flooding is the most deadly and damaging part of any hurricane."

As a result, officials urged residents to "turn around and don’t drown” and avoid driving across flooded roads since just six inches of water can move a vehicle.

Click here to learn more about what to include in your emergency kit and how to prepare for hurricanes.

Additionally, officials urged coastal residents to “Know Your Zone” ahead of the storm. Folks who live in Hampton Roads, the Middle Peninsula, Northern Neck or Eastern Shore, can click here to learn which new hurricane evacuation zone they live in.

Depend on CBS 6 News and WTVR.com for complete coverage of Florence. Click here to track the storm with the CBS 6 Interactive Hurricane Tracker.

Depend on the CBS 6 Weather Authority