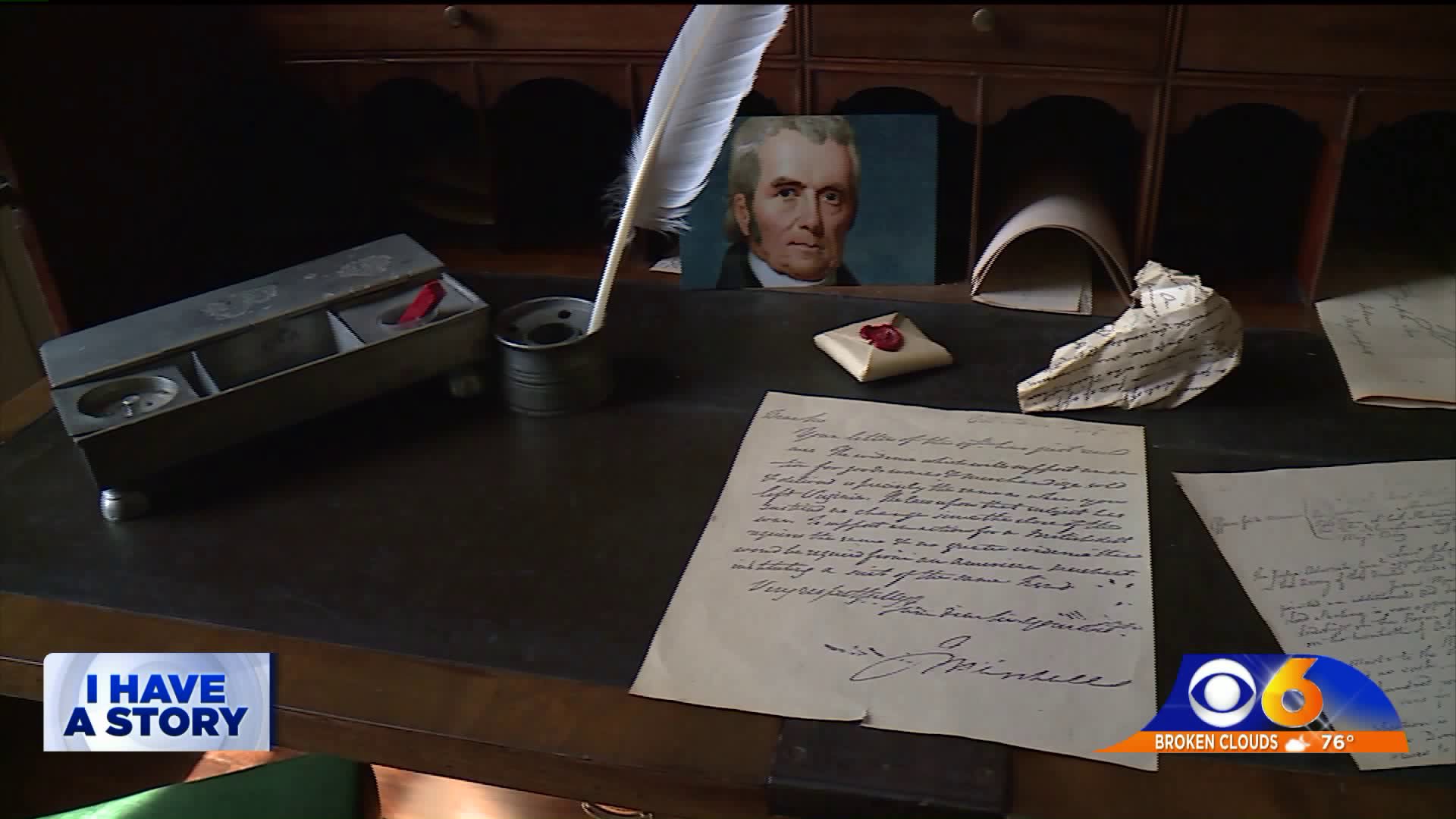 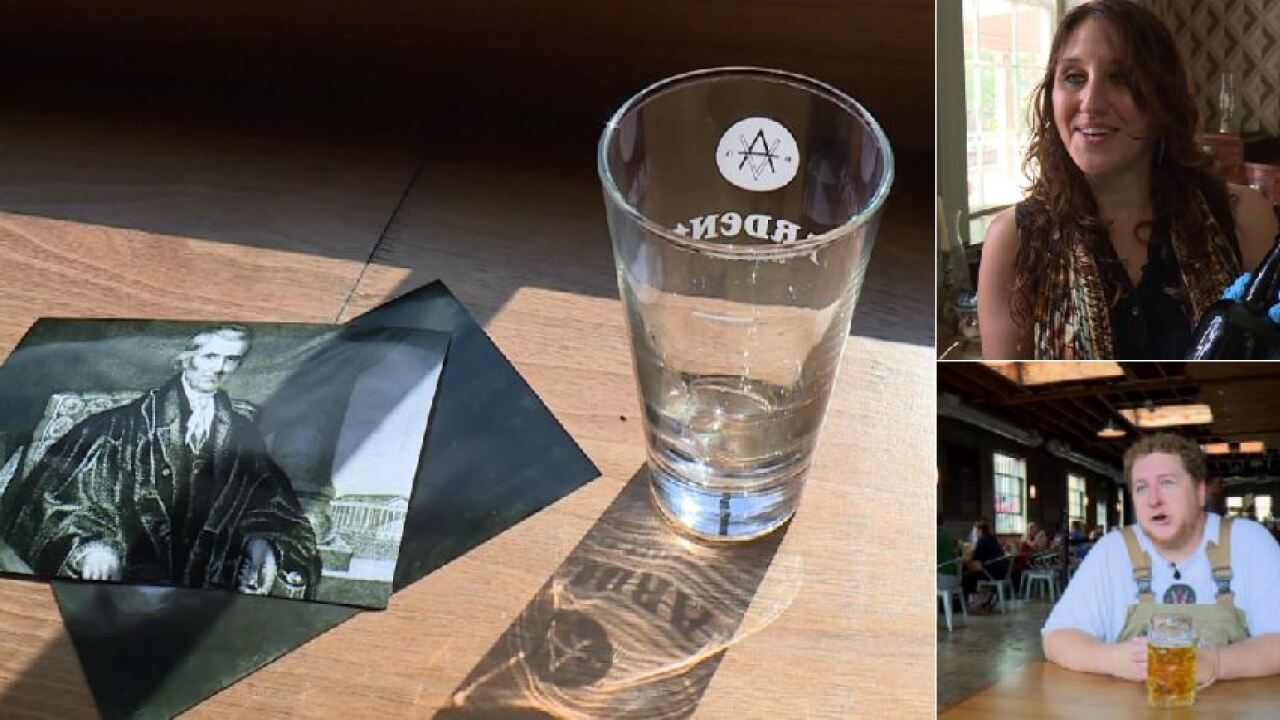 RICHMOND, Va. -- Tapping into the past. Historians are pouring over a new approach to interpret a colossus of the courts.

“He is the mountain that the federal judiciary is built upon,” said Preservation Virginia’s Jennifer Hurst-Wender. “We’re very lucky here at the John Marshall House because it never left the family’s hands. He lived with his family here until he passed away until 1835.”

John Marshall, the Chief Justice credited with shaping the Supreme Court slept, ate, and sipped inside his home at 9th and Marshall in Richmond.

The judge’s favorite libation was Madeira which is a fortified and punch-packing wine from Portugal.

“He had a taste for Madeira that is well known,” said Hurst-Wender. “I have Zero doubt he was drinking Madeira in this very room.”

Jennifer Hurst-Wender with Preservation Virginia said some liquid gold from the early 1800s survived the centuries.

“Just to imagine this liquor could have been enjoyed by John Marshall and his contemporaries. It’s really neat,” said Hurst-Wender. “It is remarkable. This is one of the most fun artifacts in our collection.”

Modern-day drinkers in Richmond may soon be able to toast the judge with a taste from his collection.

“I’m blending history and beer together. And is a way of sharing the past,” said Fain.

The brewer is hoping to serve up the 19th century.

“Yeah. Getting nervous as we get closer to it,” said Fain. “I love creating historical recipes.”

Later this month a biologist armed with a syringe will remove a small sample of Marshall’s Madeira. The goal? Grow enough of the nearly two-century old yeast for batches of 21st century suds in a city awash in craft brews.

Danny said the chances of propagating the yeast may be slim, but it’s worth a shot.

“To have a story behind what you’re drinking, I think people really dig that. Especially here in Richmond. There is a lot of history,” Fain explained.

Back at John Marshall’s home, historian Jennifer Hurst-Wender is bubbling with excitement. The pint glasses filled with possibilities seem endless.

“I’m very much looking forward to it,” Hurst-Wender said. “John Marshall is one of the most interesting characters I can think of in this country.”

With fingers crossed, Jennifer says the project will at least humanize one of Richmond’s most towering figures.

“I think John Marshall would be totally on board and be first in line to try the end product absolutely,” added Hurst-Wender.

A molecular-biologist will extract the small amounts of John Marshall’s Madeira on September 24th which just happens to be the Chief Justice’s 263rd birthday. If the yeast experiment is successful, we should see the new brew ready sometime in 2019.

In the meantime, Ardent and John Marshall House will unveil a new Molasses Beer honoring Mr. Marshall later this month.