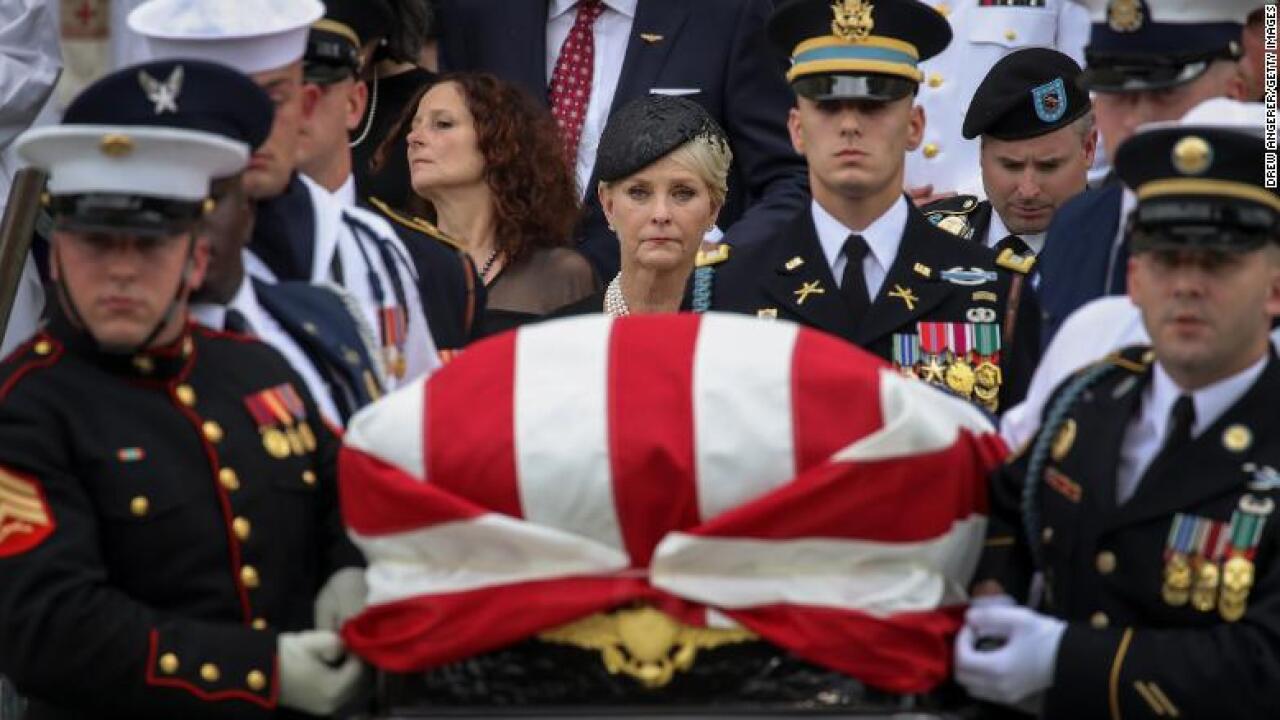 Cindy McCain is urging people to “get into the arena and fight” for a greater cause as a way to honor her late husband Republican senator John McCain.

“Since his passing, thousands of people have asked how they can do something to honor Sen. McCain. I’ll tell you how: Join me in the arena. Fight for a greater cause,” she wrote in an op-ed in USA Today published Friday.

She wrote that John demanded “the best possible leadership and support for our armed forces, or to empower freedom fighters against dictators around the world, or to demand that perpetrators of torture and human rights abuses be punished, or to make sure our native American communities are treated with dignity and respect.”

Days after her husband was laid to rest at the Naval Academy Cemetery this past weekend, McCain said she is grateful for all the kind messages about him.

She added, “John’s memory inspires me to be in the arena every day.”

McCain’s op-ed comes after speculation over whether she would be appointed to finish her husband’s Senate term, though Arizona Gov. Doug Ducey ended up tapping former US Sen. Jon Kyl, whom McCain called a “dear friend,” for the job.

Though she isn’t joining the Senate, McCain made clear in her op-ed she’s planning on engaging in the issues her husband championed.

She declared that the McCain Institute for International Leadership is “now my home, and my mission.”

Founded in 2012, the McCain Institute at the Arizona State University is a nonprofit “dedicated to advancing character-driven global leadership based on security, economic opportunity, freedom and human dignity.”

Sen. McCain, who died at the age of 81 last month from brain cancer, was a naval aviator, Vietnam veteran, a prisoner of war, a two-time presidential candidate and a six-term senator for Arizona. At his memorial service in Washington, which was attended by his friends, family, and political giants, there was praise for his life and legacy, but also frequent lamentations of the nation’s current political climate.