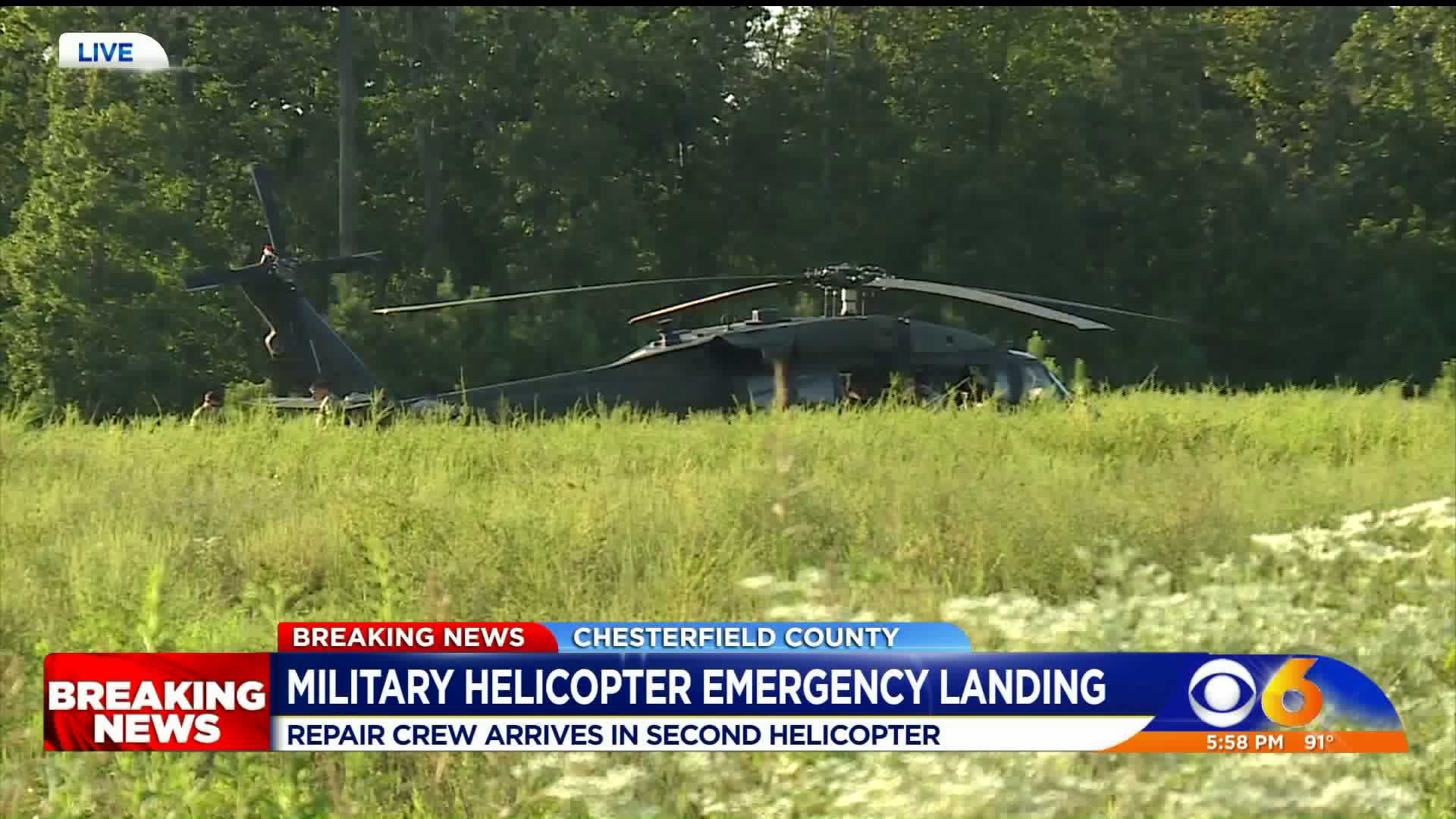 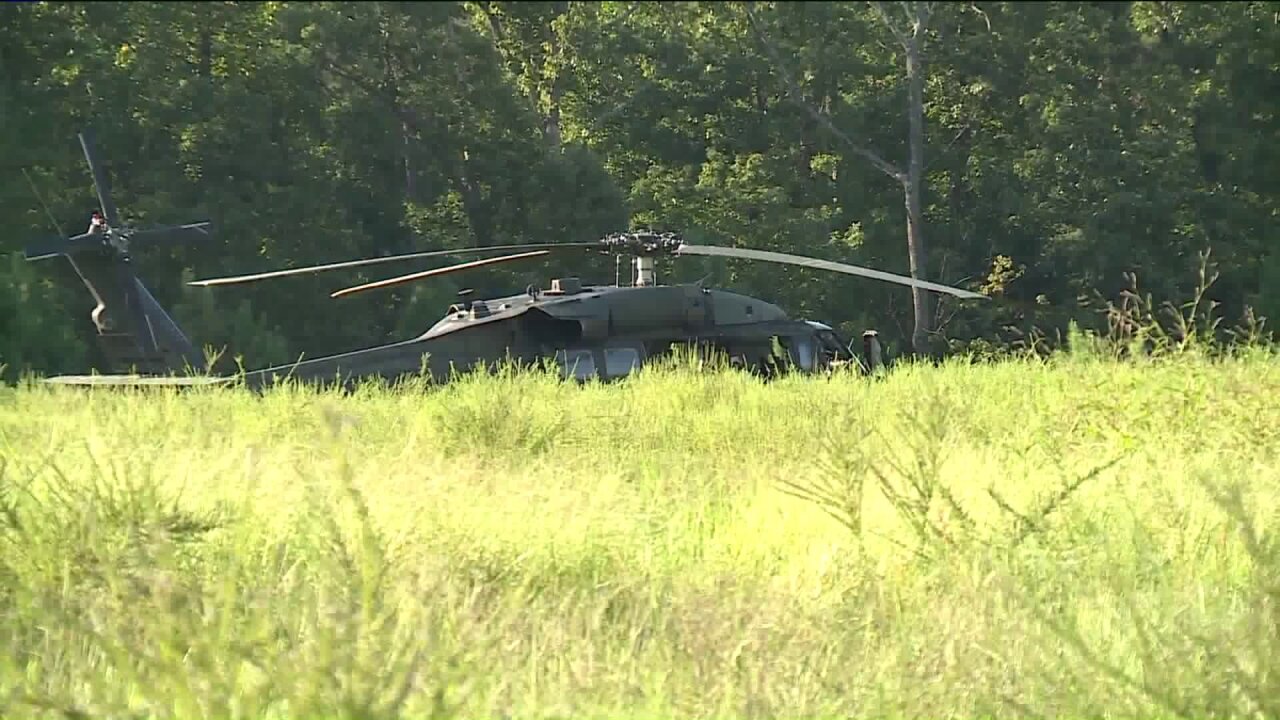 CHESTER, Va. -- A Virginia National Guard helicopter made an emergency landing in Chester Thursday afternoon after an equipment issue, according to Virginia State Police.

The emergency landing occurred around 4:49 p.m. in a field near West Hundred and Old Stage Roads, according to police.

There were no injuries.

“We’re treating it just like a disabled vehicle,” according to State Police spokesperson Kelli Hill.

A maintenance crew arrived on a second helicopter and is trying to determine what repairs to make, according to a National Guard spokesperson.

Officials say their goal is to fix the helicopter on site and have them take off from there.

This story is developing. Witnesses can send news tips, photos, and video here.