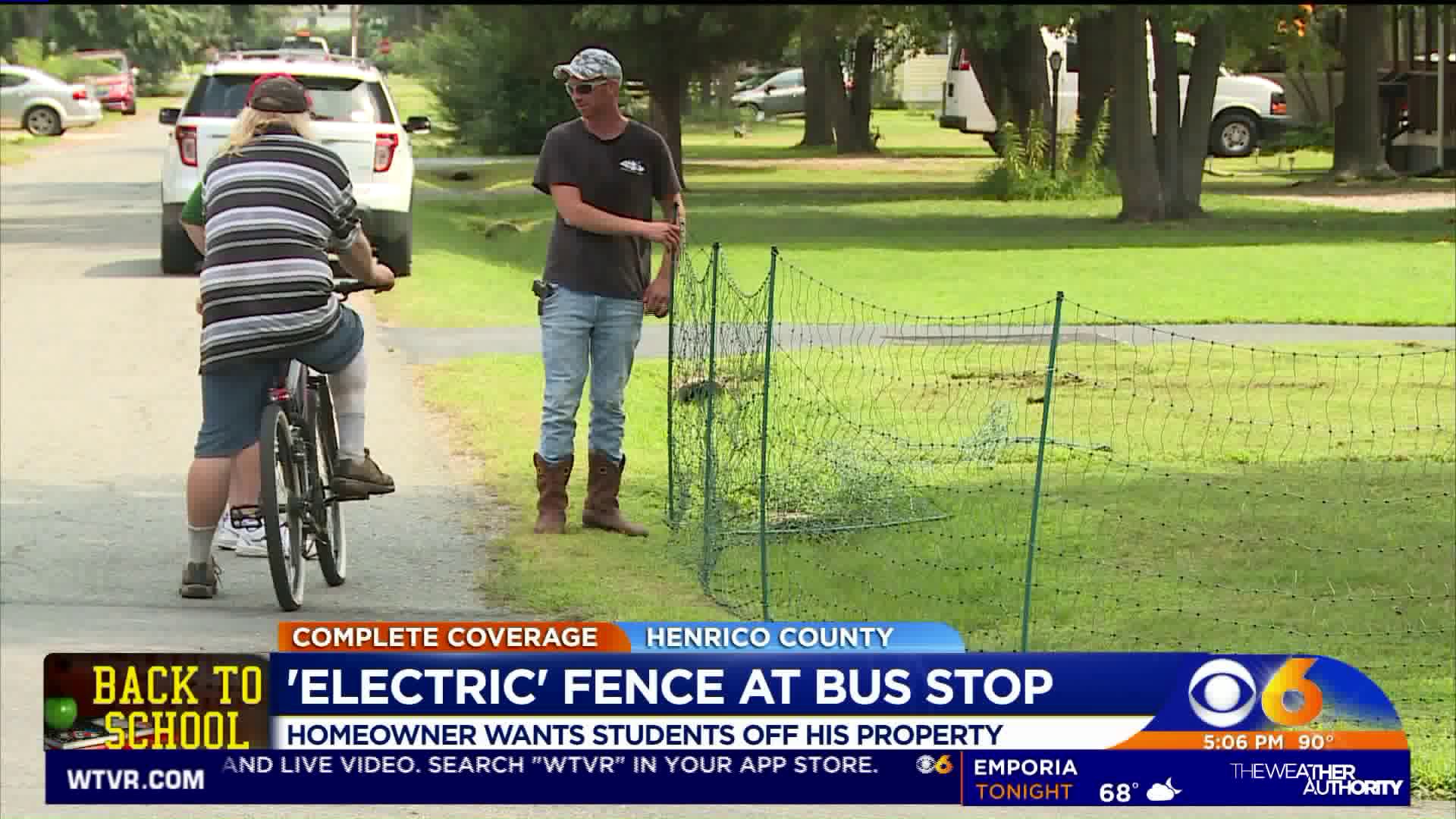 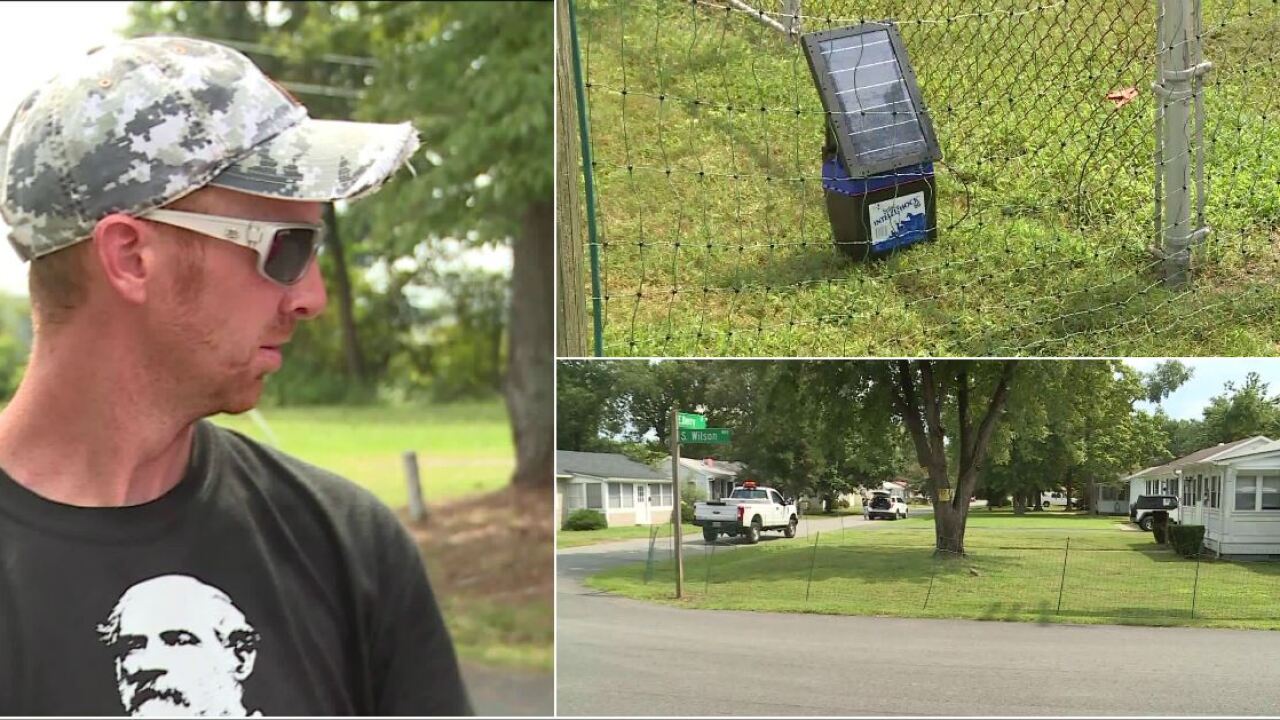 The man -- whose name is Bryan -- said he was sick of students who cursed, fought, and littered at the bus stop.

"They don't respect other peoples' land," Bryan said. "I pick up trash every day."

Bryan said trespassing and posted signs he put up years ago have made no impact.

"Nothing stops people," he said.

He hoped the fenced -- hooked up to a battery -- would provide relief.

He said he ultimately removed the fence, later Tuesday , not because of any potential danger it may pose to students and passersby, but rather he learned he placed the fence on county property -- not his own land.

"I went ahead and moved it today because it was not in the right place," he said.

Concerns were raised Tuesday as children were being dropped off to catch the bus on the first day of school.

"I touched it, I got a slight shock, it wasn't that great," James Mehfoud, who owns homes in the neighborhood, said. "I understand his concern. I just don't think he understood the neighbors' concern about their kids. One of them could touch it, fall into it, and get shocked."

Bryan said while he would consider erecting another fence, he hoped he would not have to do so.

"The message has gotten across," he said. "Parents are posting and talking about it."

Henrico County Code of Student Conduct not only applies to students in school but also students riding the bus and waiting at the school bus stop.