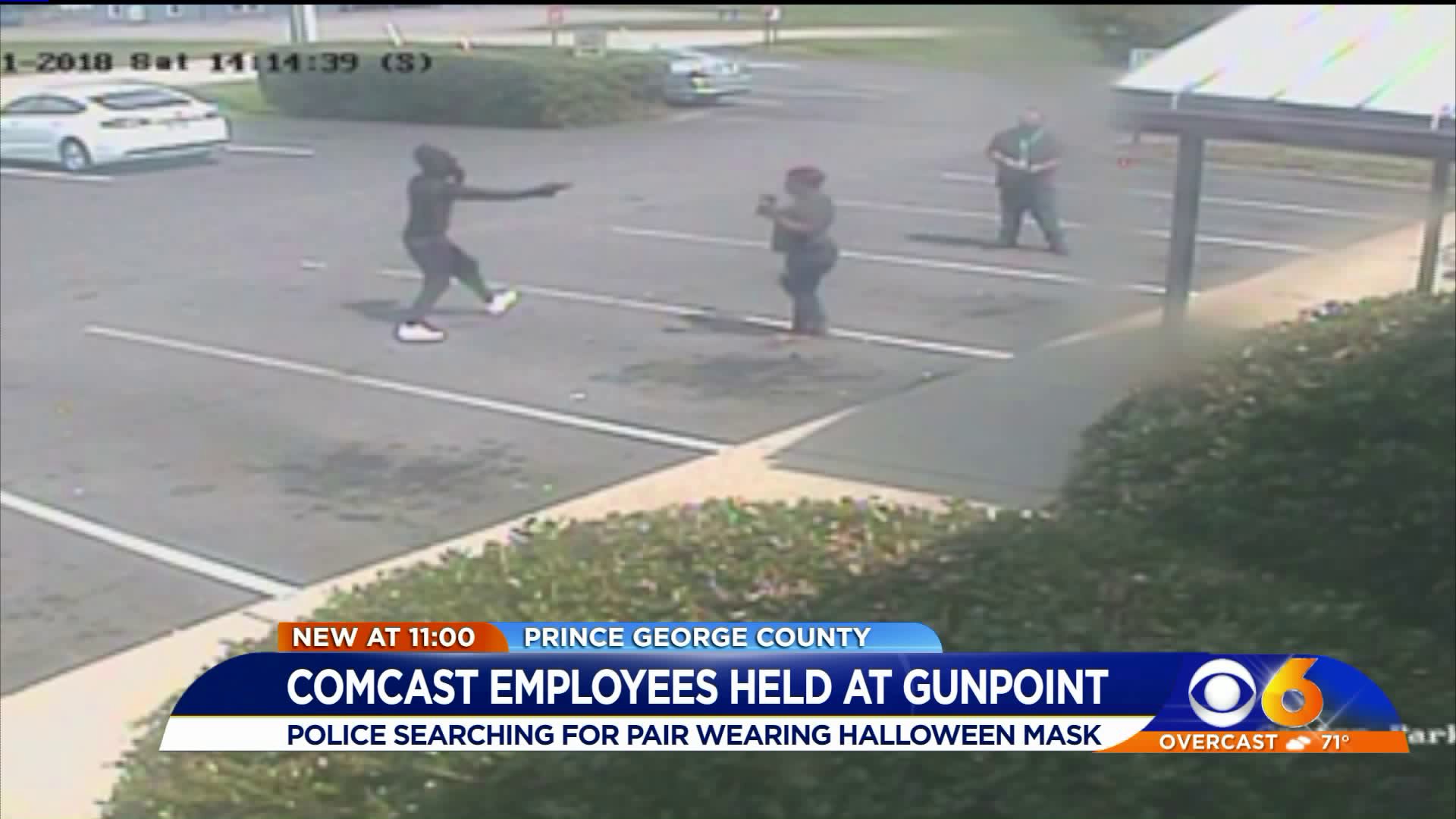 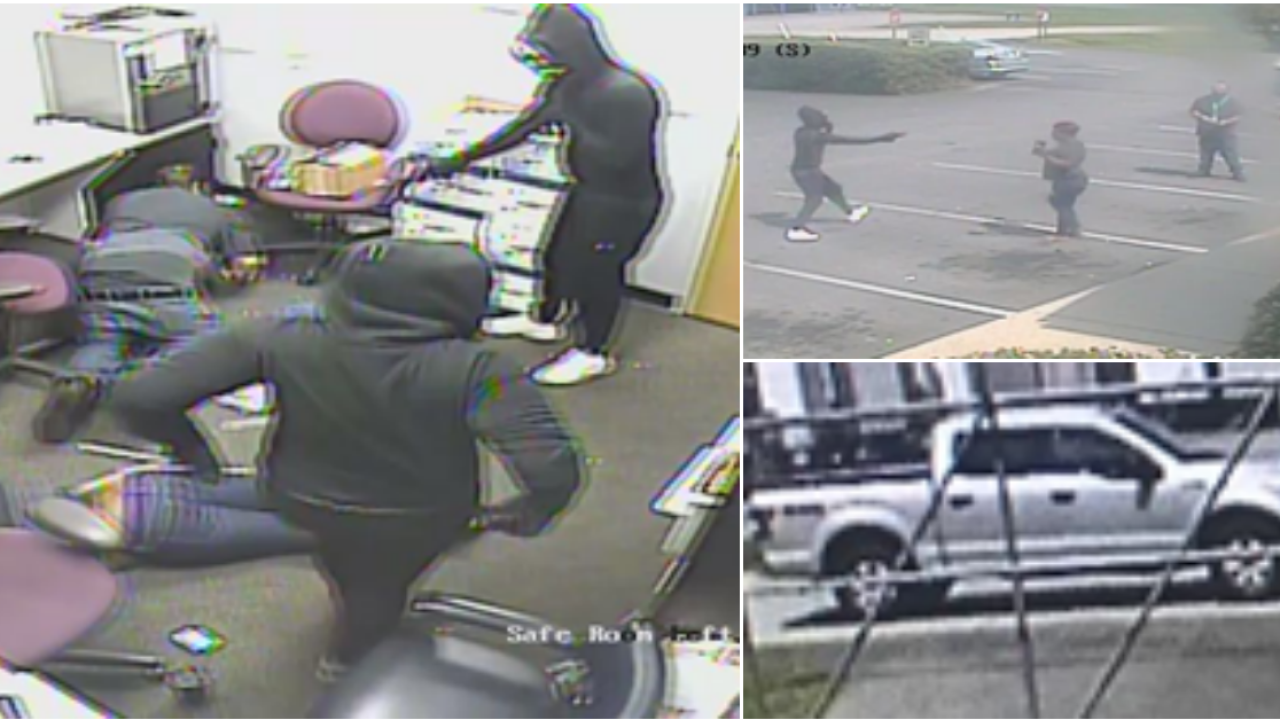 Police said officers responded to a call at Comcast in the 2000 block of E. Whitehill Road at 2:20 p.m.

"Two masked suspects approached two employees as they closed the business for the day and one of the offenders used a gun to force the employees back into the business," Officer Alexis Grochmal with the Prince George County Police Department said. "The offenders ordered the employees to open the safe. Both employees complied with demands and turned over the money in the safe."

Police said no one was injured in the robbery. 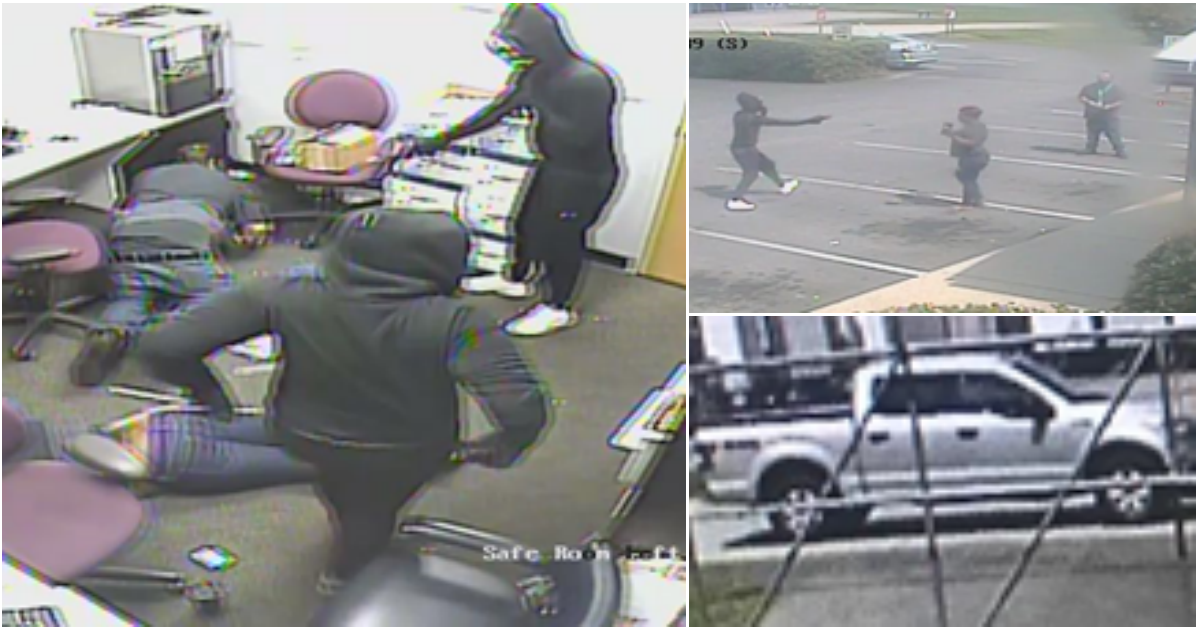 Police described the first suspect as a male between 5 feet 9 inches to 6 feet tall. He was last seen wearing a black jacket, a Halloween-style mask covering his face, gloves, black pants and tennis shoes.

The second suspect is described as a female, 5 feet 5 to 5 feet 9 inches tall. She was last spotted wearing a black jacket, a Halloween-style mask covering her face, gloves, black pants and tennis shoes.

Grochmal  said the suspects fled on foot before possibly getting into a silver pickup truck spotted leaving the area.

Anyone with information that could help investigators is asked to call the Prince George Police Department at 804-733-2773, or Crime Solvers at 804-733-2777 or you can send your tip using the new P3tips app.