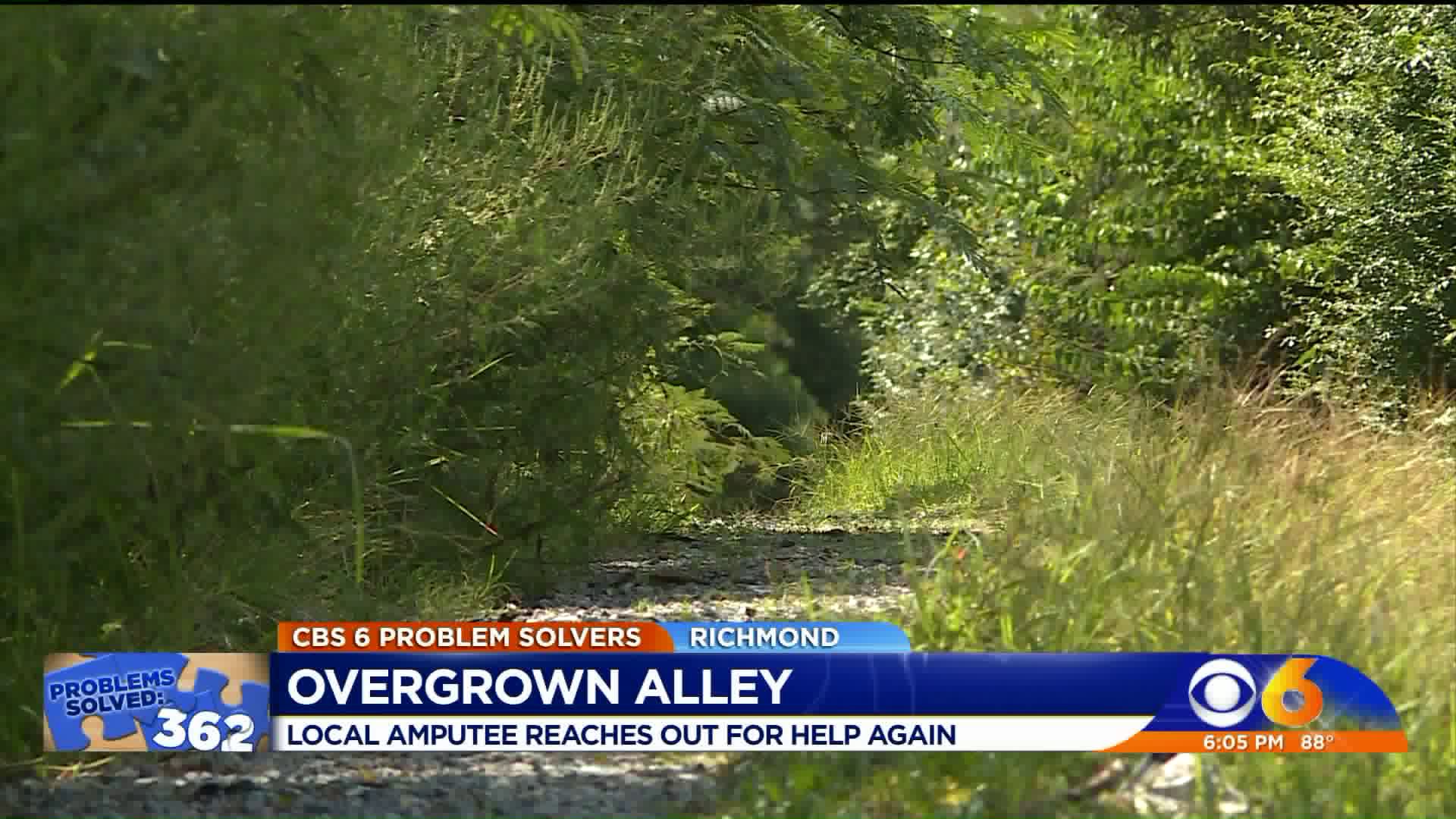 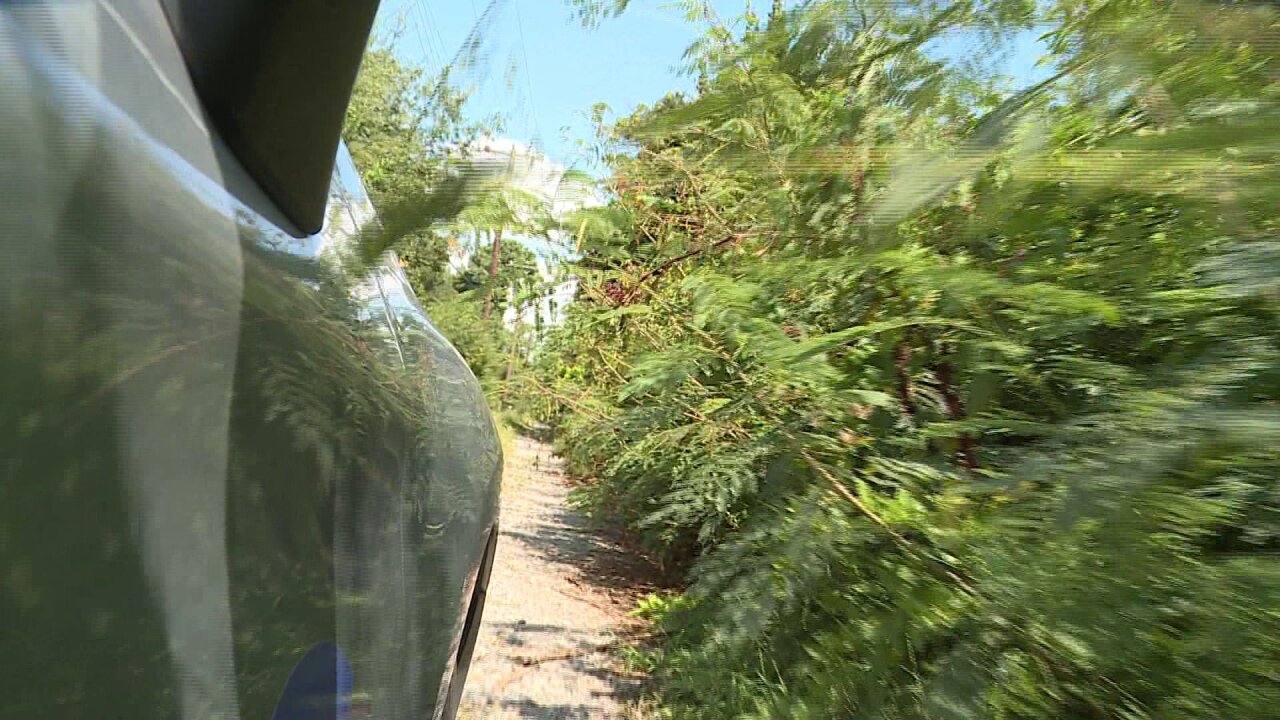 RICHMOND, Va. -- For the second time in two years a disabled Richmond veteran has called on the CBS 6 Problem Solvers to help him exit his Southside home.

“This alley has been in shambles for years and years and years,” said Richmond resident Jesse Oliver. “The brush is going to hit you from both sides it’s going to scar your car up and all of that.”

The overgrown alley behind Oliver’s home is the only way the double amputee is able to come and go from his Ridgemont Road residence. The ramp to exit the home is attached to his back door.

“In my case I’m an amputee, I have to use the alley to go to appointments, etc,” said Oliver. “It’s hard for me to get people to pick me up. I mean who is going to drive their car in that situation to this ramp to get me with that alley like that?”

The Department of Public Works says one side of the alley is the responsibility of residents on their property lines, and the other side is maintained by the city.

The alley was covered in 2016 when the Problem Solvers were first asked to investigate. Oliver said the city placed some gravel in the alley, cut back the brush and sprayed but he says they haven’t been back since.

“I’ve called the city to take care of this problem it’s the same old rhetoric ‘we’ll get to it’ yeah,” Oliver said.

“My tax dollars are going in vain because they’re not doing the job that they should be doing,” Oliver added.

DPW says it is aware of Mr. Oliver’s “extenuating circumstances given his disability” and will have a crew clear the area by Wednesday.