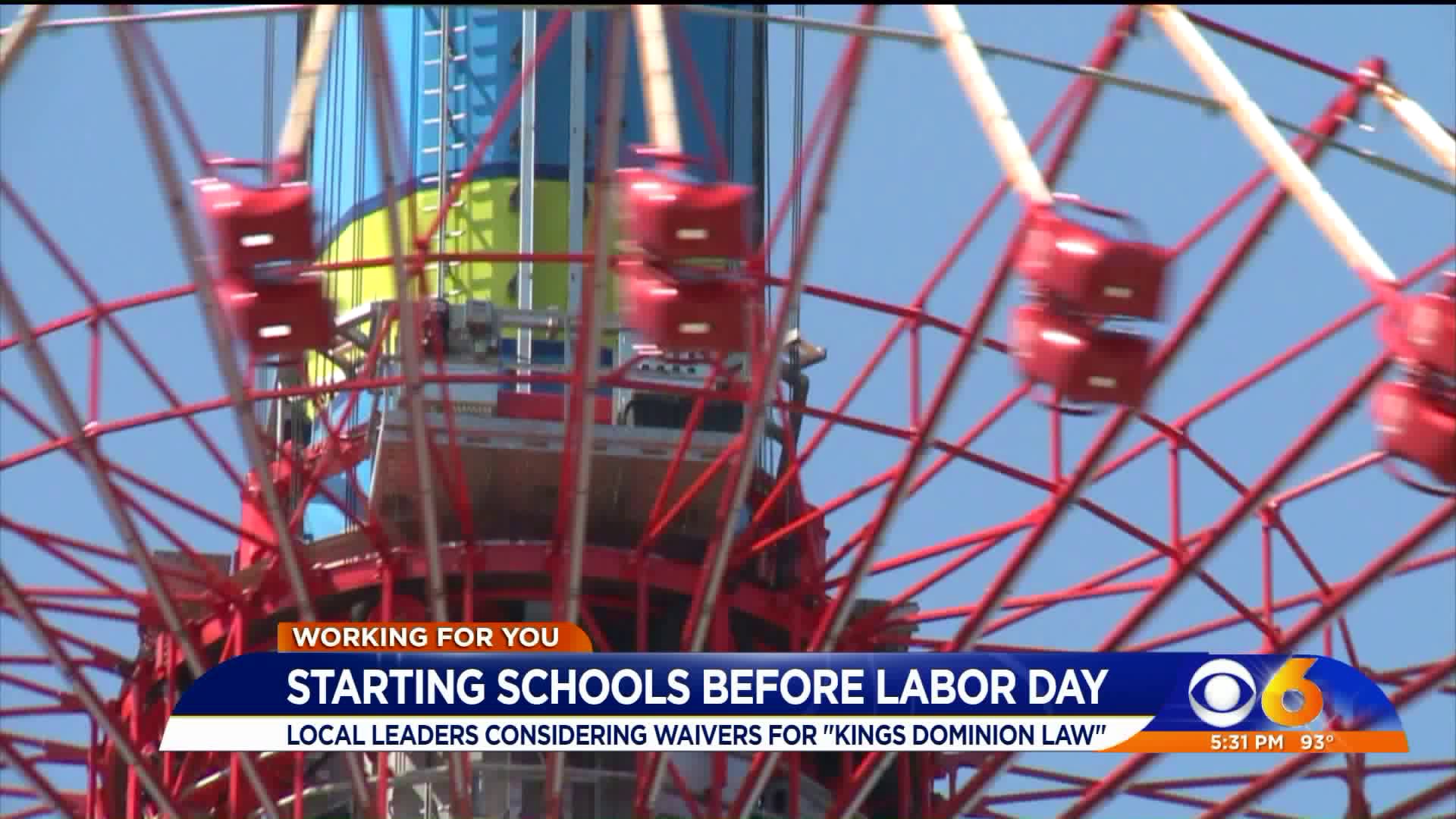 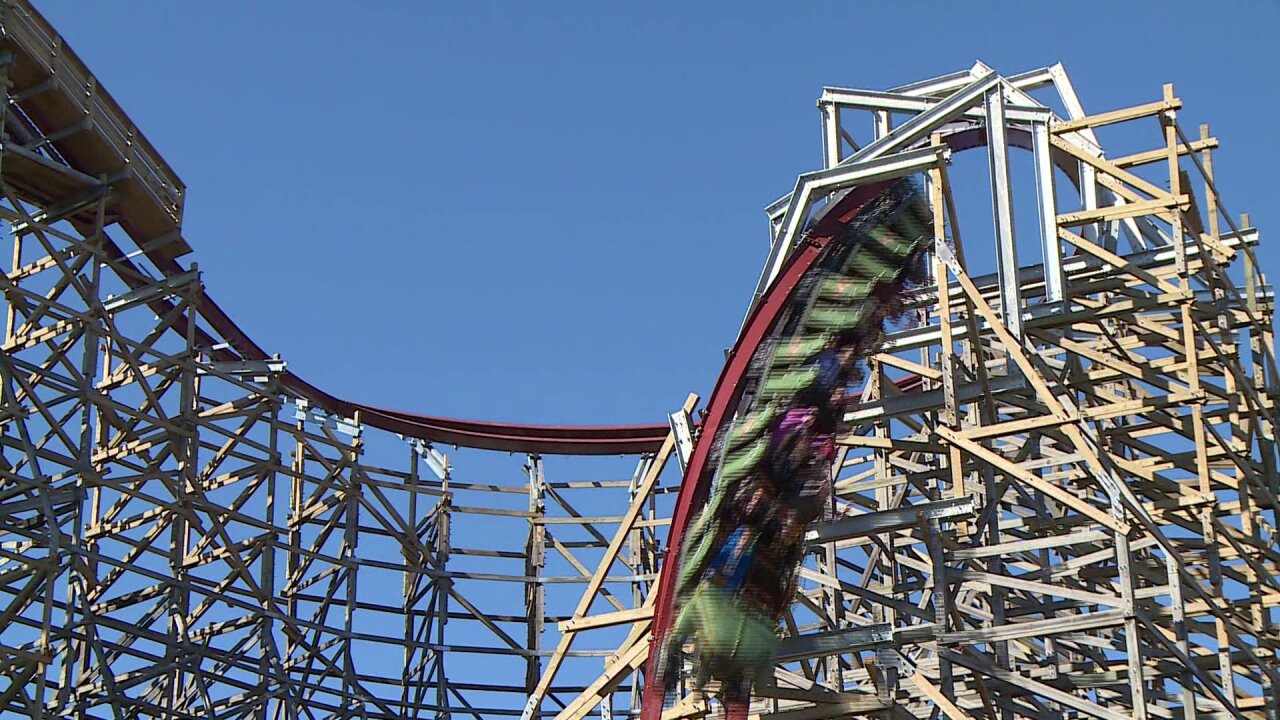 HENRICO COUNTY, Va. -- Public school children in Central Virginia head back to next Tuesday, but a majority of their counterparts elsewhere in the state are already in class.  Despite efforts to change what's known as the "King's Dominion Law," the majority of students in the Richmond and Hampton Roads regions will start school after Labor Day.

State law, passed in the late 1980's, requires school districts to begin classes after Labor Day unless the district applies for a waiver.  However, according to the Virginia Department of Education, a majority of Virginia school districts have obtained a waiver or are surrounded by jurisdictions that have them.  More than 65% of Virginia students begin class before Labor Day last school year, the VDOE said.

The majority of public school districts that start classes post Labor day are in Richmond and Hampton Roads, according to data from the 2017-18 school year.

The original purpose of the law was to help Virginia’s tourism industry.

If school starts after Labor Day, amusement parks like Kings Dominion and Busch Gardens, would theoretically have more days to attract more park guests and a larger pool of high school aged employees available to work.

For the second year in a row, the law's namesake, Kings Dominion, is closed for three days in the week leading up to Labor Day.  A spokeswoman for Kings Dominion said the park will be open for the "last summer blast" from Friday, August 31st through Monday September 3rd (Labor Day).   The weekend will include featured games, food, and deals for families to enjoy, she said.

During the 2018 General Assembly session, the House of Delegates passed a bill that would have allowed local school districts to set their own start date, effectively eliminating the "Kings Dominion law;" however, a Senate committee voted to push off consideration of the bill until the 2019 session.

New Henrico County Schools Superintendent Amy Cashwell said she is "open" to having a conversation with her parents and teachers about applying for a waiver if state law does not change.  Although there is nothing currently in the works, Cashwell said local school districts should have a say on when they begin school.

"Having limitations around when schools can start can pose a lot of challenges to school divisions," Cashwell said.  "That really can hinder the way schools are creating their calendars to best meet student needs, and that can be very challenging to do at times when you're not starting until after Labor Day."

At Twin Hickory Park in Henrico, Blair Mudd watches her three grandchildren splash through tall water spouts and run up jungle gyms.  Mudd loves watching her grandchildren soak in the finally hours of summer fun, but also would not mind seeing a shift in the local school calendar.

"I actually wouldn't mind seeing all year school," Mudd said.  "I'm not sure that'll ever happen in Virginia, but who knows."