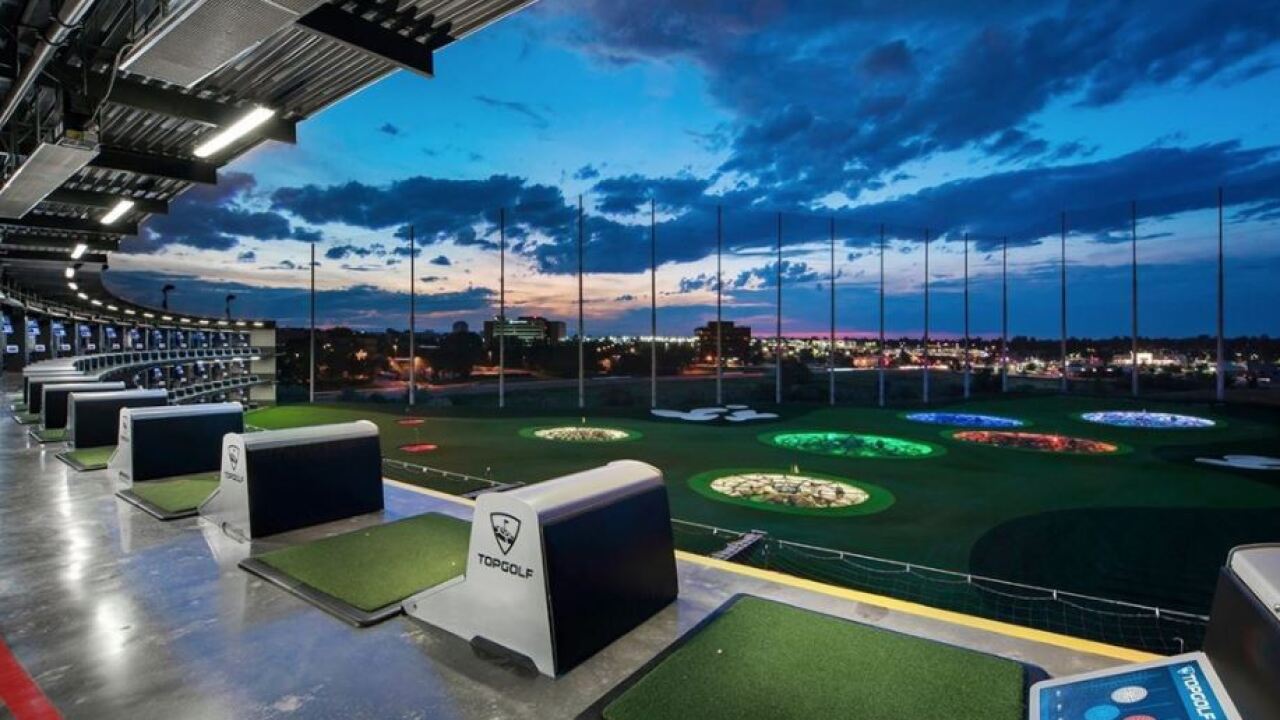 An example of a Topgolf tee line and outfield, this one in Centennial, Colorado.

HENRICO COUNTY, Va. — Six months after it received approval from Henrico County, and with its competitor well underway on a location in Goochland, a chain of high-tech golf driving ranges appears ready to dig in on its first Richmond-area venue.

Topgolf said Monday it expects to begin construction in the next few weeks on a multilevel range and entertainment complex at 2308 Westwood Ave., with an eye to be open for business in fall 2019.

The Dallas, Texas-based company will build the facility on a 14-acre parcel it is purchasing from a partnership between local developers Lynx Ventures and Rebkee Co. The deal still is pending.

The general contractor for the project is Chicago-based Arco/Murray, which has built other Topgolf locations.

The update on a construction timeline is the first public sign of movement on the project since February, when the county board of supervisors approved a provisional-use permit for the property to allow two dozen poles, some of which will rise 170 feet, to be erected on the property.

The poles would connect netting around the driving range to contain balls teed off from about 100 stacked hitting bays out to a field lined with lighted targets. The county previously had signed off for a plan of development for the site, which sits just west of Scott’s Addition and Interstate 195.