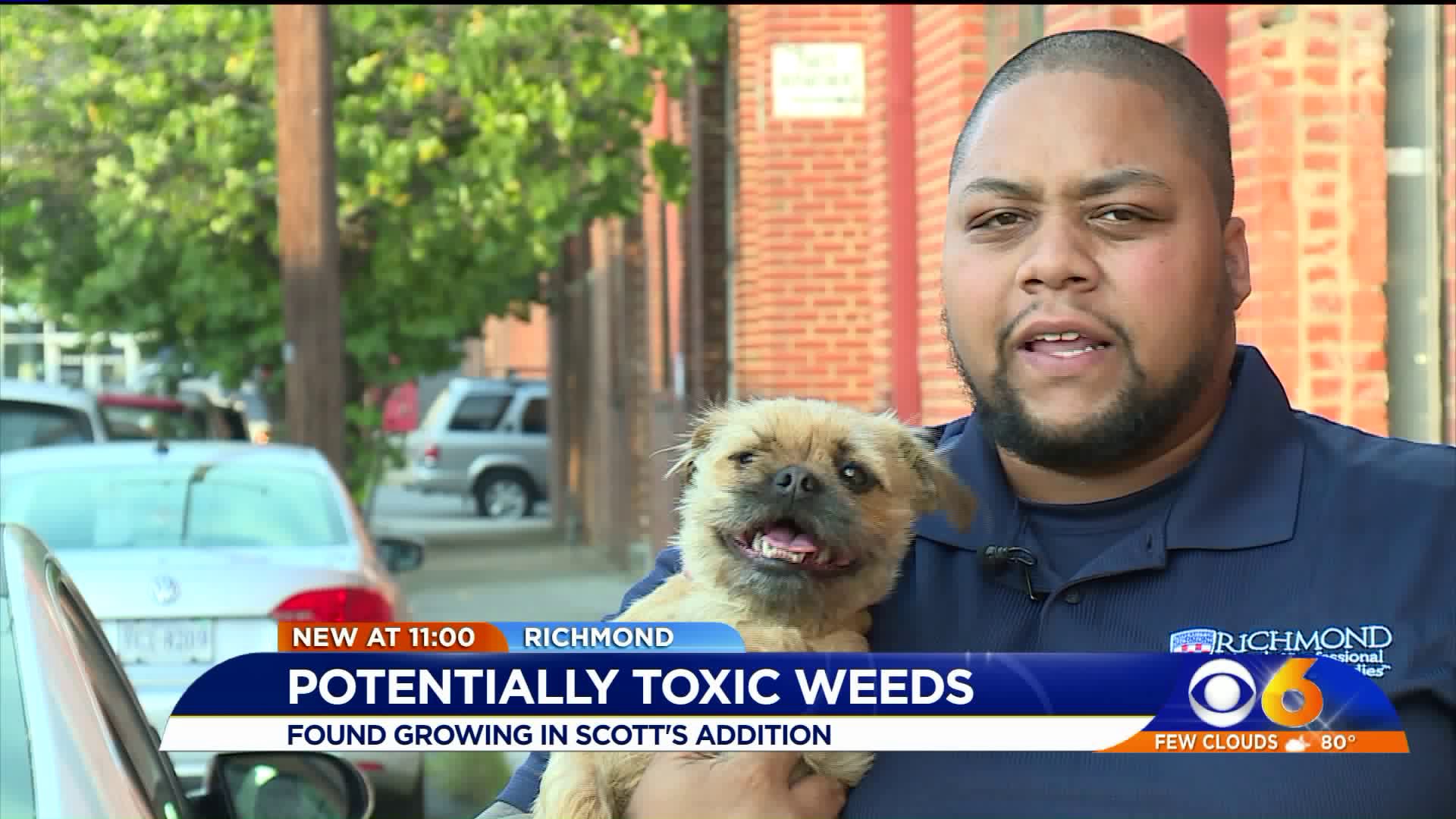 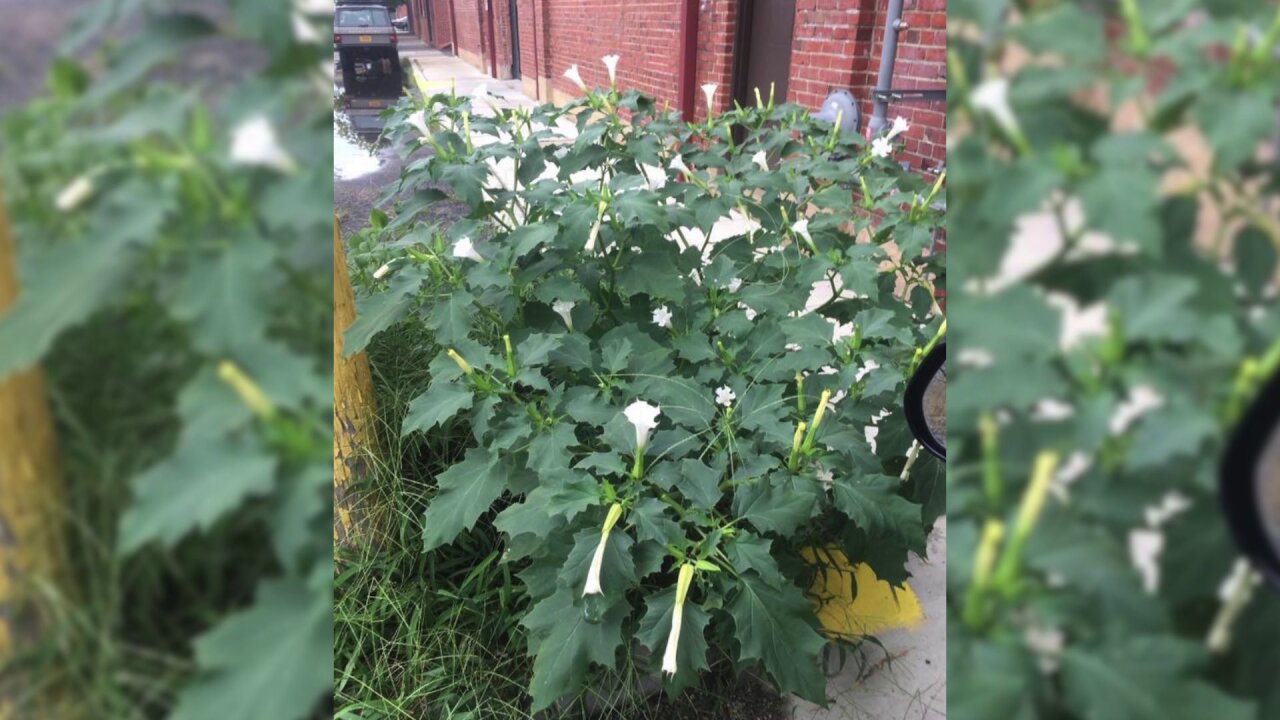 Jimson weed, also known as devil's snare, was found growing along the sidewalk on Highpoint Avenue.

Bobby Faithful found the plant while he walked his dogs last Wednesday.

"When we walked by our dogs would always try to sniff this plant and get near it. It made me wonder if it’s okay for the dogs to be near the plant," Faithful described.

Faithful discovered the plant was Jimson weed after researching its characteristics online. Jimson weed is part of the nightshade family.

Dr. Elizabeth Kost, a veterinarian at Virginia Veterinary Center in Carytown, said signs that your pet ingested Jimson weed are similar to many different types of plant toxins.

"Often we see dogs that could’ve gotten into Jimson weed," Kost explained. "It’s a pretty big plant. The whole plant is toxic, but especially the seeds."

Jimson weed can grow from two to five feet tall and has long, tube shaped flowers. Its seeds can be harmful to both humans and animals if ingested.

"The signs that we are looking for toxicity include elevated heart rate and elevated respiratory rate. You can see dilated pupils, dry mouth, depression, gastroenteritis, seizures and even death in very serious cases," Kost stated.

Dr. Kost said it was imperative to get your pet to a veterinarian if you believe they ingested Jimson weed or any other dangerous plant.

"It’s always important that we watch our dogs when they're out in nature," Kost explained. "If your dog starts to act strange or act unwell get them to a veterinarian as soon as possible so that they can be evaluated and treated."