Fantasy Football Chief: Why you must wait to draft your quarterback 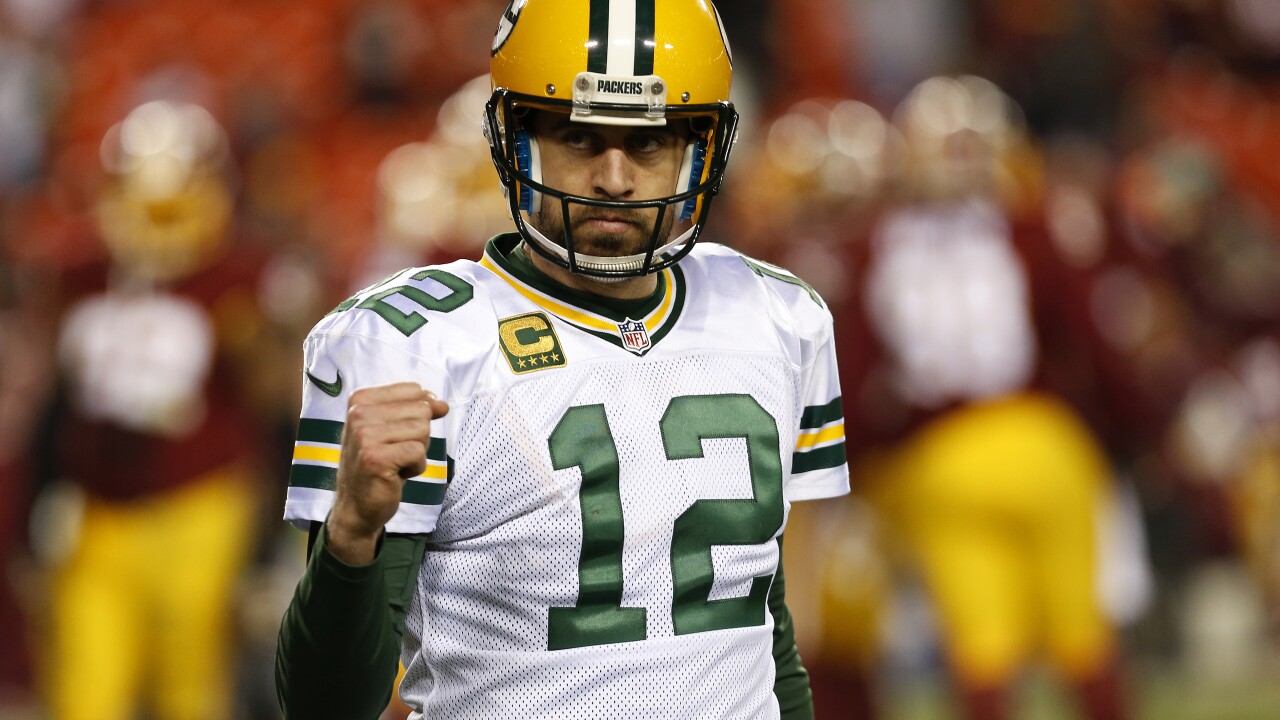 RICHMOND, Va. — If you have read my recent Fantasy Football Chief columns, you should know this, but I need to emphasize that quarterbacks should be selected later in your draft.

While it is true quarterbacks score the most points in essentially all fantasy scoring formats, the obvious depth at the position means there will be minimal point differential on a per game basis between the top quarterback in the league and the 17th highest scorer.

There are 17 quarterbacks worthy of a starting spot on your roster.

Most fantasy leagues have somewhere between eight and 16 teams, so even if you are the last person to draft a quarterback, you are still getting a viable option.

If you draft a quarterback too early, you will find yourself too light at wide receiver, running back, and tight end.

I suggest you draft three running backs and three wide receivers in the first six rounds. Draft a tight end in the seventh round and when you reach the eighth round, open your eyes to a quarterback.

Let’s look at the 17 quarterbacks worthy of being drafted as your starter. I have noted the round they would need to be drafted if you wish to select them. In addition, I provided players at other positions who would be available around the same round as the specified quarterback.

You will notice the deeper in your draft, the quarterback talent is still quite high, but the talent at the other positions drops off quickly. The following list is based on a 12-team point-per-reception league.

Deshaun Watson #4 of the Houston Texans cheers as DeAndre Hopkins #10 scores a 72 yard touchdown against the Seattle Seahawks in the fourth quarter at CenturyLink Field on October 29, 2017 in Seattle, Washington. (Photo by Jonathan Ferrey/Getty Images)

Tom Brady #12 of the New England Patriots yells as he runs onto the field before the game against the Kansas City Chiefs at Gillette Stadium on September 7, 2017 in Foxboro, Massachusetts. (Photo by Maddie Meyer/Getty Images)

Russell Wilson #3 points as he takes off on a run against San Francisco 49ers during the the game at CenturyLink Field on September 17, 2017 in Seattle, Washington. The Seattle Seahawks beat the San Francisco 49ers 12-9. (Photo by Otto Greule Jr/Getty Images)

Drew Brees #9 of the New Orleans Saints looks to pass against the Minnesota Vikings during the first half of the NFC Divisional Playoff game at U.S. Bank Stadium on January 14, 2018 in Minneapolis, Minnesota. (Photo by Jamie Squire/Getty Images)

Cam Newton #1 of the Carolina Panthers watches on against the Pittsburgh Steelers during their game at Bank of America Stadium on August 31, 2017 in Charlotte, North Carolina. (Photo by Streeter Lecka/Getty Images)

Quarterback Carson Wentz #11 of the Philadelphia Eagles drops back to pass against the Los Angeles Rams during the second quarter at Los Angeles Memorial Coliseum on December 10, 2017 in Los Angeles, California. The Eagles defeated the Rams 43-35. (Photo by Jeff Gross/Getty Images)

Andrew Luck #12 of the Indianapolis Colts warms up prior to the game against the Seattle Seahawks at CenturyLink Field on August 9, 2018 in Seattle, Washington. (Photo by Otto Greule Jr/Getty Images)

Kirk Cousins #8 of the Washington Redskins throws a pass during the first half of their game against the New York Giants at MetLife Stadium on December 31, 2017 in East Rutherford, New Jersey. (Photo by Ed Mulholland/Getty Images)

Jimmy Garoppolo #10 of the San Francisco 49ers looks to pass during the first half of a game against the Los Angeles Rams at Los Angeles Memorial Coliseum on December 31, 2017 in Los Angeles, California. (Photo by Sean M. Haffey/Getty Images)

Matthew Stafford #9 of the Detroit Lions runs with the ball against the New York Giants in the first quarter during their game at MetLife Stadium on September 18, 2017 in East Rutherford, New Jersey. (Photo by Elsa/Getty Images)

Philip Rivers #17 of the Los Angeles Chargers looks to throw a pass in the second half of their game against the Jacksonville Jaguars at EverBank Field on November 12, 2017 in Jacksonville, Florida. (Photo by Sam Greenwood/Getty Images)

Matt Ryan #2 of the Atlanta Falcons warms up before the NFC Wild Card Playoff game against the Los Angeles Rams at Los Angeles Coliseum on January 6, 2018 in Los Angeles, California. (Photo by Harry How/Getty Images)

Ben Roethlisberger #7 of the Pittsburgh Steelers drops back to pass in the first half during the game against the Cincinnati Bengals at Heinz Field on October 22, 2017 in Pittsburgh, Pennsylvania. (Photo by Joe Sargent/Getty Images)

Patrick Mahomes #15 of the Kansas City Chiefs throws a pass during the fourth quarter against the Denver Broncos at Sports Authority Field at Mile High on December 31, 2017 in Denver, Colorado. The Chiefs defeated the Broncos 27-24. (Photo by Justin Edmonds/Getty Images)

Jared Goff #16 of the Los Angeles Rams points after the Rams got a fourth quarter first down against the New York Giants at MetLife Stadium on November 5, 2017 in East Rutherford, New Jersey. (Photo by Rob Carr/Getty Images)

Marcus Mariota #8 of the Tennessee Titans runs into the end zone for a touchdown against the Houston Texans during the first half at Nissan Stadium on December 3, 2017 in Nashville, Tennessee. (Photo by Frederick Breedon/Getty Images)

While this method would not be relevant in two quarterback or super flex leagues, it is a must in the other formats that are more typically played.

Last year, I drafted Matthew Stafford in my top league in the tenth round. Stafford wound up finishing with the seventh most fantasy points in my league and that was enough to bring home a Fantasy Championship. I won because I had depth at the wide receiver and running back positions.

This year, in that same league, I just drafted Stafford again, this time getting him in the 12th round. My league mates tend to be savvy to the waiting on quarterbacks method so you should still target Stafford in the 10th, as listed above.

I also need to caution that you should be aware of trends within your draft. If your league mates are drafting quarterbacks early and often, you may need to adjust the rounds one or two higher then the list above.

Brad Wilson is the Chief Photojournalist at CBS 6 News. He has a decorated career, winning 10 Emmy awards for his work.

But, that’s not the only hardware that sits atop his mantle.

In the past three years, Wilson competed in eight leagues winning four of them, finishing in the top three in six and making the playoffs in all.

WTVR.com has called upon Wilson to bring its fans some unique insight into fantasy football. Look for his Fantasy Football Chief columns to drop every Tuesday through the football season. Click here to ask him your fantasy football questions.