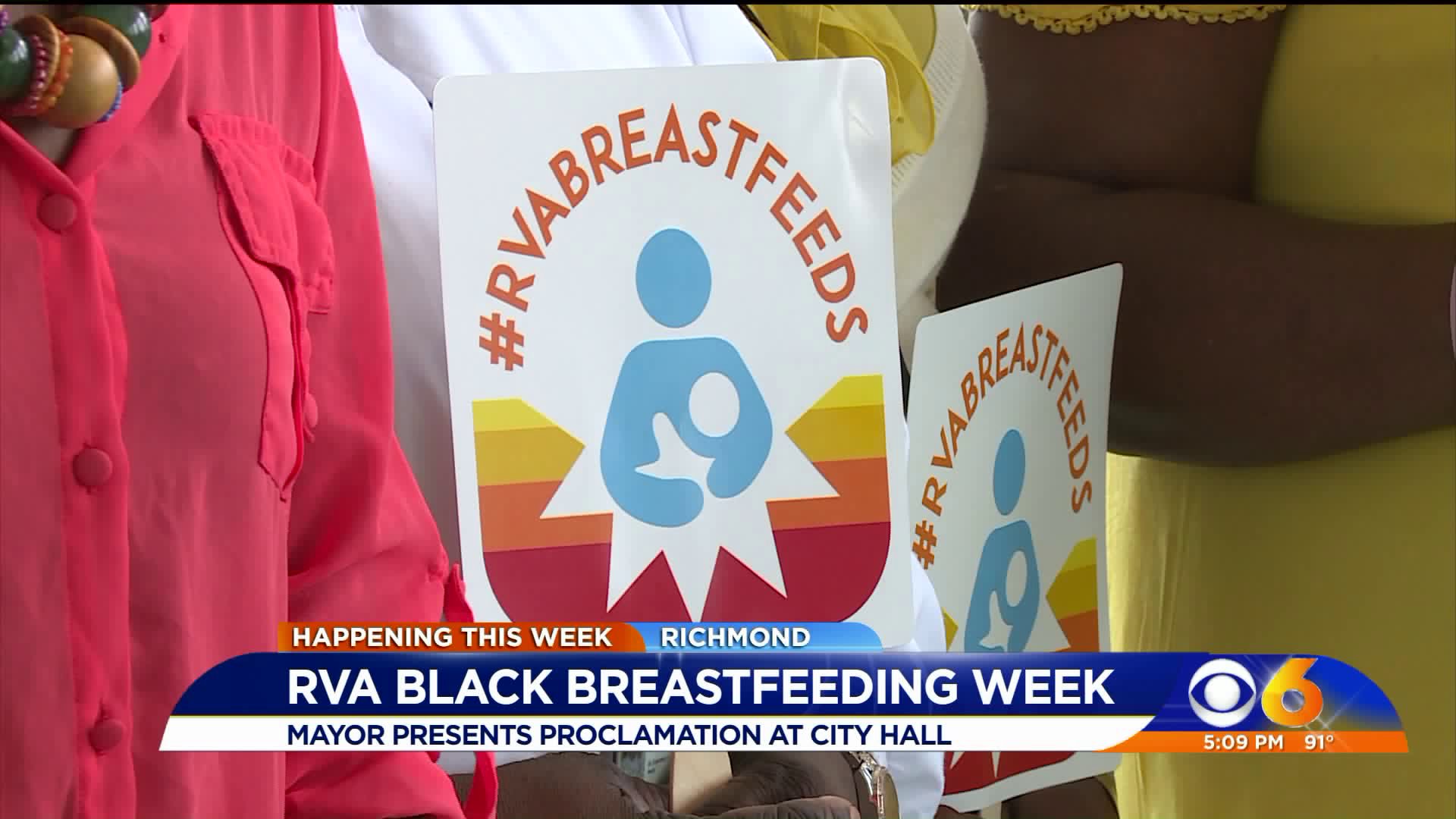 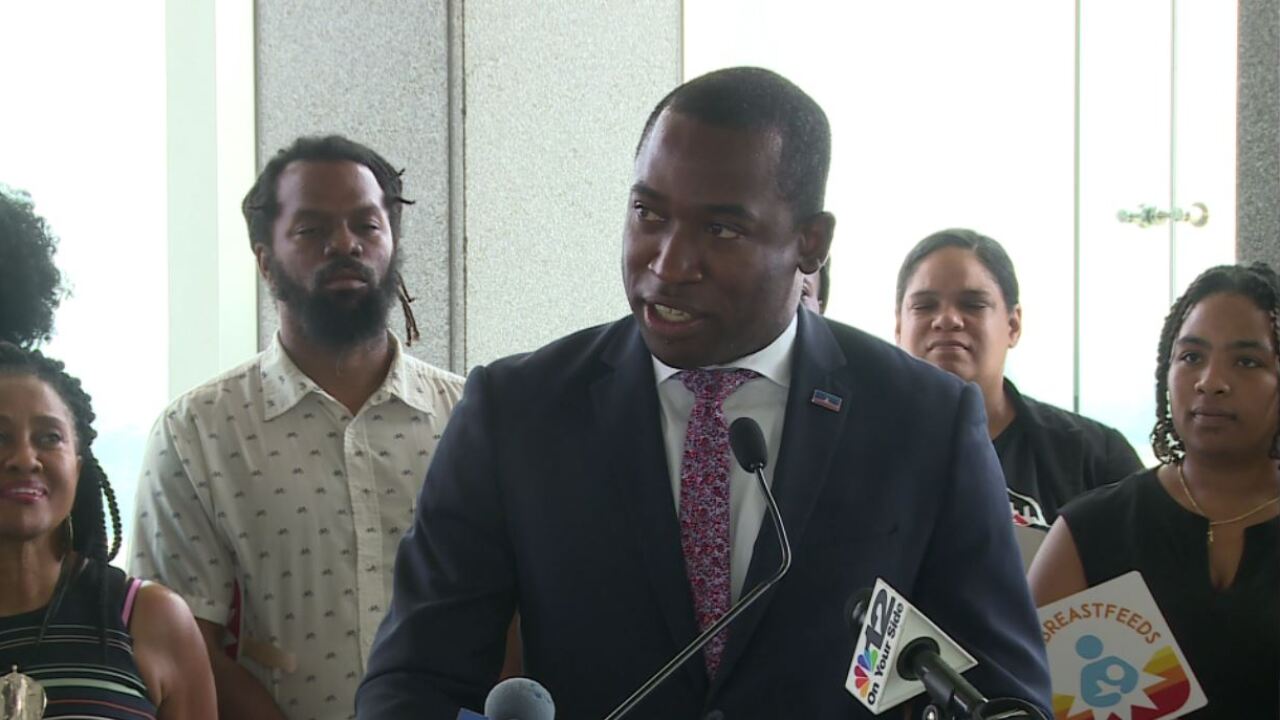 RICHMOND, Va. -- Speaking to a crowd of mothers, fathers, and members of the health community, Richmond Mayor Levar Stoney declared Monday as the beginning of Black Breastfeeding Awareness week in Richmond.

While August is known nationally as Breastfeeding Awareness Month, Stoney spoke of the need to expand educational effort to include the needs of black mothers - and address the disparities seen in breastfeeding rates throughout African-American communities.

“Today I am proud to proclaim August 25-August 31 as Black Breastfeeding Week," Stoney announced to a cheering crowd, "it is estimated that if 90 percent of US mothers could achieve optimal breastfeeding, we could prevent at least 2,600 premature maternal deaths and more than 700 child deaths each year.”

Despite that research showed breast-fed babies have lower risk of asthma, obesity, sudden infant death, and type II diabetes - all conditions that have higher rates among African Americans - Mayor Stoney explained that significant disparities exist in breastfeeding initiation and duration among black women, which in turn, impact the short and long term health of Richmond’s African American citizens.

Today it was my honor to proclaim August 25 - August 31 as Black Breastfeeding Week RVA! Black women have a complex history connected to breastfeeding. (1/3) pic.twitter.com/6GNc4H5sOj

Stoney directly addressed the complicated relationship that black women have with breastfeeding; a relationship historically rooted in slavery and black women being forced to neglect feeding their own children in order to serve as wet nurses. In his speech, he identified the layers of barriers that prevent black women from participating in breast feeding,

"From being forced to neglect their own children to feed their slave owners children as wet nurses, to a lack of societal and medical support, and misinformed cultural norms that do not support breastfeeding in the black community," he said.

In addressing these barriers, Stoney said that it is the collective responsibility of Richmond's health institutions to provide culturally relevant support to new mothers.

“I challenge our city's hospitals, businesses, agencies and coalitions to work together to build a more equitable breastfeeding friendly community for everyone," Stoney said. "May our collective work foster a Richmond that is known far and wide as a mother, baby, and family friendly city that provides culturally relevant, appropriate and equitable support for all of our citizens."