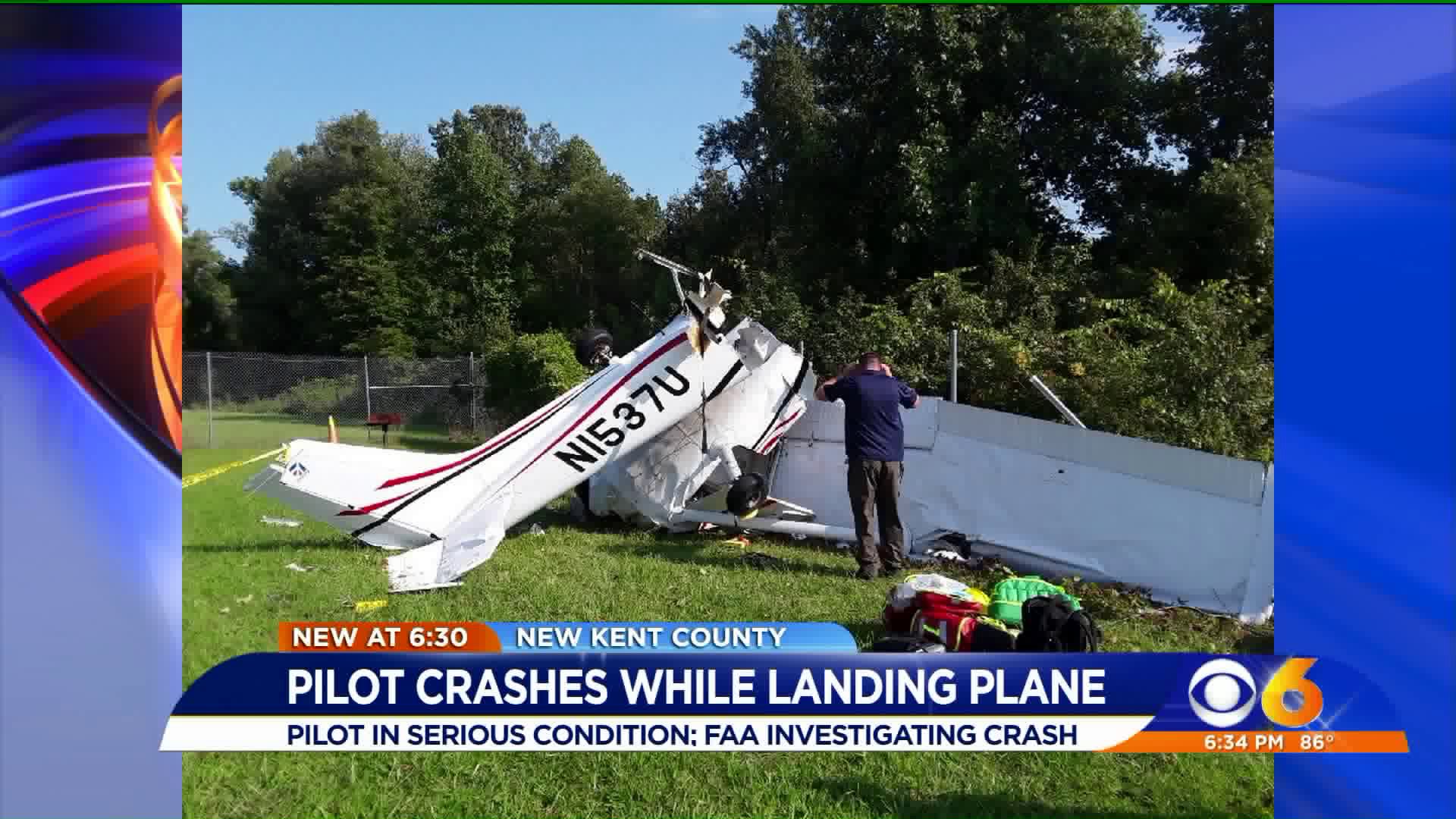 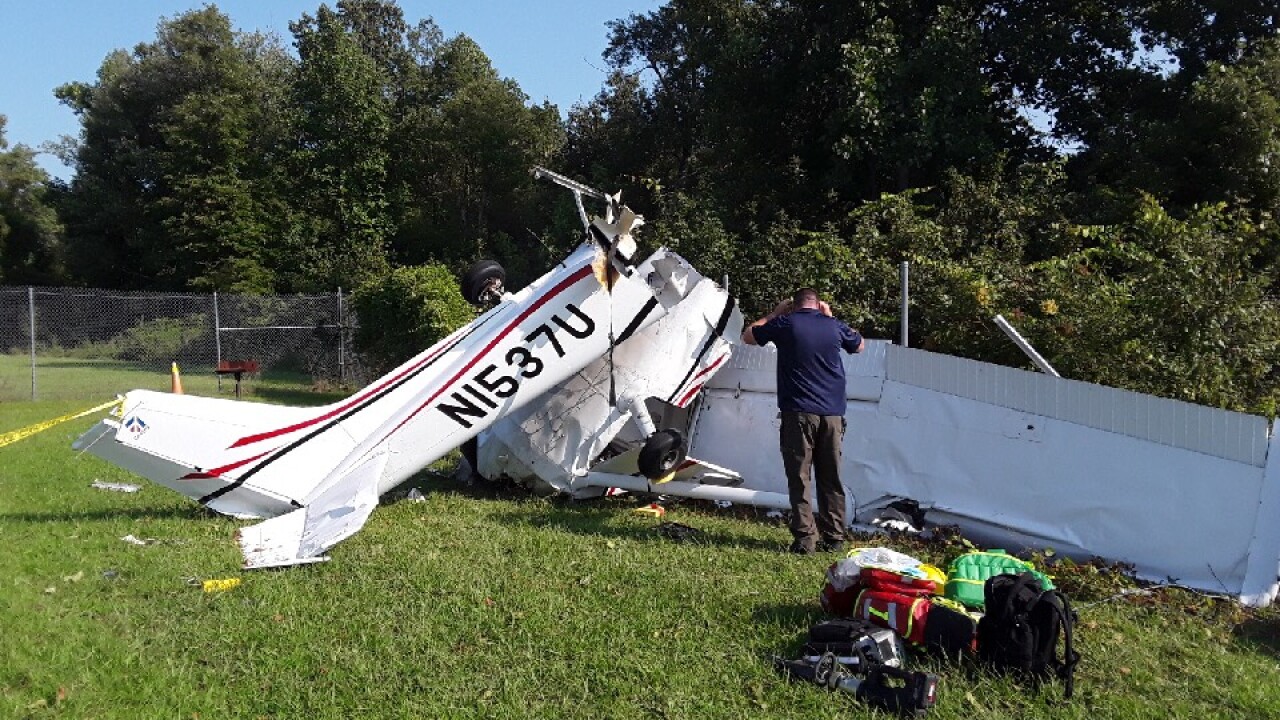 NEW KENT COUNTY, Va. -- The pilot of a small plane that crashed at the New Kent County Airport Sunday afternoon was seriously injured, according to Virginia State Police.

"The troopers preliminary investigation reveals that the pilot of a single engine Cessna was coming in for a landing," Sgt. Keeli L. Hill with Virginia State Police said. "Just prior to touching down, the pilot veered to the left striking some guide wires."

Officials said the victim was transported to an area hospital with serious but non-life threatening injuries.

No other injuries were reported.

Troopers said the FAA has been notified, as is procedure, and that the cause of the crash remains under investigation.