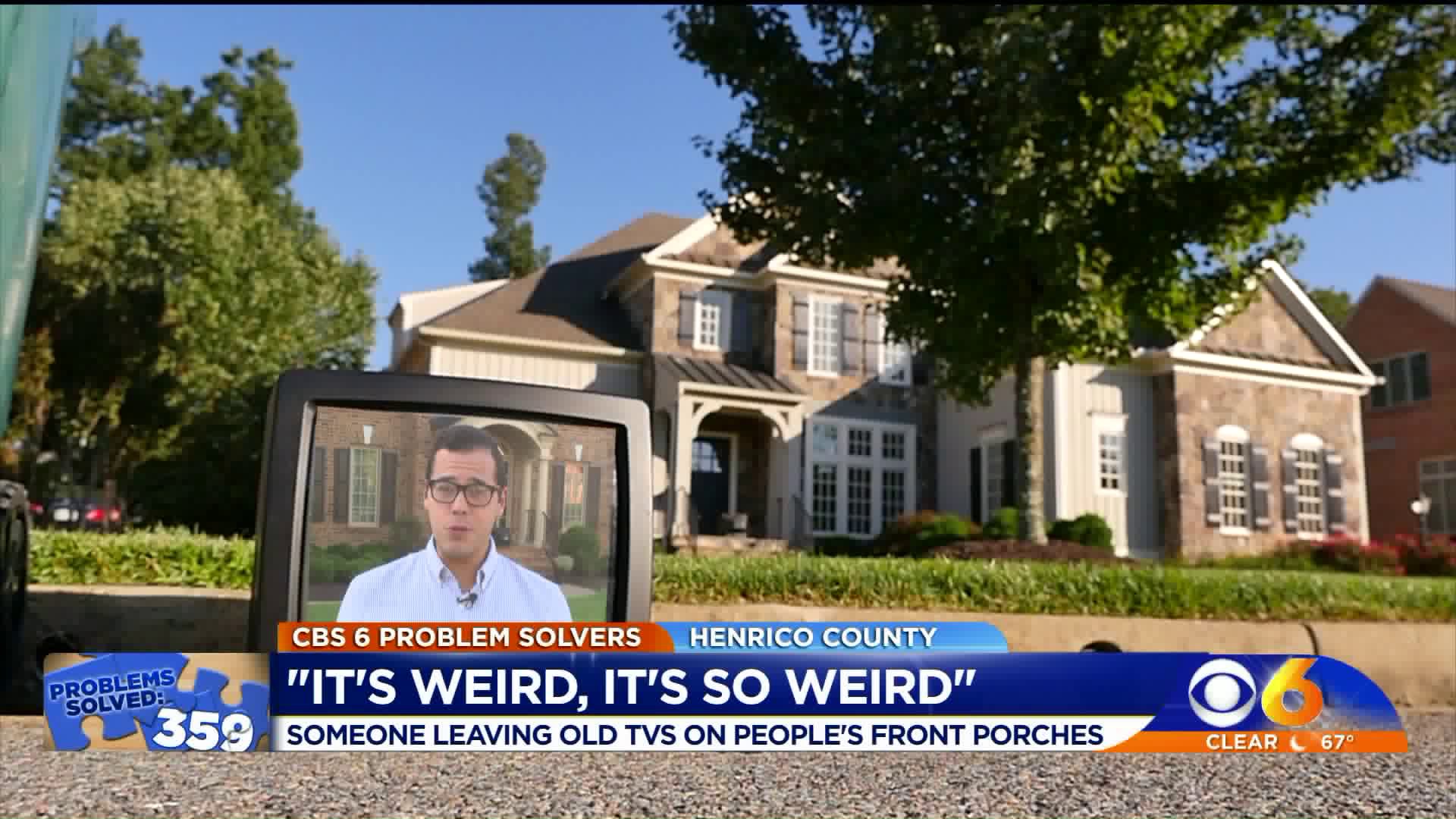 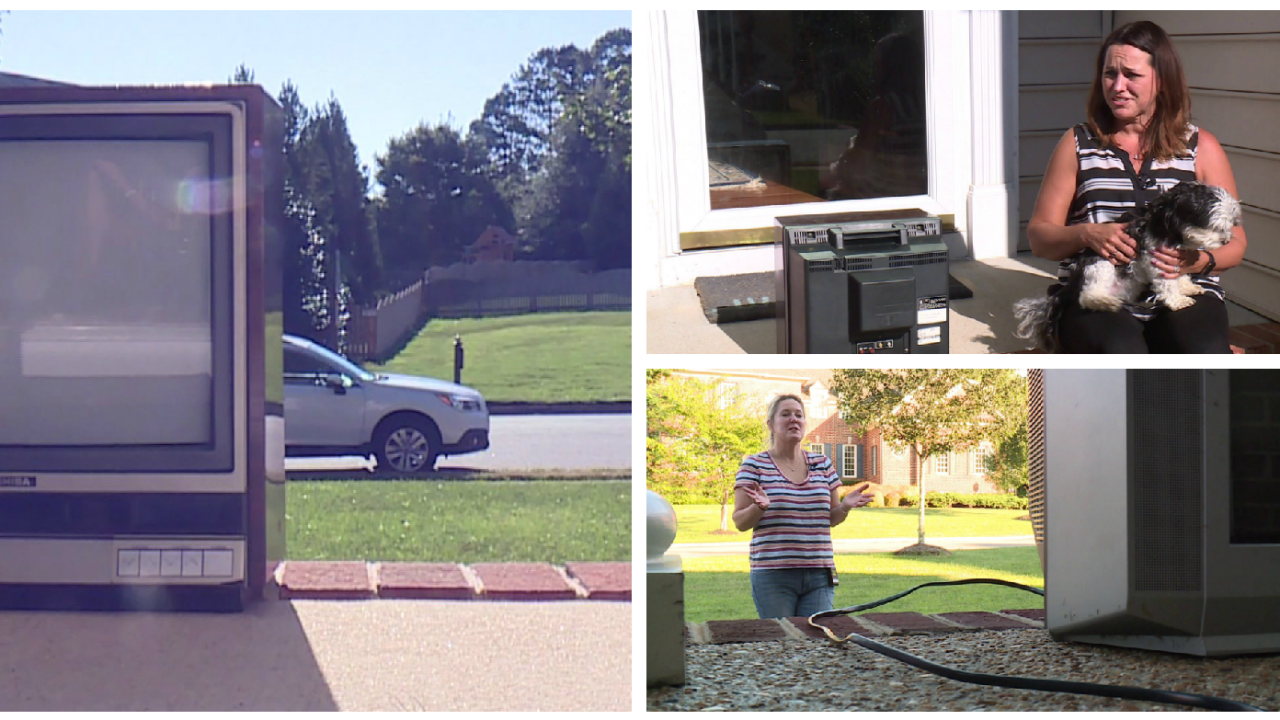 The bizarre discoveries were made by families in the Grey Oaks subdivision on Thursday morning.

"I was leaving for work this morning and I go out the garage door. As I pass through it looked like I had a package on the front door," Robyn Schorr described. "I told my husband to get the package off the front door."

"He took a picture of it and sent it to me and said, 'Amazon must be getting lazy. Where did you want this?'" Schorr said. "It looks like a TV from back to the future."

Schorr posted the picture on a Grey Oaks neighborhood discussion page where she found out she wasn't the only victim.

"Apparently down the road they have lots of TVs delivered to their houses," she stated. "People were calling them Trojan horses saying 'Don’t put them inside your house. Who knows what can happen.'"

"I'm not really sure what would motivate someone would do it," said Shelley Parker, who found a television on her steps. "It takes effort to lift those. They aren’t little light flat screen TVs."

Neighbors estimated more than 20 vintage televisions were left at homes throughout their neighborhood.

Henrico Police said they had received several calls regarding the abandoned televisions and are looking into the circumstances surrounding why they were left.

However, it remains unclear whether a crime had been committed.

"It would be difficult to discuss criminal charges without knowing the intent for leaving them there," said a police spokesperson in an email.

Schorr hoped whoever dropped off the televisions would come forward.