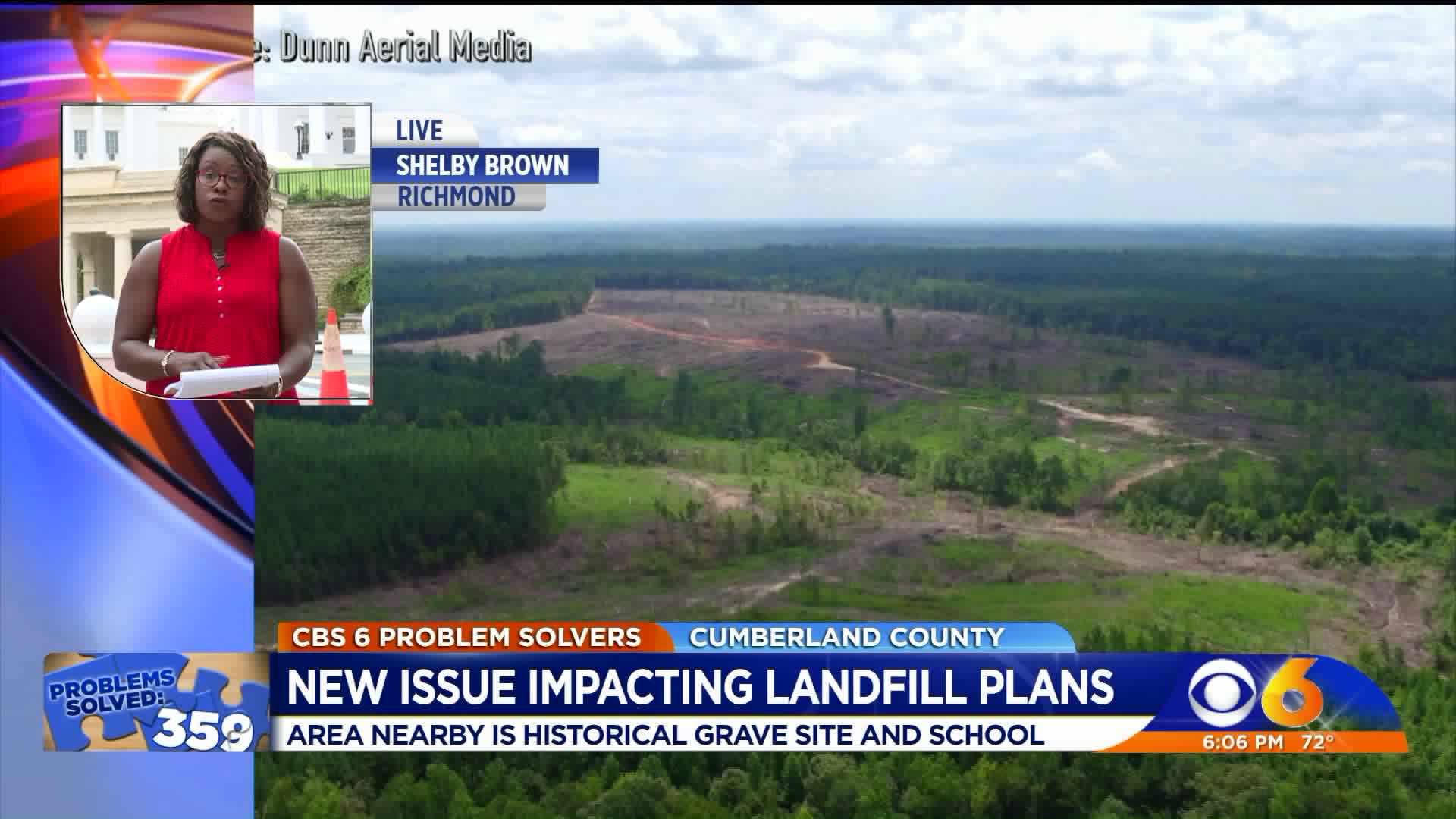 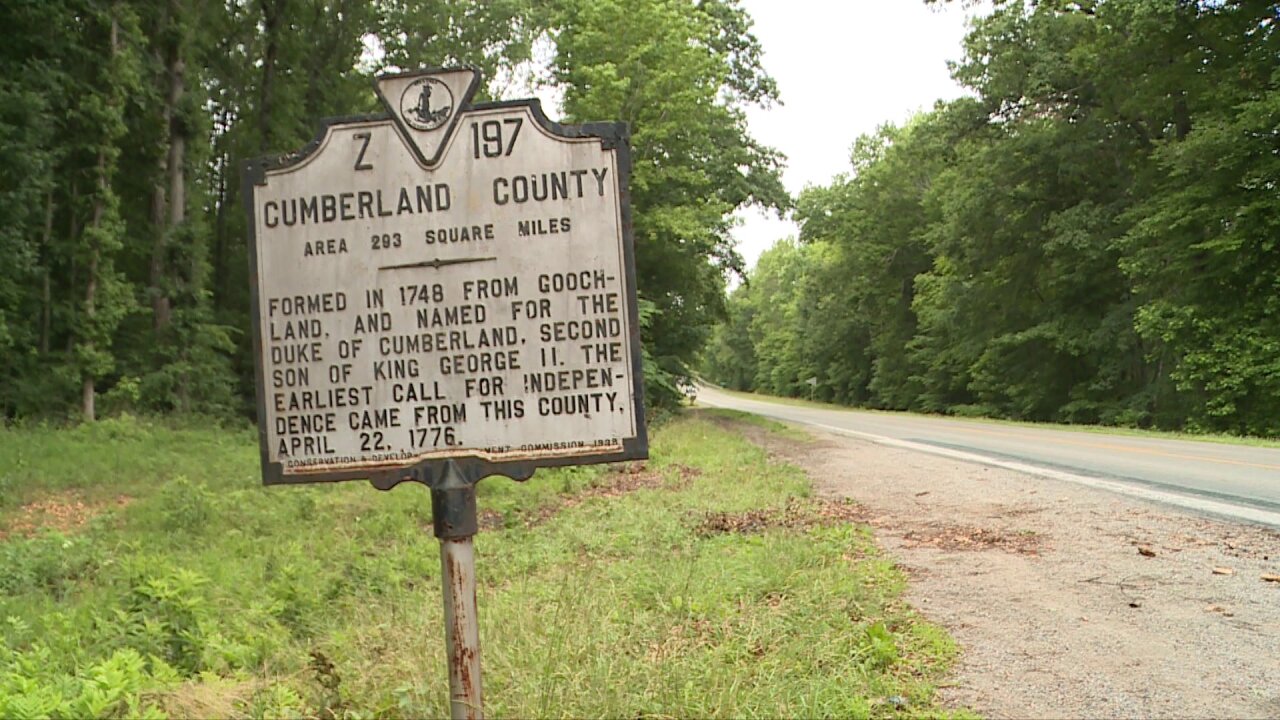 CUMBERLAND COUNTY, Va. – The discovery of a possible burial ground and a historic school building near the site of a proposed landfill in rural Cumberland County has a citizens group sounding the alarm.

Victoria Ronnau said she and other members of Cumberland County Landfill Awareness Group have spent countless hours researching the land near the proposed Green Ridge Landfill.

Ronnau said the group's research led them to an important discovery near the proposed site in an area known to locals as the old town of Clifton.

Ronnau showed reporter Shelby Brown photos that have been shared with the county’s board of supervisors and state lawmakers, including Del. Delores McQuinn.

“It all started to come together and we located one burial site and it has about 15 depression with marked stones,” Ronnau explained.

In addition to the graves, Ronnau said they are concerned about the impact to historic Rosenwald School, which was one of more than 360 schools built in Virginia to educate African-Americans between 1917 and 1932, according to Preservation Virginia.

Ronnau believes concerns about preserving the two areas were repeatedly shared with county leaders, but were ignored.

“During the public meetings, Muriel Miller Branch brought up the Rosenwald School and her concerns and discussed the burial sites and it was discarded,” Ronnau said. "It was stated there was no cemeteries on the property. So there might not be a cemetery, but the burial sites are there that we've discovered.”

Additionally, Ronnau said the news of the graves has been shared with the attorney for Green Ridge.

“He stated he had no knowledge of this and the intent today is to call Green Ridge and notify them and figure out where we go from here.

Jerry Cifor, a senior vice president with County Waste of Virginia, LLC, said crews walked the 1200-acre property several times over the past two years and found no evidence of graves.

However, he admitted that does not mean they do not exist.

As a result, his company will have a professional archaeologist began fieldwork soon to investigate the discovery.

Additionally, Cifor agreed to meet with the citizens group and engineers at the possible gravesite next week.

Del. Delores McQuinn, who plans to visit the area in the coming days, said her office is also investigating.

“We are looking at laws, federal and state and we will see if there is anything that will be applicable to this situation,” McQuinn said. 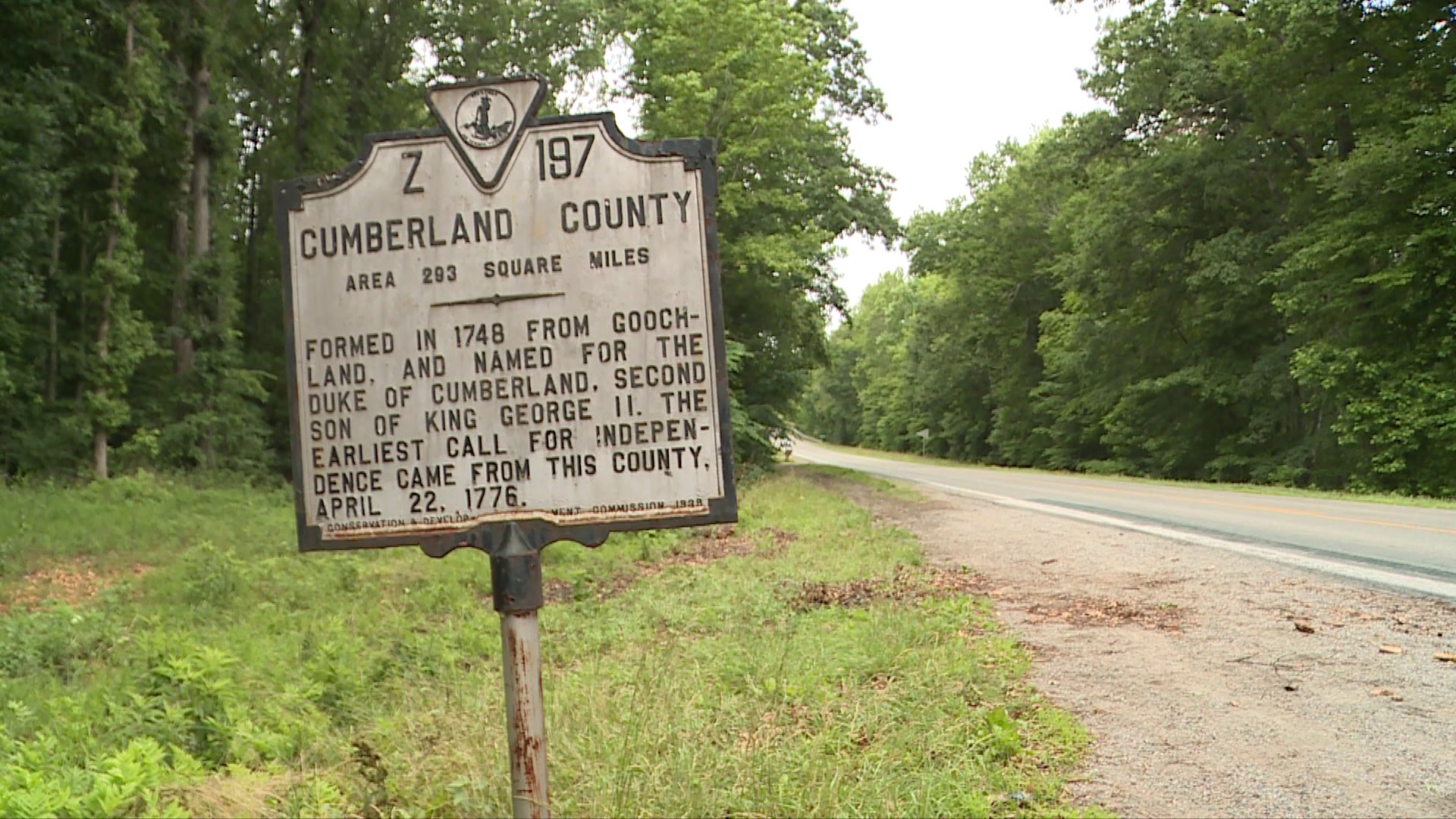