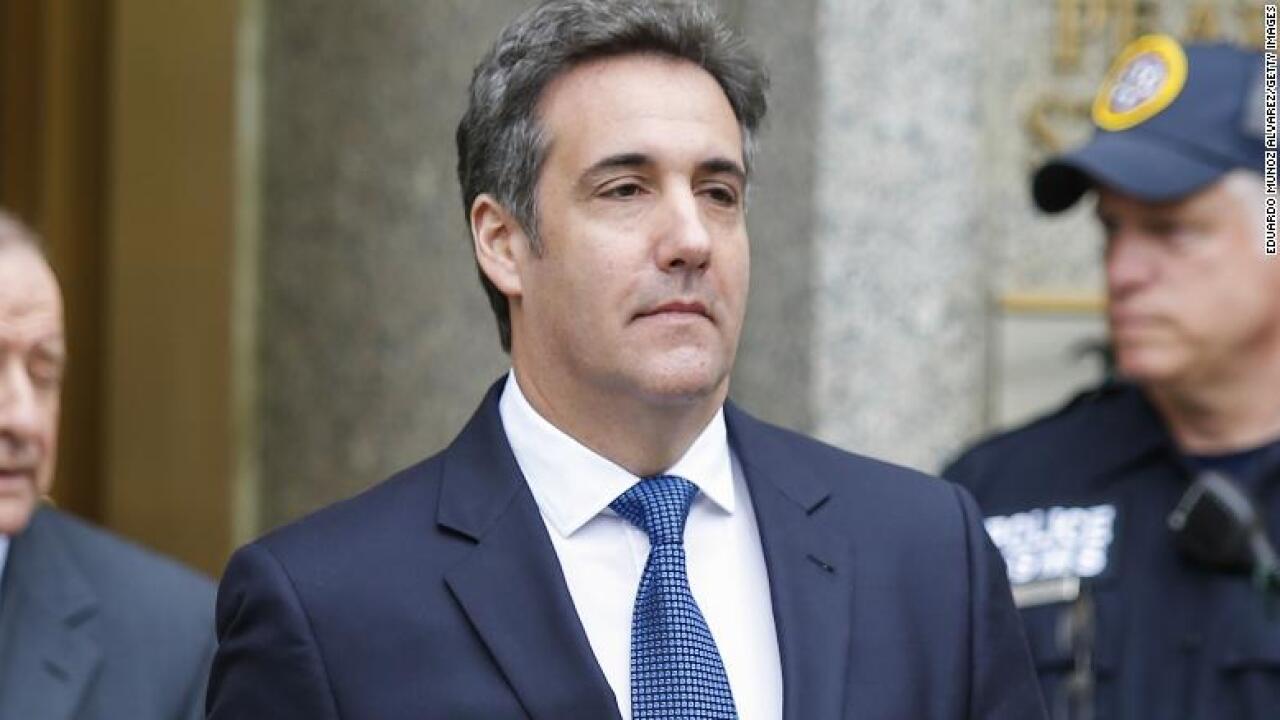 Michael Cohen, President Donald Trump’s former personal attorney, pleaded guilty in Manhattan federal court Tuesday to eight criminal counts and said that “in coordination and at the direction of a candidate for federal office” he kept information that would have been harmful to the candidate and the campaign from becoming public.

The charges against Cohen, an attorney for Trump until earlier this year and a member of his inner circle throughout his presidential campaign, bring an end to a months-long investigation by the US Attorney’s Office for the Southern District of New York.

The deal would include jail time and a substantial monetary fine.

Jail time was one of the sticking points in the negotiations between the two sides, according to one source. Cohen had been pressing for three years but prosecutors sought 50 months.

Cohen has been concerned about asset forfeiture, and the possibility that he would leave his family with nothing. Prosecutors made clear there was a bigger risk that he would have to forfeit assets should he go to trial and be found guilty.

Also in attendance to observe Cohen’s guilty plea in court were Deputy US Attorney Robert Khuzami and the public corruption chief for the Southern District of New York.

As part of the plea deal under discussion earlier Tuesday, Cohen was not expected to cooperate with the government, one source told CNN. However, by pleading guilty both Cohen and prosecutors would avoid the spectacle and uncertainty of a trial.

A plea deal could be a significant blow for Trump. Cohen was part of Trump’s inner circle for more than a decade, working as his personal attorney at the Trump Organization and continuing to advise the President after the election. Cohen once said he would take a bullet for Trump, but the relationship between the two men has frayed since an FBI raid in April of Cohen’s office, hotel room and home.

Trump has distanced himself from Cohen, who has told friends he has felt isolated, according to the friends. Last month, Cohen told ABC News his loyalty is to his family and country first, not the President.

The Cohen investigation was referred to the Southern District of New York by special counsel Robert Mueller. If the plea deal does not include cooperation by Cohen, then it is unclear if he would follow through on his previous assertion to friends, according to sources, that he is willing to talk to Mueller.

It’s not clear how any plea deal with Cohen might affect other entities that have been under scrutiny by federal prosecutors as part of the Cohen investigation, including the publisher of the National Enquirer, American Media Inc., which gave a $150,000 contract during the 2016 election cycle to another woman who alleged an affair with Trump.

Investigators are also examining more than $20 million in loans obtained for Cohen and his family’s taxi companies, The New York Times reported, citing people familiar with the matter.

CNN and the Times reported Sunday that investigators were finalizing criminal charges against Cohen and could announce them by the end of the month.

According to the Times, investigators are trying to determine whether Cohen misrepresented the value of his assets to obtain the loans from two financial institutions that have catered to the taxi industry. They are also scrutinizing whether he failed to properly report his income from taxi medallions to the Internal Revenue Service, the Times reported.

CNN previously reported in April that Cohen is under investigation for possible bank and tax fraud, that his taxi medallions are a focus of the investigation, and that one of the banks that made the loans was Sterling National Bank, whose spokesman declined to comment earlier this month about federal scrutiny of the loans. The Times, citing financial records and people with knowledge of the matter, reported that the other financial institution is the Melrose Credit Union.

Prosecutors have been scrutinizing a variety of documents submitted by Cohen to various institutions, including those to the Internal Revenue Service and those to Sterling National Bank, CNN has reported.