Friends remember Henrico woman thrown from truck: ‘She was always thinking of others’ 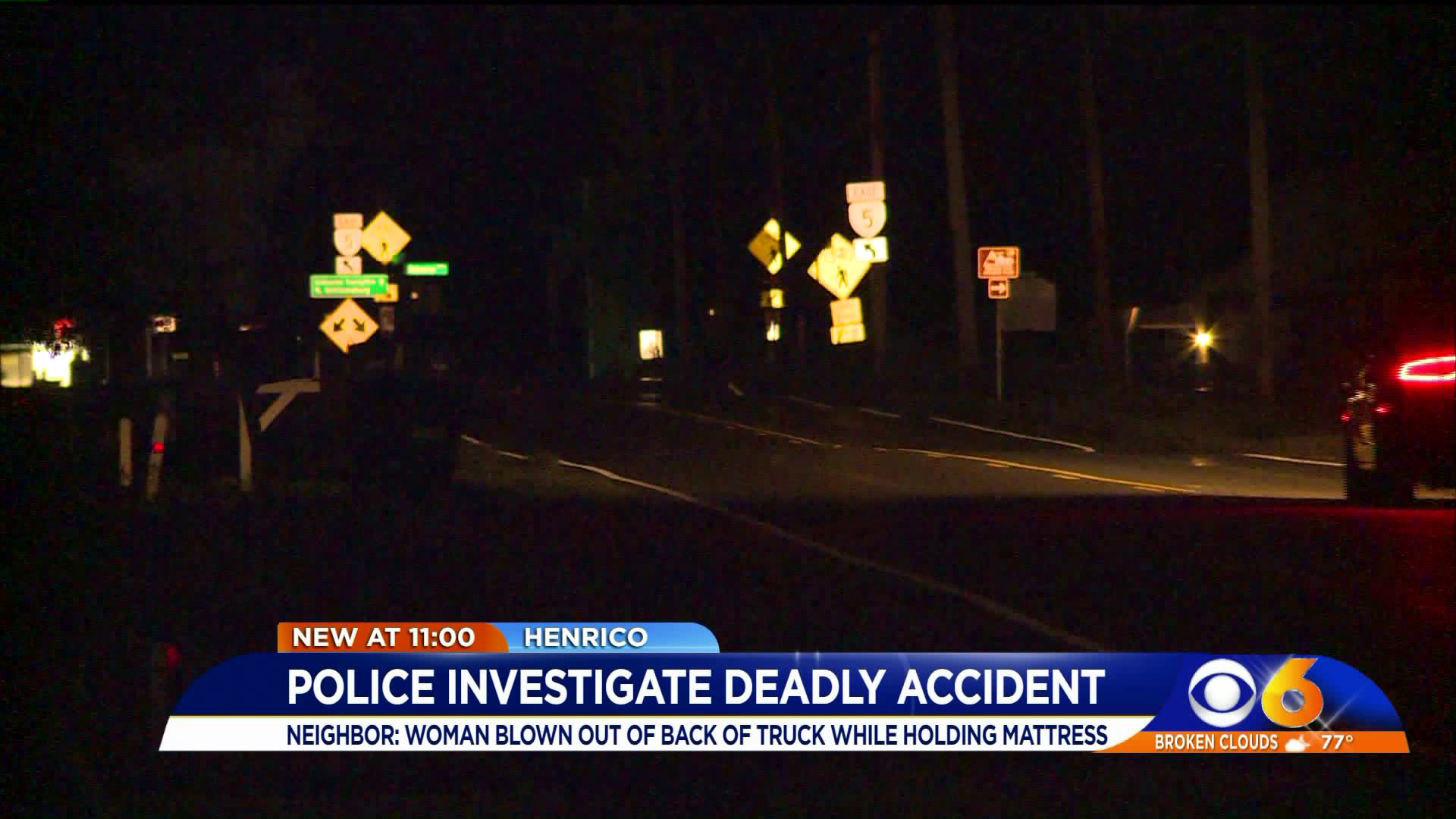 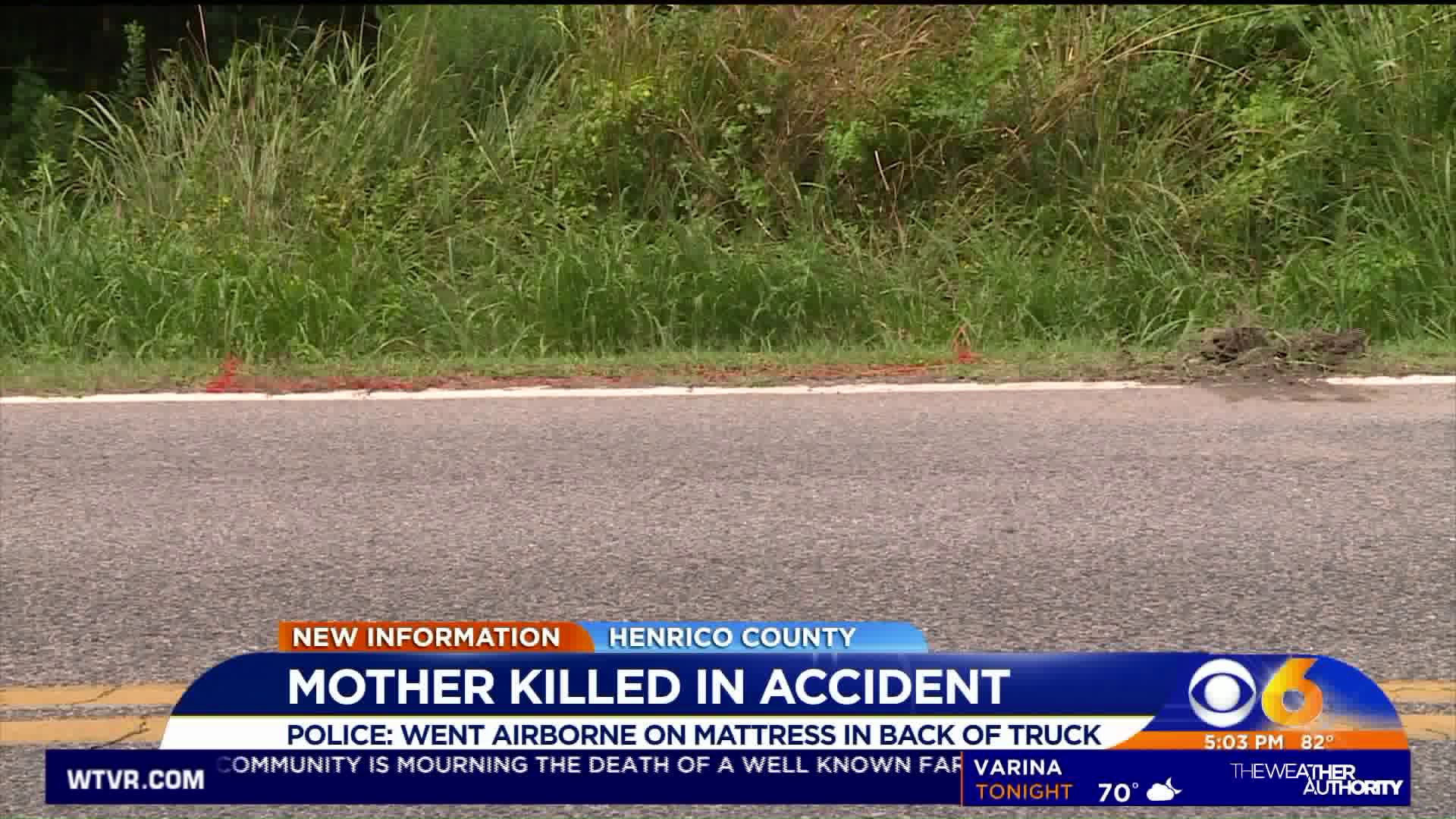 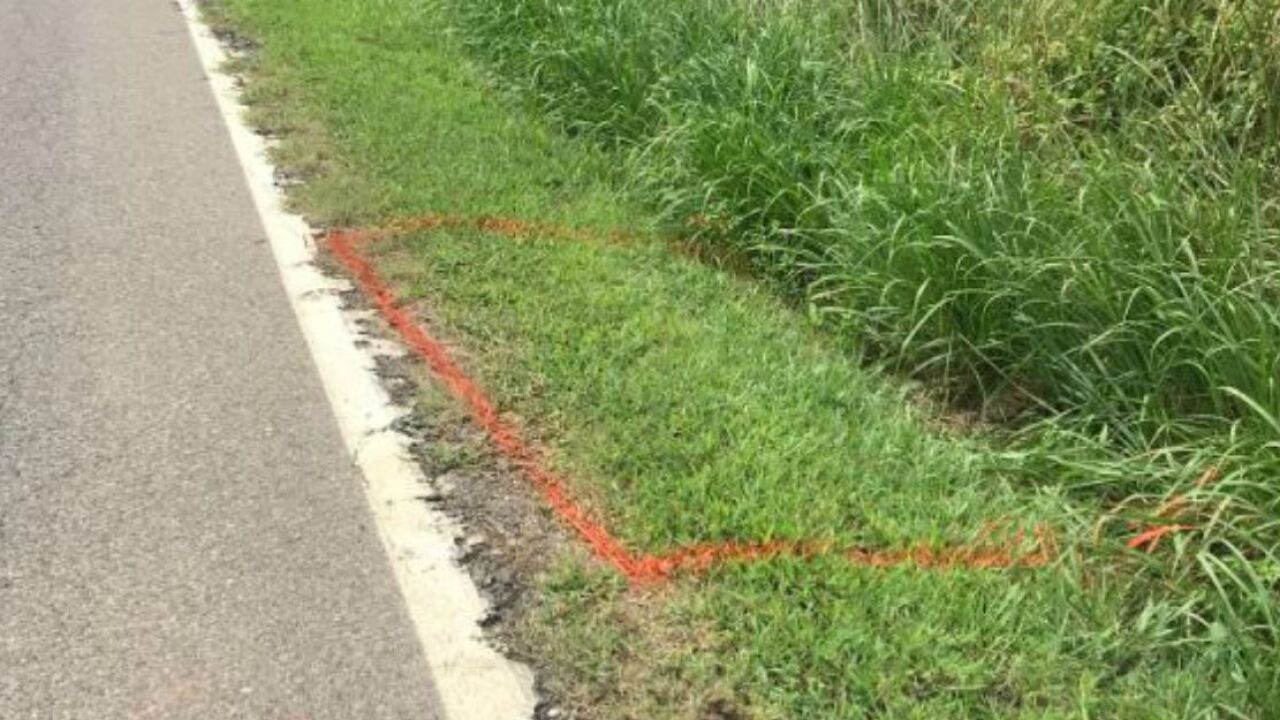 HENRICO COUNTY, Va. -- Henrico Police identified the woman killed Sunday as she held a mattress while riding in the back of a pick-up truck as 27-year-old Jesse Disse, of Henrico.

Disse was pronounced dead at the scene Sunday, at about 4:10 p.m., along the the 6900 block of Osbourne Turnpike.

"The investigation determined the female was riding in the bed of a Ford pick-up truck with a mattress when she and the mattress were thrown from the bed of the truck," a Henrico Police spokesperson said. "Both landed in the roadway. There were no other vehicles involved in this incident."

Speed and alcohol are not considered factors in this crash, police added.

"The wind caught it and it flew out the truck and took her with it," a neighbor, who called 911, said.

CBS 6 reporter Melissa Hipolit talked to a friend of Jesse's over the phone.

She described her friend as someone who loved her husband and her kids, and who was always thinking of others before herself.

Henrico Police day 27-year-old Jesse Disse was killed on Osborne Turnpike on Sunday when she and a mattress flew out of the back of the pick up truck they were riding in. @CBS6 pic.twitter.com/LOnB2xKJof