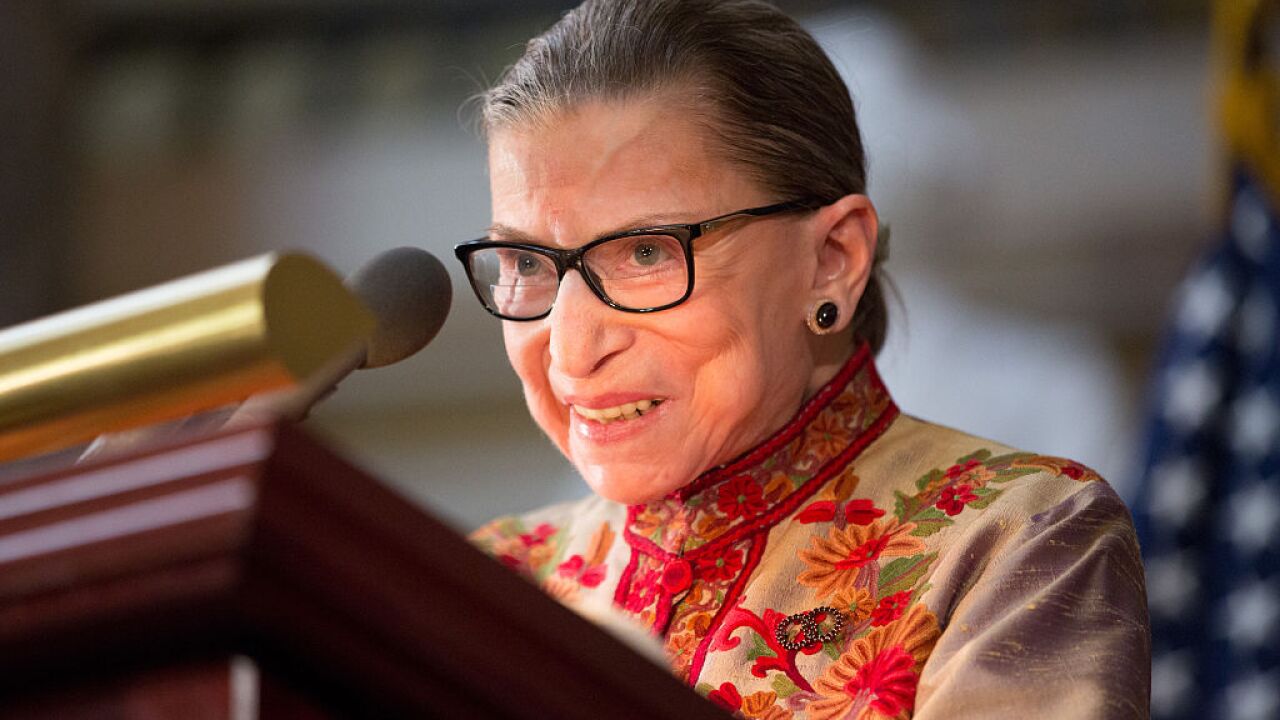 Justice Ruth Bader Ginsburg said she hopes to stay on the Supreme Court until the age of 90.

“I’m now 85,” Ginsburg said on Sunday. “My senior colleague, Justice John Paul Stevens, he stepped down when he was 90, so think I have about at least five more years.”

She has already hired law clerks for at least two more terms.

Ginsburg spoke in New York following a production of “The Originalist,” a play about the late Justice Antonin Scalia, at the 59E59 Theater.

“If I had my choice of dissenters when I was writing for the court, it would be Justice Scalia,” Ginsburg said, saying that the back and forth would help her form her arguments. “Sometimes it was like a ping-pong game.”

As a result, Ginsburg said, her landmark decision opening up the Virginia Military Institute to female cadets was her 18th draft.

“My dear spouse would say that the true symbol of the United States is not the bald eagle — it is the pendulum,” Ginsburg said. “And when it goes very far in one direction you can count on its swinging back.”

As for retiring or term limits, Ginsburg said no chance.

“You can’t set term limits, because to do that you’d have to amend the Constitution,” Ginsburg said. “Article 3 says … we hold our offices during good behavior.”

“And most judges are very well behaved,” she added, to laughter.