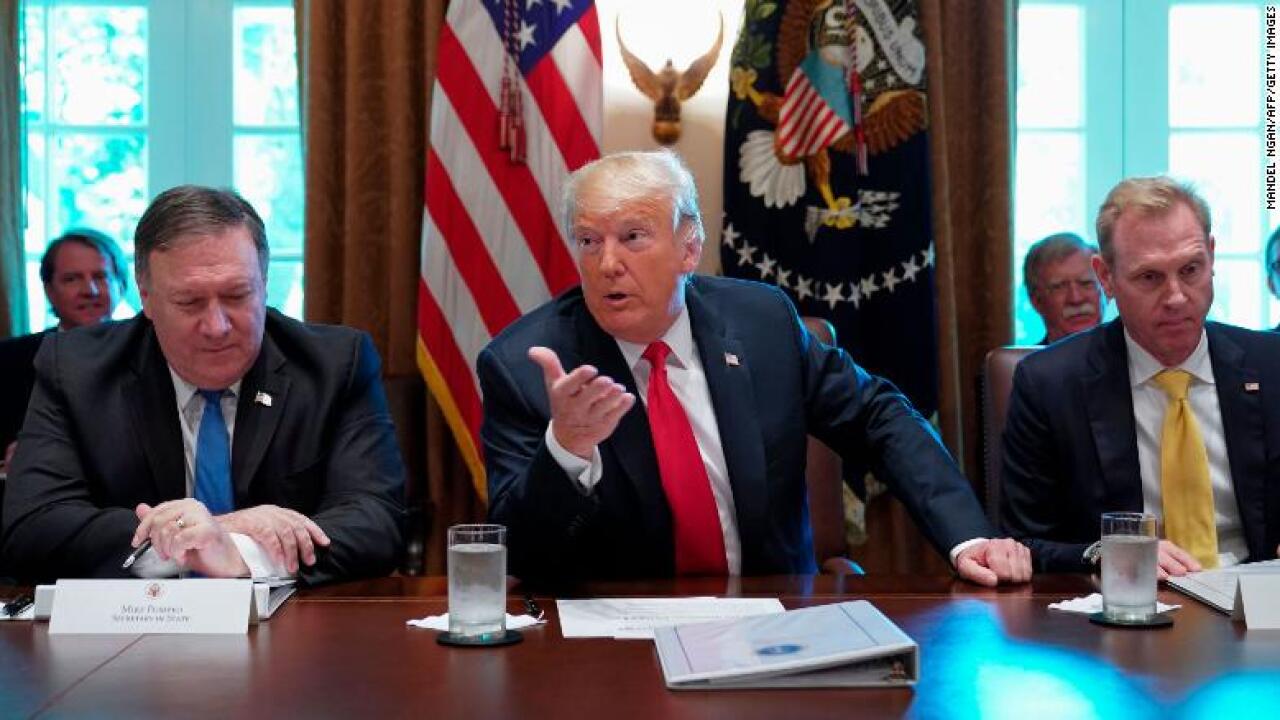 President Donald Trump’s decision to revoke former CIA Director John Brennan’s lifetime security clearance is the latest political grenade the President has lobbed at the already fragile bridge between the intelligence community and its primary customer.

There’s a sense of internal frustration and exasperation within intelligence agencies at the way Trump has portrayed his strike against Brennan as political retribution, sources tell CNN. But in a field that prides itself on apolitical service to the commander in chief, these sources say intelligence professionals largely plan to put their heads down and continue working, allowing their retired brethren to speak out on their behalf.

More than a dozen former senior intelligence officials who served under both Democratic and Republican presidents have denounced Trump’s decision as “ill-considered” and “unprecedented.”

“We have never before seen the approval or removal of security clearances used as a political tool, as was done in this case,” said the statement. With the exception of Brennan — and excluding those who served under Trump — it was signed by every CIA director since George Tenet, who took over the agency in 1996.

Neither current CIA Director Gina Haspel, the Director of National Intelligence Dan Coats, nor any of the other intelligence chiefs were consulted on the final decision about Brennan — and they aren’t likely to comment.

“Those who are expecting Coats or Gina Haspel or anyone else to speak out on these issues misunderstands how the intelligence community works and its ethos of being quiet professionals,” said Klon Kitchen, a former intelligence official and national security adviser to Republican Sen. Ben Sasse.

Neither official has plans to hold additional meetings with the President on the matter, sources tell CNN. That will only happen privately if there’s a legitimate concern for national security. Brennan’s expertise, while helpful to current officials seeking advice, likely doesn’t rise to meet that threshold, sources said.

Trump has repeatedly attacked his intelligence services, comparing them to Nazis and questioning their findings on Russia’s attacks on the 2016 election. He has at times appeared to freeze senior officials out, catching Coats publicly unaware when the White House extended Russian President Vladimir Putin an invitation to the White House.

Similarly, the intelligence community found out about the Brennan decision “from watching television,” one national security official told CNN.

Coats “spends a lot of time at the White House,” and will likely try to manage the situation by redirecting attention towards more pressing threats, including North Korea and ISIS, the source continued.

“You’ve got to triage” at the White House, the source said.

In recent months, Coats has had the last word on the intelligence community’s response to attacks or challenges from the commander in chief.

When Trump questioned the validity of the information provided by his intelligence officials on a stage in Helsinki next to Putin mid-July, Coats defended his colleagues and said he stood by their work.

He later admitted during a national security conference in Aspen, Colorado, that he hadn’t been consulted or briefed on the meeting with Putin and he spoke candidly about some of the Trump’s decisions that he said he would have made differently.

That public appearance by Coats, which drew criticism from the White House, put the intelligence community more publicly at odds with Trump than ever before, but it blew over after Coats submitted an apology.

‘It’s being talked about’

Intelligence officials, according to sources familiar with the matter, desperately sought to escape the limelight Coats’ comments brought and return to their work and were pleased when other news allowed Coats to retreat for personal travel far away from Washington’s political fray.

Trump’s strike against Brennan and his threats against the clearances of other mostly vocal former officials, fall well within his power as President, most agree.

“The President has the ultimate authority to decide who holds a security clearance,” a spokesperson for the Office of the Director of National Intelligence said Thursday. The CIA declined to comment.

But it’s “being talked about,” said one former official in touch with colleagues still in the intelligence community. It’s “hard to measure if [morale] has gotten worse,” the official said.

It remains difficult at times to deliver intelligence products to the National Security Council, or during the President’s Daily Brief, where issues are kept short and sweet, the source said.

But intelligence officials have lasted this long under the President and may be convinced to weather the storm a while longer. There are plenty of former officials who are employed at local Washington universities or private companies who maintain clearances, advise the current workforce and are careful to speak quietly when they disagree with the administration.

“From the beginning, intelligence analysts are taught to speak truth to power … but also that we don’t do politics,” said Kitchen, the former intelligence official who now leads the technology division at the conservative think tank Heritage Foundation. “We provide informed, evidence-based insights and analysis to policy makers so that they can make the best decisions for the country.”

Politics have crept into the national security sphere in unusual ways since Trump was elected, however.

The latest move against Brennan has inspired some retired officials who typically remain quiet to speak out, including retired Admiral William McRaven, who said he would be “honored” to lose his clearance alongside Brennan, as well as former CIA director Bob Gates, who signed onto the letter from the retired senior intelligence officials.

In recent months, intelligence officials have begun to discuss ongoing political events with greater frequency, several former officials told CNN. Many current employees are posting on social media, CNN was told, including some high-ranking officials, who have written messages of solidarity on their private pages — a step that wasn’t typically taken in the past.

Bakaj, who wrote the intelligence community’s guidelines on protecting whistleblowers and responding to retaliation under the law, said “the President’s claim that Mr. Brennan’s clearance revocation has something to do with the Russia investigation could, actually, be construed as being retaliatory in nature — which is prohibited.”

Trump “would be well advised to reconsider his decision — and any future contemplated decisions of this nature — and Mr. Brennan should certainly consider challenging the action,” Bakaj said.

Reaction within the intelligence community, which employs a large number of people from different political backgrounds in its 17 different agencies, is never unilateral. However, the one common trait among those currently working is a desire to stay the course.

“The IC is a microcosm of society at large, so reactions will cover the full spectrum of views,” said Larry Pfieffer, former CIA and NSA Director Gen. Michael Hayden’s chief of staff. Hayden’s name is on the list of former officials whose clearances Trump is examining, though he told CNN on Thursday that having his clearance revoked would not impact his life or commentary.

“That being said, duty and mission focus will carry the day for most,” Pfeiffer, currently a senior advisor to the Chertoff Group, told CNN. “They’ll put their heads down and plow forward.”

But one source who keeps in touch with current intelligence officials said the workforce is wondering how their leadership will continue to reassure them. There’s a feeling that the traditional message from leadership to stay the course may be losing its effectiveness. You “can’t spin this into a traditional management message,” the source said.