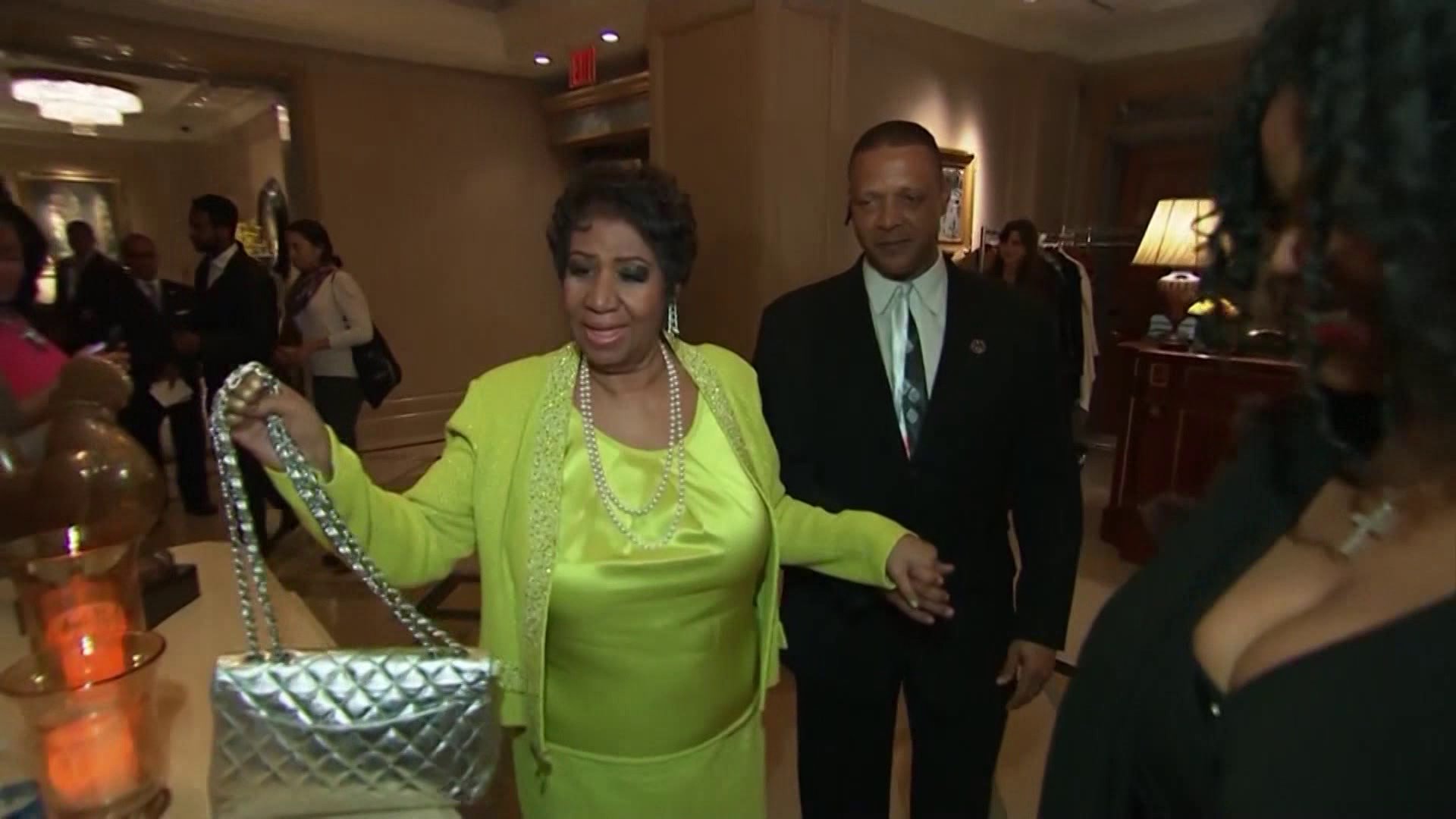 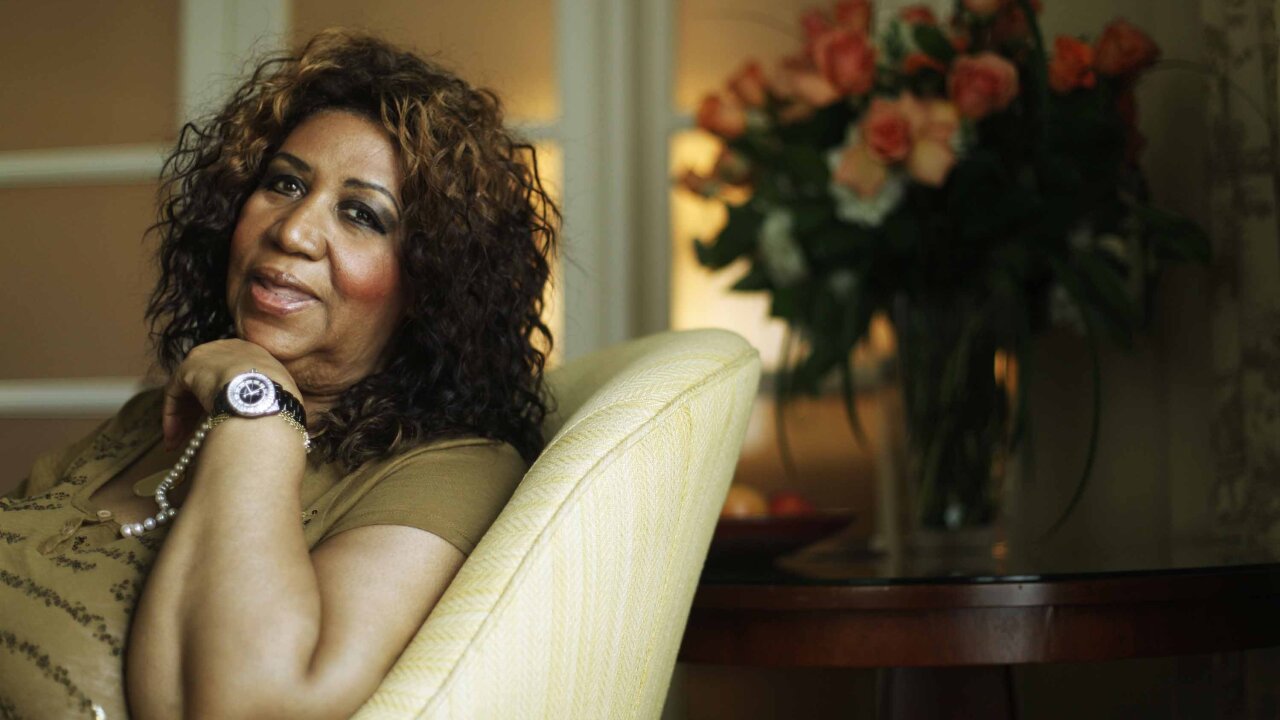 RICHMOND, Va. -- Aretha Louise Franklin was born in Memphis, Tennessee in 1942. At the age of four, her family moved to Detroit, the city where she would find fame and fortune.

The daughter of a preacher, Franklin was just 14 years old when she released her first album, a gospel record.

Her singing ability eventually got the attention of Columbia Records, which gave her a contract in 1960.

But Franklin’s life, and the lives of many music fans, would change forever in 1967, when she signed with Atlantic records. That year, she would release two of her signature songs, “(You Make Me Feel Like) A Natural Woman” and “Respect.”

Those hits would kick off a career of chart topping success, making Franklin one of the most popular recording artists in the world.

She sold more than 75 million records.

Won so many Grammys that they eventually named an award after her.

In 1987, the Queen of Soul was the first woman inducted into the Rock and Roll Hall of Fame.

“Aretha was a prime example of what God can do for a person,” said Richmond native Stu Gardner.

“We went in the studio. We cut that track in about 30 minutes, I mean she had never heard it, all she had heard was the music, she put the background together, the whole concept together, and it was one of the funkiest theme songs on TV, man," explained Gardner.

During her life, Aretha Franklin serenaded popes and presidents and in 2005 she received the Presidential Medal of Freedom, the nation’s highest civil award.

“She did bring a lot of people together, of all races,” said Sheilah Belle, midday host, Praise 104.7 FM.

A few years ago, Franklin sat down with our Washington DC sister station to talk about her history in the nation’s capital, where she first performed as a teenager.

She also spoke about what it was like singing for numerous presidents, including her famous performance at the inauguration of Barack Obama in 2009.

“It truly was a historical moment and what a moment to be there and of course Dr. King’s dream is still active and still alive,” said Franklin.

While she called Detroit home, Franklin made quite a few stops in Central Virginia over the years.

But many of them were done in secret.

“She would always pull into the Greyhound bus station back in the day, a Trailways bus station when it was open late at night," said Darlene Thomas, Norman Dugger’s cousin.

She and her family would often visit him at his home in Petersburg, but Dugger would keep those trips quiet to protect Franklin’s privacy.

“Norman raised her sons, as they were on the road. Her sons were in Petersburg from little toddlers, he would bring them here to stay with him,” said Thomas.

“Aretha was probably here a couple a times a year and no one ever knew,” she added.

But Franklin also had more public visits to Central Virginia.

She was one of the first musical acts to play the Richmond Coliseum after it opened its doors in 1971.

She famously returned to the River City in 1998, taking the stage with the Richmond Symphony.

More recently, it was announced that Franklin would have a show at the Altria Theater in November of 2014, but that was cancelled because of a scheduling conflict.

“A lot of what we hear today on the radio, when you talk about your Mariah Careys, your Janet Jacksons, your Beyonces, that is Aretha Franklin… a lot of what they got today is from Aretha,” explained Jackie Paige, midday host, iPower 92.1 FM.

WASHINGTON, DC - DECEMBER 6: Singer Aretha Franklin performs during the 91st national Christmas tree lighting ceremony on the Ellipse south of the White House December 6, 2013 in Washington, DC. The lighting of the tree is an annual tradition attended by the president and the first family. President Calvin Coolidge lit the first national Christmas tree, a 48-foot Balsam fir, in 1923. (Photo by Jim Lo Scalzo-Pool/Getty Images)

In February of 2017, after a lifetime of performing and influencing countless other artists, Franklin announced that was she was planning to retire, saying she wanted to spend more time with her grandchildren.

But there were concerns about her health. It had been reported in 2011 that Franklin had been diagnosed with cancer. Something that she denied at the time.

But during a performance at an AIDs benefit last November, Franklin had noticeably lost a lot of weight.

Then, earlier this month, came reports that the iconic singer was gravely ill. Those reports would turn out to be true.

Aretha Franklin died this morning at her home in Detroit. Her family confirmed that it was the result of a long battle with pancreatic cancer.

“I do believe Aretha Franklin with all she has done and all she has given us in the music community… she is the true ‘Queen of Soul’ and no one can ever take that away from her, she lived that life, rest in peace,” added King Tutt.

The “Queen of Soul” may be gone, but her voice will never be forgotten.