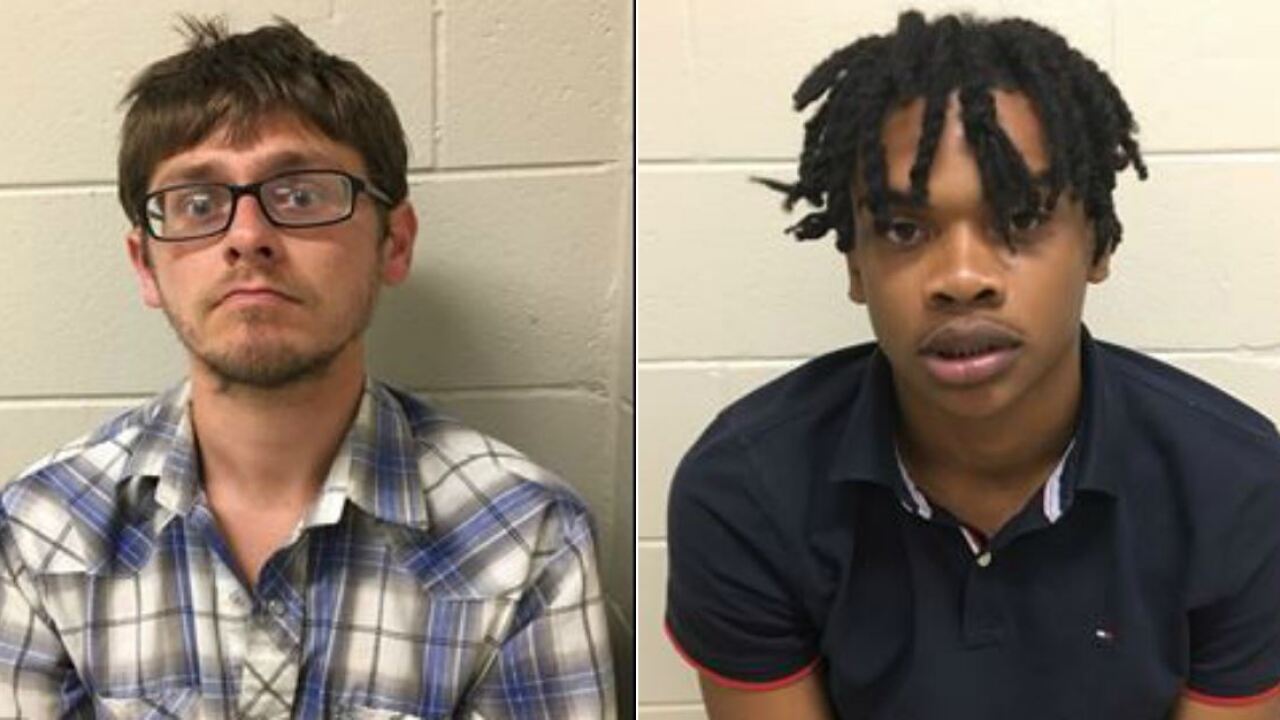 PRINCE GEORGE COUNTY, Va. — Two people were arrested and charged with shooting into a home, according to a Prince George Police spokesperson. No one inside the house was injured in the shooting.

Bradley Curtis Lowman, 30, and Charles Kermit Young IV, 18, both of Prince George, were charged with shooting into an occupied dwelling, use of a firearm in the commission of a felony, and reckless handling of a firearm. Young was also charged with possession of marijuana and carrying a concealed weapon.

The pair was arrested after an August 15 incident in which people along the 4200 block of Nimitz Place called police about gunshots. Both a home and cars were struck with bullets.

“As a result of multiple, vigilant citizens immediately relaying information via 911, officers were able to quickly locate the suspect vehicle,” a Prince George Police spokesperson said. “Officers subsequently executed a vehicle stop on Crossings Boulevard. Two subjects were arrested without incident, and officers recovered a handgun and other evidence from the vehicle.”

Police believe another shooting call, earlier that same morning, was related to the evening shooting. The investigation in on going, according to police.