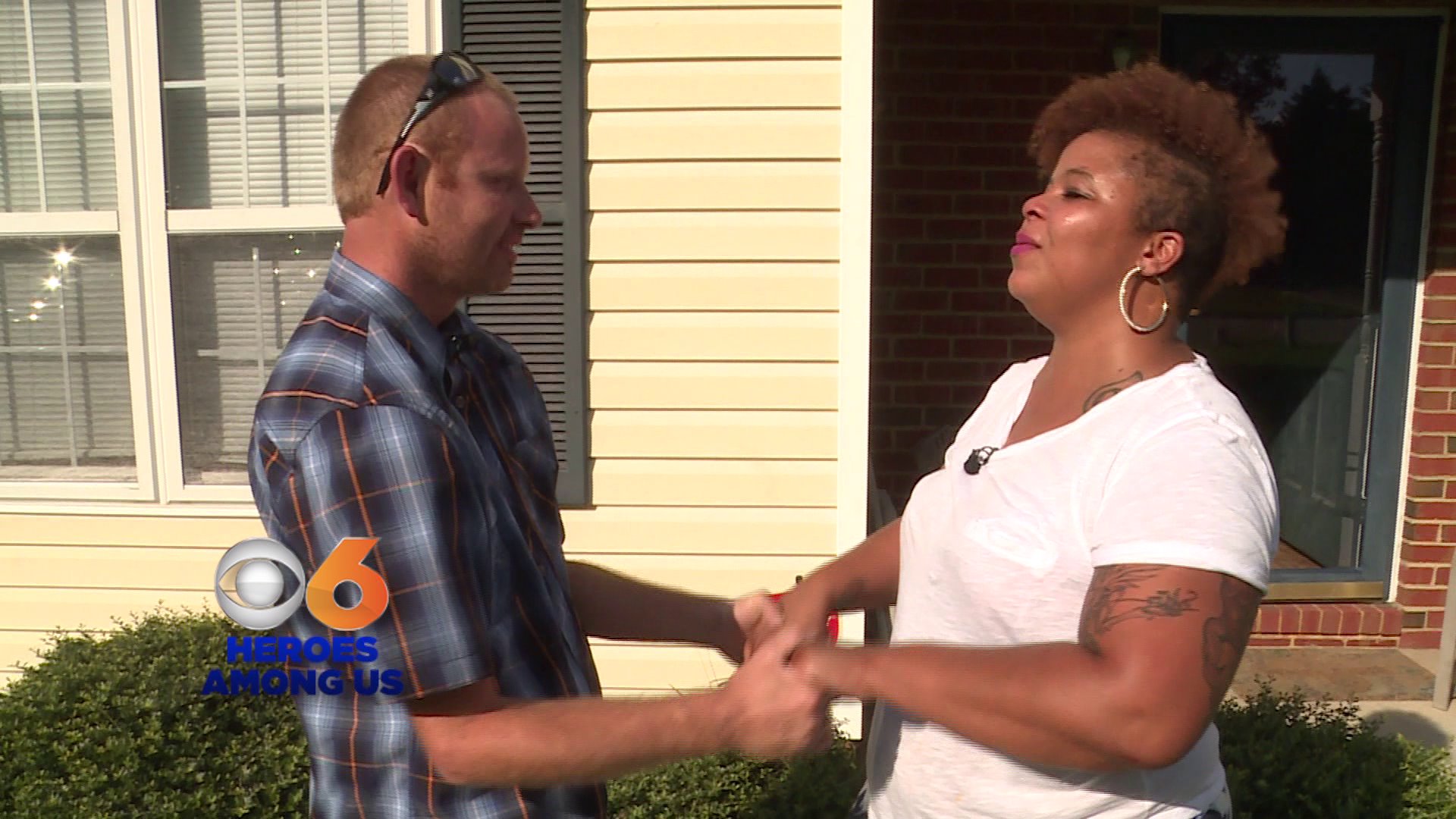 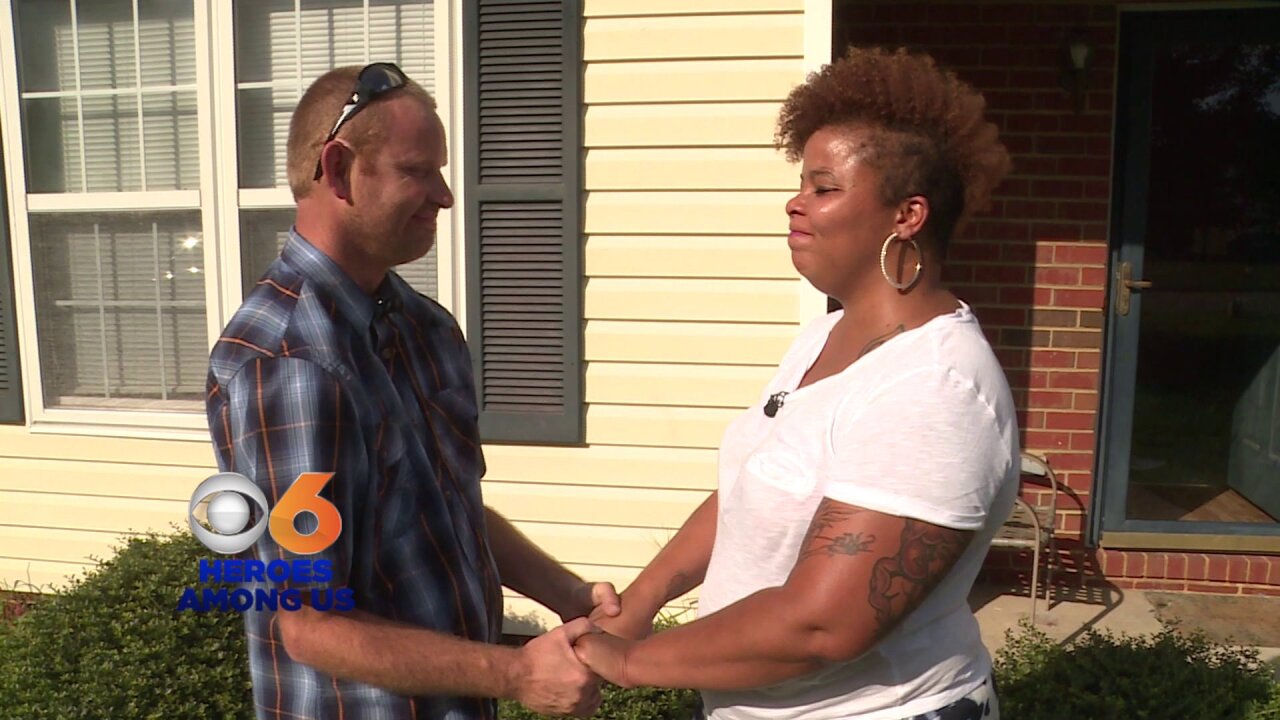 HENRICO COUNTY, Va. -- Three months. That’s how long Danielle Rozario has been waiting for this very moment. But the Henrico woman still struggles to find the words for a guardian angel who has given so much.

"I’m waiting for John -- the coolest guy ever," Danielle said. "It is really, really nice he did this. Really nice."

Ten years ago this month Danielle endured the unthinkable. Her eight-month-old infant, Casey, died during the night. At Forest Lawn Cemetery in a section reserved for young people Danielle’s bundle of joy was buried in an unmarked grave.

That includes not having enough money to afford a gravestone.

She turned to social media to raise money, but her efforts fell far short.

It turned out however that help was just an hour away.

“It can be. It can be emotional,” John said.

He owns Thinking About You Always memorial stone company.

“I’ll tell you there is not greater feeling than helping a family in need,” John said.

He has been selling headstones of all shapes and sizes for 13 years. During that time, John has tried to shoulder some of the emotional burden.

“I just try to be a light in the darkness for them,” he said.

“I’d like to think that there is a little divine intervention in my life and others,” John said.

John reached out to Danielle with an offer. An offer she first thought was a joke.

For John this was no laughing matter.

“It struck me being a father of my own. No parent should lose a child. Ever,” John said.

John wanted to engrave the stone himself, but physical limitations linked to his muscular dystrophy prevented it.

“It gives me a different perspective in life. It makes me view things a little differently,” John said.

John paid for and shipped the 10x6 personalized stone for Casey. The stone arrived in May.

“It has to be one of the purest things that a stranger has ever done,” Danielle said.

“It means everything. It's not about the size. It’s the purpose. What it means. And what stands for," Danielle said.

“In my storm and flooding and everything John was my rainbow,” she said.

“You can never take the pain away, but if it brings the smallest sense of relief then it was worth it,” John said.

Turns out Danielle didn’t need to find any words when they met at Danielle’s home in mid-August.

Tragedy pulled them together, but the memory of a baby girl have linked them -- forever.

“This is my new best friend,” Danielle said.

With the headstone in place, Danielle’s baby girl can finally rest easy.

“Standing here and seeing it in the ground has brought me a peace that I have never felt,” says Danielle.