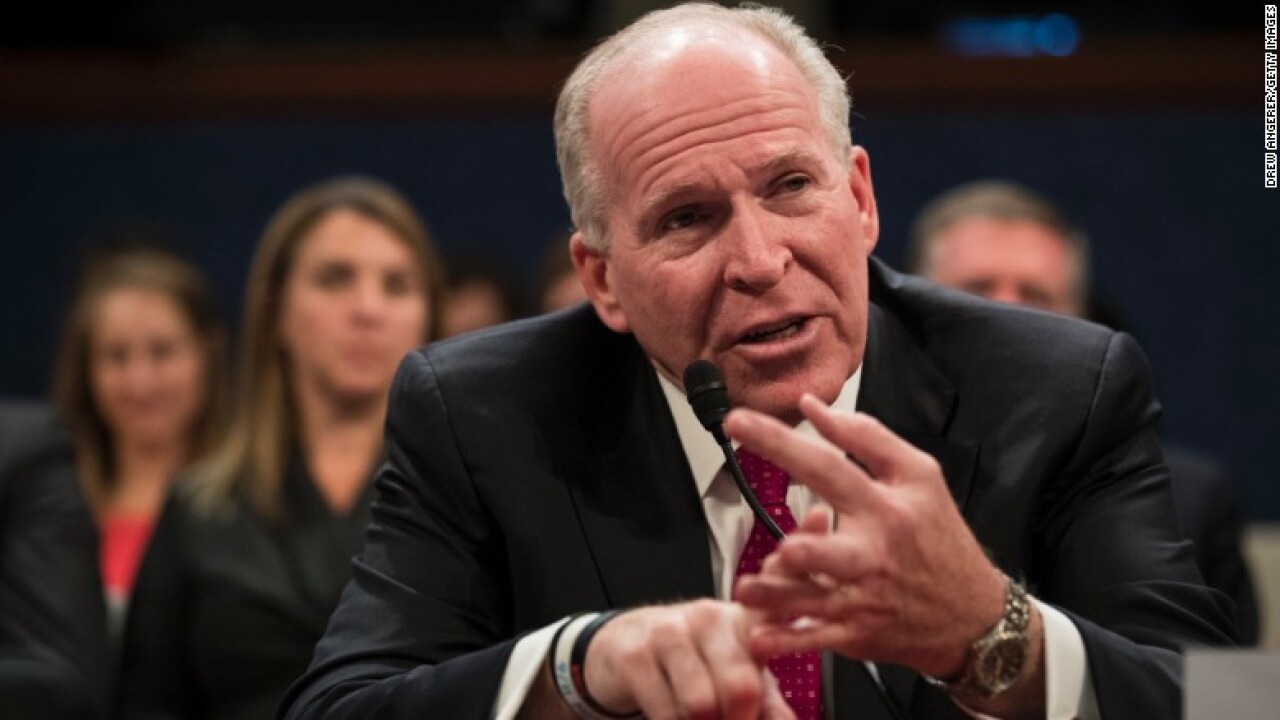 Former CIA Director John Brennan is hitting back at President Donald Trump in a blistering New York Times op-ed after his security clearance was revoked Wednesday.

“Mr. Trump clearly has become more desperate to protect himself and those close to him, which is why he made the politically motivated decision to revoke my security clearance in an attempt to scare into silence others who might dare to challenge him,” Brennan wrote in the op-ed published Thursday morning.

He argued that Trump’s “claims of no collusion are, in a word, hogwash.”

Trump announced Wednesday that he decided to revoke Brennan’s security clearance, marking an unprecedented use of a president’s authority over the classification system to strike back at one of his prominent critics.

In an interview Wednesday with the Wall Street Journal, Trump connected revoking Brennan’s security clearance to the special counsel Robert Mueller investigation, which is looking into whether Trump campaign associates coordinated with Russia to influence the 2016 election. Trump has repeatedly denied collusion.

In his op-ed, Brennan pointed to Trump’s remarks as a candidate in 2016 when he jokingly asked Russia to hack and find the missing 30,000 emails from Hillary Clinton’s private email server.

“Such a public clarion call certainly makes one wonder what Mr. Trump privately encouraged his advisers to do — and what they actually did — to win the election,” wrote Brennan, who served as CIA director under President Barack Obama from 2013 to 2017.

He continued, “The only questions that remain are whether the collusion that took place constituted criminally liable conspiracy, whether obstruction of justice occurred to cover up any collusion or conspiracy, and how many members of “Trump Incorporated” attempted to defraud the government by laundering and concealing the movement of money into their pockets.”

Phil Mudd, a former FBI senior intelligence adviser and a CNN counterterrorism analyst, cautioned that one should “pump the brakes” in calling the President’s claims of no collusion “hogwash.”

“Did the Trump people ever take anything of value from the Russians? I haven’t seen that. That is not a fact. Yes, we ought to be worried. The investigation is appropriate,” Mudd said Thursday on CNN’s “New Day.” “But to say that arguments against collusion are hogwash … how would we know? We don’t know what’s going on in the investigation.”