Deputy talks down man sitting on ledge: “We’re all here on Earth together, might as well get along together.” 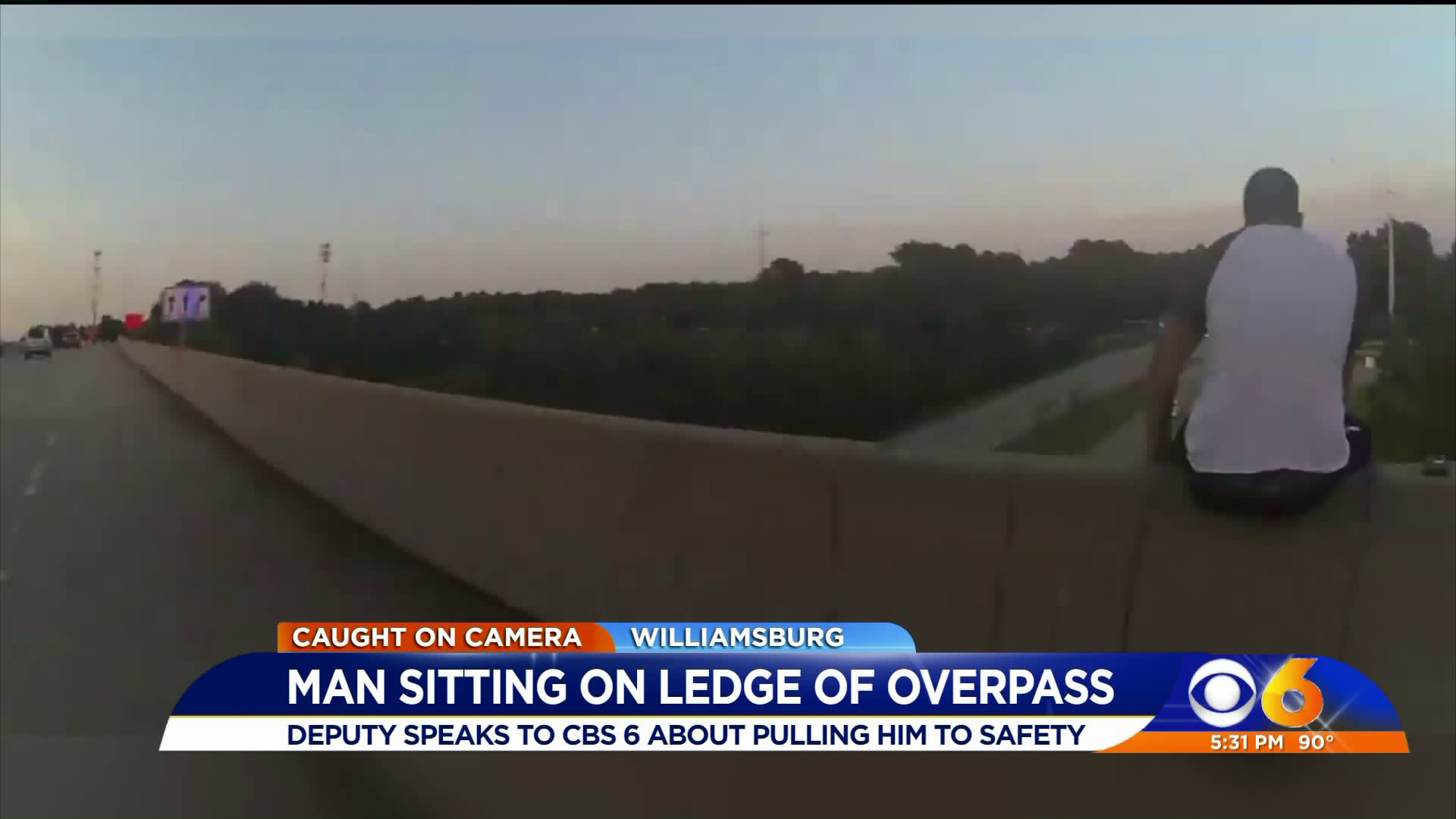 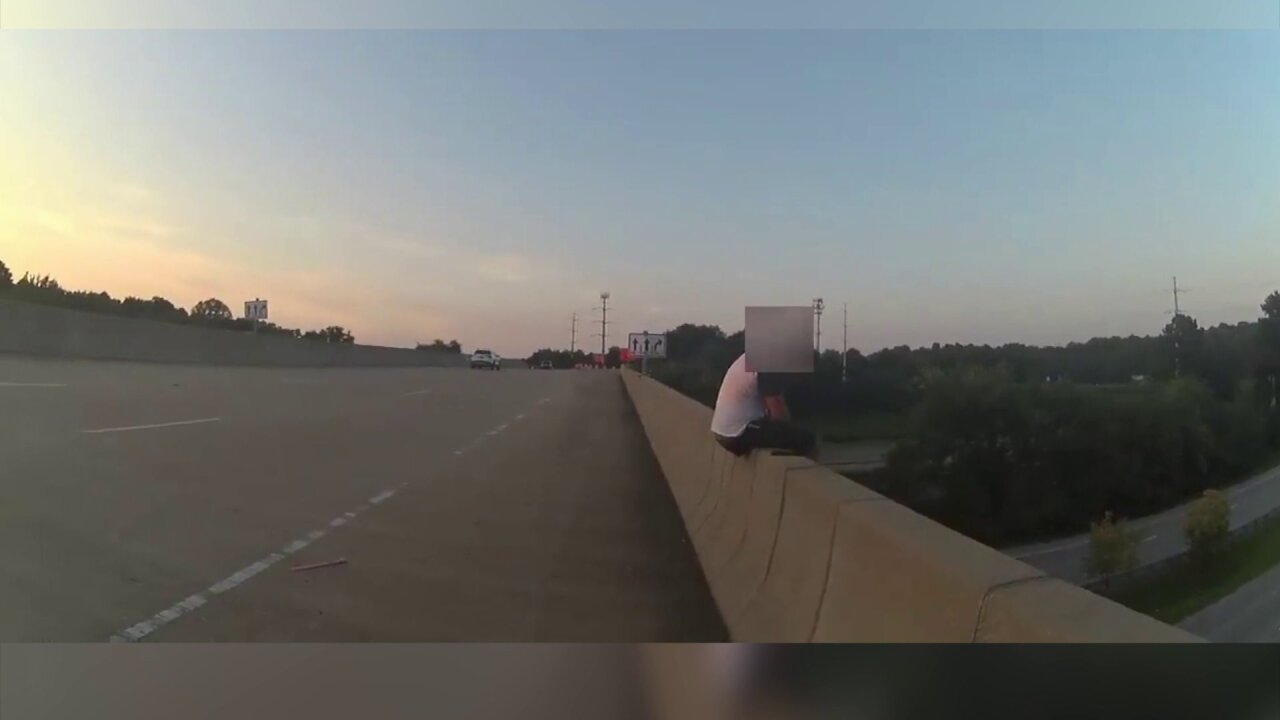 JAMES CITY COUNTY, Va - A York-Poquoson County Sheriff's deputy is receiving praise from across the country for the quick and compassionate action he took Tuesday afternoon.  Deputy James Robinson was called to an overpass near Busch Gardens and found a man suffering a mental health crisis sitting on the edge of the guardrail.

Deputy Robinson has worked in law enforcement for more than a decade but has only been with the sheriff's office since December.  Body camera footage shows Robinson approaching the man and trying to engage him.

"I didn't want to run up to him, startle him, in any way, so I was just trying to walk up to him slowly," Robinson said.  "Try to let him know I wasn't there to do anything but listen to him at that point, and just try to get him to come back to even ground."

After several minutes, Robinson said he realized he needed to act.

However, the rescue was not the end of the moment for Robinson.  The deputy is heard asking the man to "talk to him" about what is going on his life, and later, Robinson told the man he has "plenty left" to live for.

"I don't want anybody to lose their life for any reason at all. I felt as though, he had a lot to live for sometimes people just don't realize it," Robinson said in an interview with CBS 6.

Despite his quick action and the compassion he showed, Robinson has not yet received crisis intervention training, which teaches law enforcement personnel best practices for encountering people struggling with a mental health crisis.  His actions came from instinct.

"Everybody on a day to day basis, you go through something. . . Just take the moment to listen to others. I think sometimes that all people need," Robinson said.  "We're all here on Earth together, might as well get along together."

The York-Poquoson County Sheriff's office said they have received messages from as far away as California, thanking deputy Robinson.  Since posting the video to their Facebook page, more than one-thousand times.