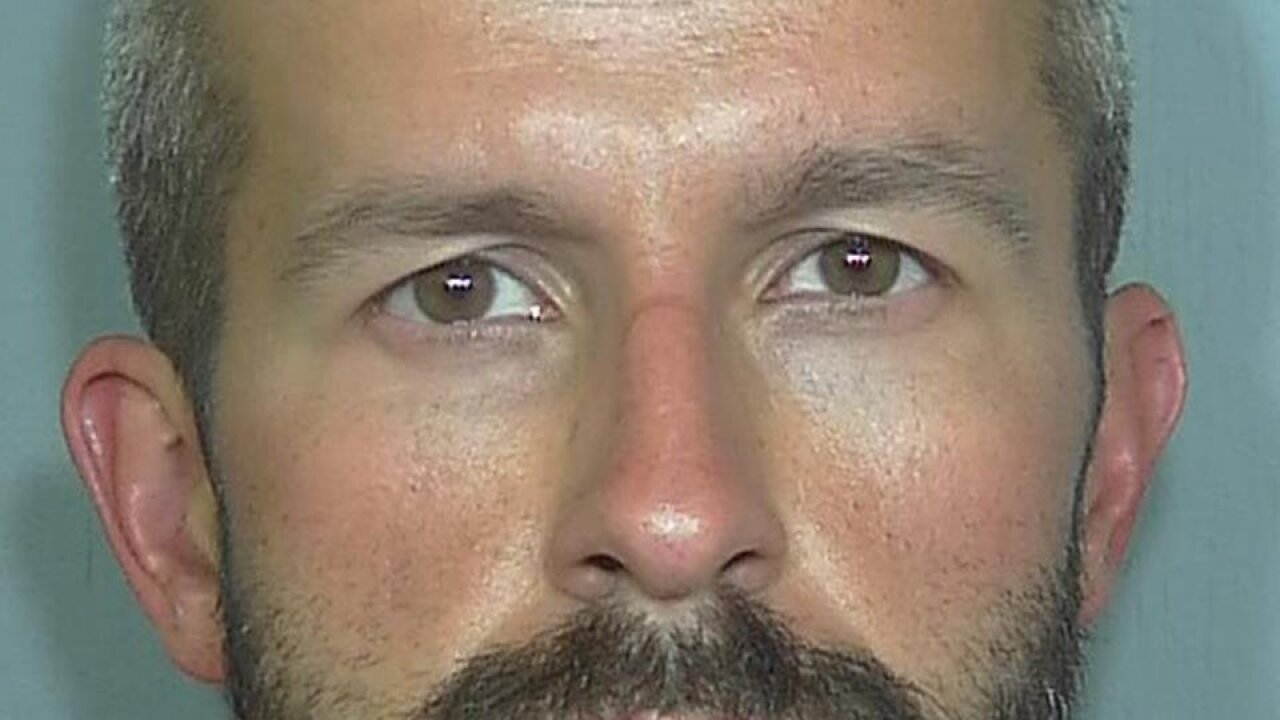 Chris Watts was taken into custody Wednesday night and is being held in the Weld County Jail, north of Denver, the Frederick Police Department said in a statement. He’ll appear in court Thursday afternoon.

Shanann Watts, who was 15-weeks pregnant, was reported missing on Monday along with her two daughters, Bella, 3, and Celeste, 4.

According to a recording on the jail’s phone, Chris Watts has been charged with three counts of murder in the first degree and three counts of tampering with physical evidence.

“At this point we have been able to recover a body that we’re quite certain is Shanann Watts’ body,” Colorado Bureau of Investigation Director John Camper said Thursday at a news conference. “We have strong reason to believe that we know where the bodies of the children are and recovery efforts are in process on that.”

In answer to a reporter’s question, Camper confirmed the body was found on Anadarko Petroleum Corporation property.

Chris Watts is a former employee of the company, said Andarko spokesperson Jennifer Brice. She declined to say when he left the company.

Authorities didn’t reveal a possible motive or other details in the case. A judge sealed the arrest affidavit, which might have provided that information.

Information on Watts’ attorney was not immediately available.

In an interview with KMGH before his arrest, Chris Watts said his wife got home from a business trip about 2 a.m. Monday. The couple lived in Frederick, a town of about 8,600 people around 30 miles north of Denver.

Watts said he left for work about 5:15 a.m. that day and said he wasn’t concerned when Shanann didn’t respond to his texts and phone calls because she was probably busy with her job, having just returned from being out of town.

But he said he became worried when one of her friends contacted him around noon and said Shanann wasn’t responding to messages.

“I walked in the house and — nothing,” Chris Watts told WHMG. “She wasn’t here. The kids weren’t here.”

“She said she was going to a friend’s house with the kids and that’s the last thing I heard, and that was it. It was very vague,” he told reporters.

An unidentified friend told CNN affiliate KDVR that she dropped off Shanann Watts at home about 2 a.m. Monday after they returned from a work trip, and watched her go into the house.

The two planned to meet later, but Watts, 34, didn’t answer her phone or show up for a doctor’s appointment, the friend said.

Police have not provided details on the disappearance, but said they conducted a welfare check after Watts’ friend called and requested one.

The FBI and the Colorado Bureau of Investigation were involved in the arrest, Frederick police said.

When asked if other people were involved, Camper said, “In terms of any danger to the community, were not concerned about that at all.”

Frankie Rzucek, who is identified on Shanann Watts’ Facebook page as her brother, posted overnight on his page saying he just wanted “to know why.”

“I just want 30 seconds alone with that heartless psychopath. May Satan have mercy on his soul,” Rzucek wrote. “Doesn’t take a genius to know who was suspect.”

Le-Vel, a “health and wellness” company Shanann Watts worked for, according to her public Facebook page, has posted a message regarding Watts and her two daughters.

“Our hearts are broken for the loss of our dear friend Shanann Watts and her children. Shanann was an amazing woman, mother, friend, and overall person. She lit up every room and was a joy to be around. … Shanann and her children will be dearly missed. We honor them on this sorrowful day.”

A statement from Andarko, released by Brice, said: “We are heartbroken by this, and our thoughts and prayers are with the loved ones and friends of the Watts family. We will continue to support law enforcement in its investigation. He is no longer an employee and given that the investigation is ongoing, please direct all questions to law enforcement.”