Open-air urinals cause uproar in Paris 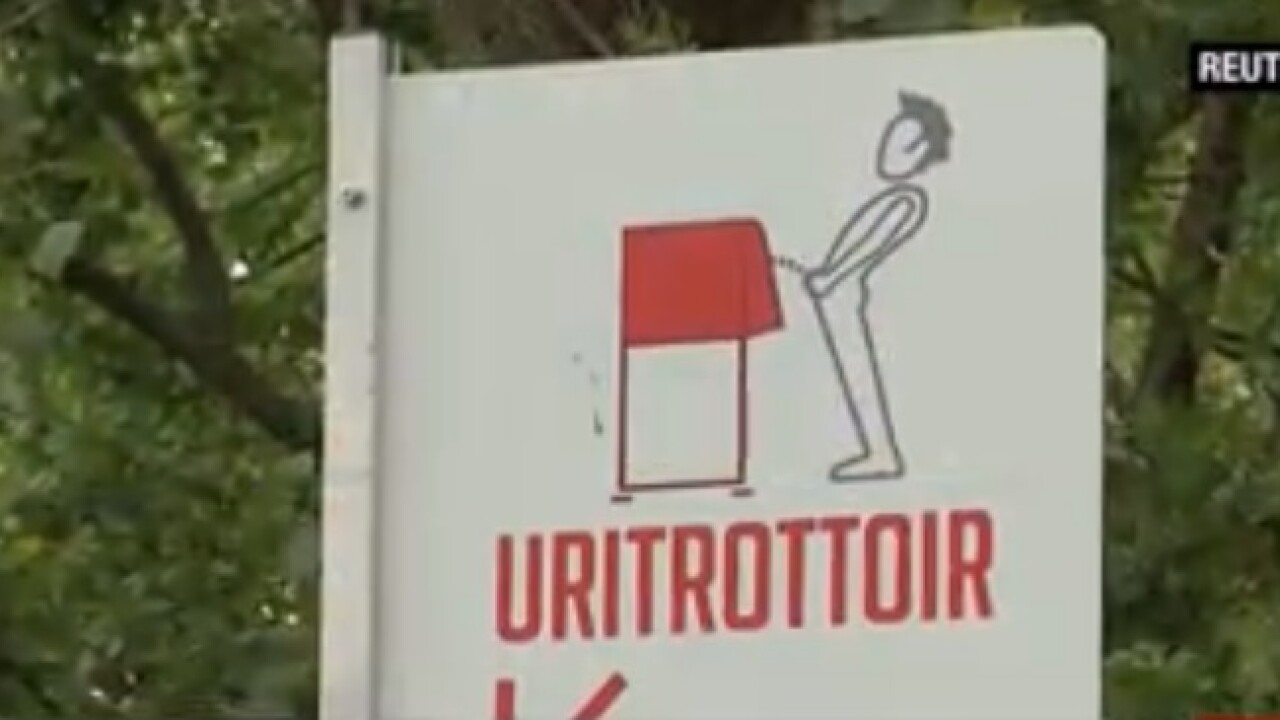 An attempt by officials in Paris to tackle public urination by installing open-air urinals, or “uritrottoirs,” has outraged some residents of the French capital.

The new urinals, housed in flower boxes, aren’t subtle — they’re fully exposed on street corners, are painted bright red and have nearby signs advertising their presence.

One in particular, located near the Notre-Dame cathedral, has drawn attention for its view of the River Seine.

The “intelligent urinals,” which have a straw layer that eliminates odor, were installed in areas where public urination is a problem, according to a statement from city officials.

Officials say the urinals are eco-friendly — they will harness nutrients in waste to produce compost for parks and gardens. According to the statement, one year of a person’s urine holds enough nitrogen, phosphorous and potassium to fertilize 400 square meters of wheat.

However, these features have done little to calm the ire of local residents, who have written to the town hall in protest.

“I think installing a urinal in the streets of Paris for those who don’t respect their surroundings is a good idea, but in my opinion, this model is not attractive at all, and where it’s been set up is not appropriate at all,” one man told reporters.

Another resident complained that “it is definitely a desirable and historic neighborhood, but seeing people urinating right in front of your door is not the nicest thing.”

Ariel Weil, mayor of the fourth district of Paris, tweeted in defense of the urinals on Monday, calling them “an invention of genius.” Four have been installed so far, with a fifth being planned.

Paris isn’t the first European city to install outdoor urinals. Amsterdam has had them for years, and cities in Belgium and Australia have also trialed them.

Public urinals, or pissoirs as they’re known in French, have a long history in Paris, dating back to the late 1800s when they were installed for men traveling to and from work.

“In London, this is where the phrase ‘spend a penny’ came from, as it cost a penny to use these facilities — the equivalent of buying a loaf of bread in those days,” Morris told CNN.

Meanwhile some Parisian public toilets became “almost ornamental, due to their decorative features,” said Morris. He added that the buildings had the added advantage of offering space for advertisers.

But centuries after the first pissoirs were installed in Paris, women are still not being adequately catered for, said Morris. “The trouble today is the inequality for women,” he said, adding that in the UK, various proposals for female urinals had been rejected on the grounds that they exposed women in public.