Which restaurants and businesses owe Richmond the most back taxes? 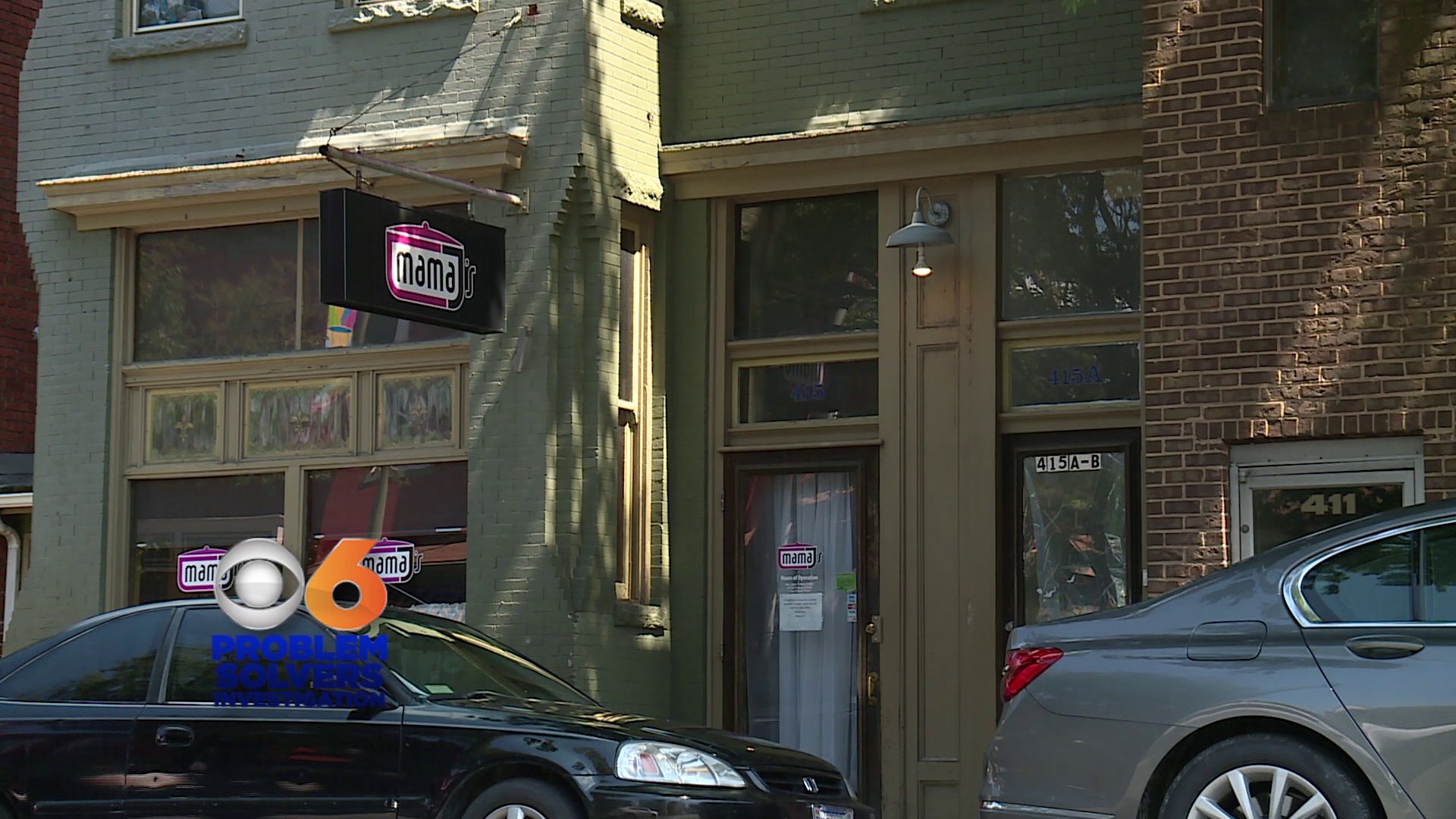 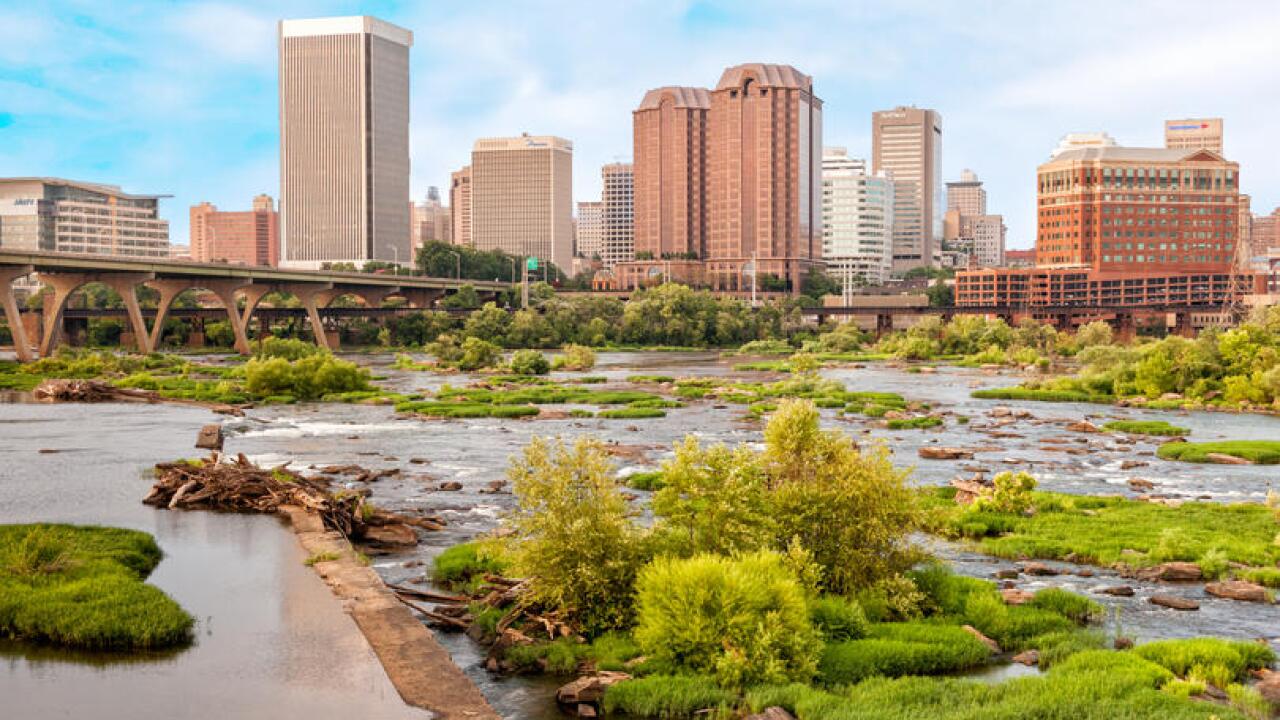 RICHMOND, Va. -- In the heart of downtown Richmond, the bartenders at Vagabond pour colorful libations, while their bosses, Lester Johnson and Hayden Fisher, plan the restaurant's future. They admit, the business has some challenges.

"We bought that and it had some issues prior to us purchasing it," Johnson said.

Through a Freedom of Information Act request, the CBS 6 Problem Solvers have learned the LLC that operates Vagabond, D3 Ventures, is among the top ten businesses that owes the most meals taxes to the City of Richmond over the past three years. As of July 3, 2018, the total amount owed by those businesses was more than $1 million.

"[Restaurants are] supposed to be withholding meals taxes or admissions taxes and not remitting to the city you're keeping it to make your staff payroll for your business," Richmond's Finance Director John Wack said.

Wack said when he took over the department in 2016, it was in disarray.

"That first day we had 35 full-time vacant positions, which made it hard for the city to have timely financial reporting and to be proactive in collecting revenue," Wack said.

The department is now at full staff.

The businesses that owe the most in delinquent meals taxes (as of July 3), according to city records, were (in no particular order):

While city officials said laws prevented them from disclosing how much each business owed, the total amount owed was $1,004,904.

Lester Johnson, who also owns Mama J's, sat down with CBS 6 to discuss why he owed back taxes.

"In that time period, were you collecting the meals tax from patrons?" Hipolit asked.

"Yes, yes, yup, like I said, it doesn't really pay to step away from your business as a local business owner. You gotta stay on top of everything," Johnson replied.

Johnson said he was working with the city to ensure those back taxes get paid.

"With Mama J's, now that I got a number, we're just going to clear that up," Johnson said.

Back at Vagabond, Johnson said things were now in much better shape.

"We're actually on a payment plan now with the city," Johnson said.

But Hayden Fisher, who is also part owner of the aforementioned FW Sullivans and Lady N'awlins, said the situation with those businesses is a bit different.

He said the city told him and his partner that those restaurants owe more than $270,000 in back meals taxes. He claims the vast majority of that amount was the result of a billing error related to their former restaurant: Jorge's Cantina.

"What the city did was come back and assessed meals taxes from June 2012 through February 2013, and then from August 2014 through March 2015 when we weren't operating it, and no one was operating it," Fisher said.

Just this year, Fisher said, they were able to get somewhere with the city to clean up their bill.

"It seems to be this year we're making more progress with getting things resolved," Fisher said.

And, while Fisher and Johnson both described running a local restaurant as a labor of love, they said most restaurant owners want to pay their taxes, and be good corporate citizens.

"I don't think it's a question of not wanting to pay their taxes, it's just not as clean as you think it might be," Fisher said.

We have agreed to not name one of the businesses due to an ongoing legal situation.

Main Street Richmond LLC -- Exchanged email with registered agent CSC Global, but they do not disclose non-public info
Dominion Payroll Services LLC: -- Said city records were incorrect and all payments had been made
Dori Foods Inc. -- Said city records were incorrect
East Coast Metal Distributors -- Said taxes were paid up as of July 26
Hourigan Clayco Joint Venture -- Said taxes were paid up as of July 27
Otis Elevator Co A Corp - "We are current with our payments and have been communicating with city to resolve this matter; can't speak to whether info provided by city is correct"
Strivers Row LLC - Has a monthly payment plan and has a tax attorney working on a compromise with the city
The Hertz Corporation - They're looking into it
Veolia Energy Operating Services LLC - Has invoices showing we are paid through 2018, but following up with the city

While city officials said laws prevented them from disclosing how much each business owed, the total amount owed was $564,463.

Also, below are the responses we received when we reached out to all of the businesses on the top ten list for delinquent meals taxes. This list does not include D3 Ventures, HJJE LLC, or White Dog Inc. because we already discussed their situations above.

7 Hills Brewing Co LLC -- Closed; left owner Facebook message but not receive a response
Banditos Inc., which operates Mojo's Philadeli -- Left two messages for owner, have not heard back
Culinary Connection Inc. -- Closed, owner set up payment plan with the city; said he had some business/personal struggles, but he's in a better place now
Kobe Enterprises Inc. -- Owner says he's taking care of back taxes and is almost done paying them
Nacho Mama's -- "After extensive research we were able to settle all the taxes this morning with the city of Richmond," the owner said. "We now have a -0- Balance."
Strivers Row LLC -- Has monthly payment plan and has a tax attorney working on a compromise with the city