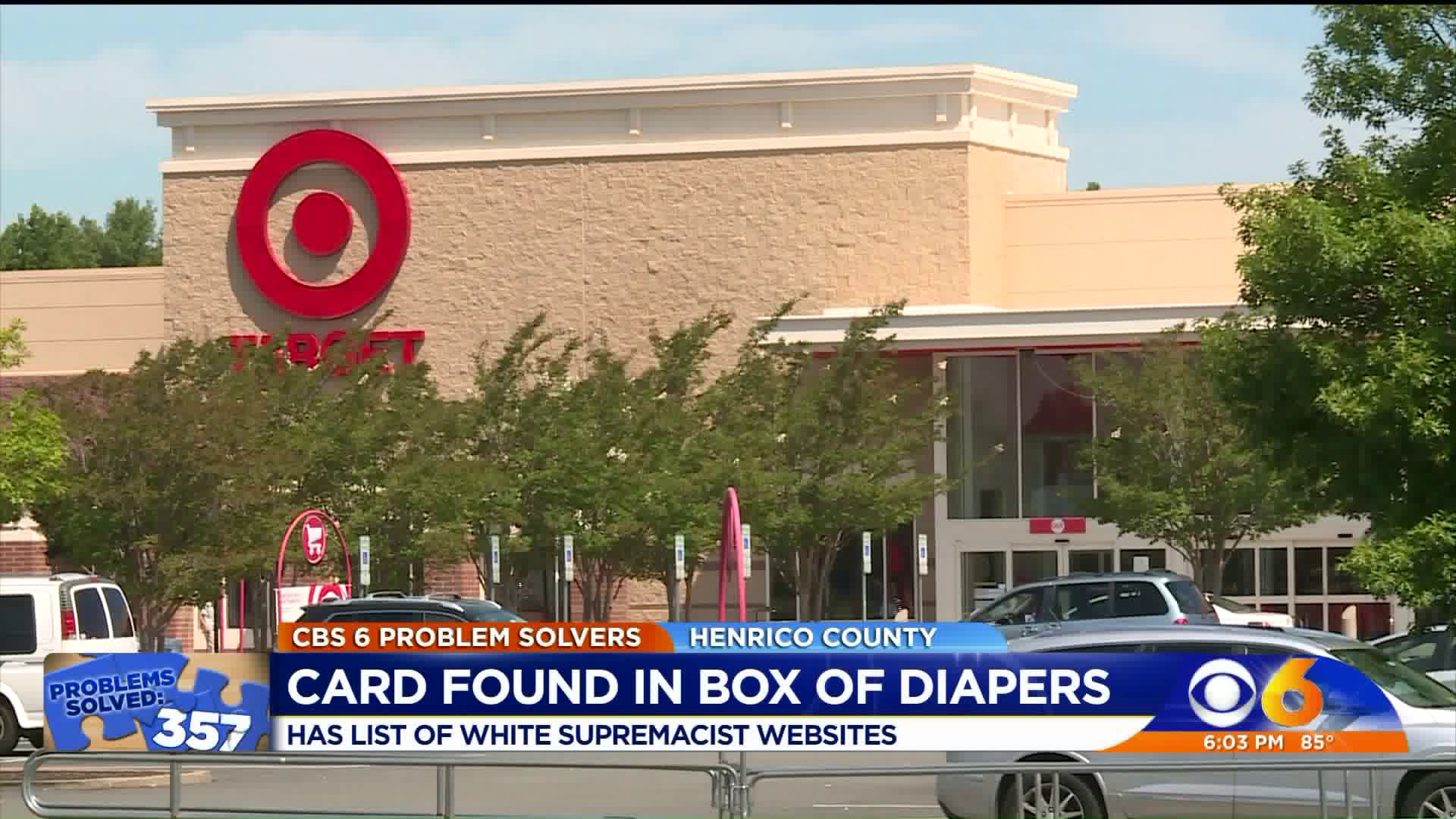 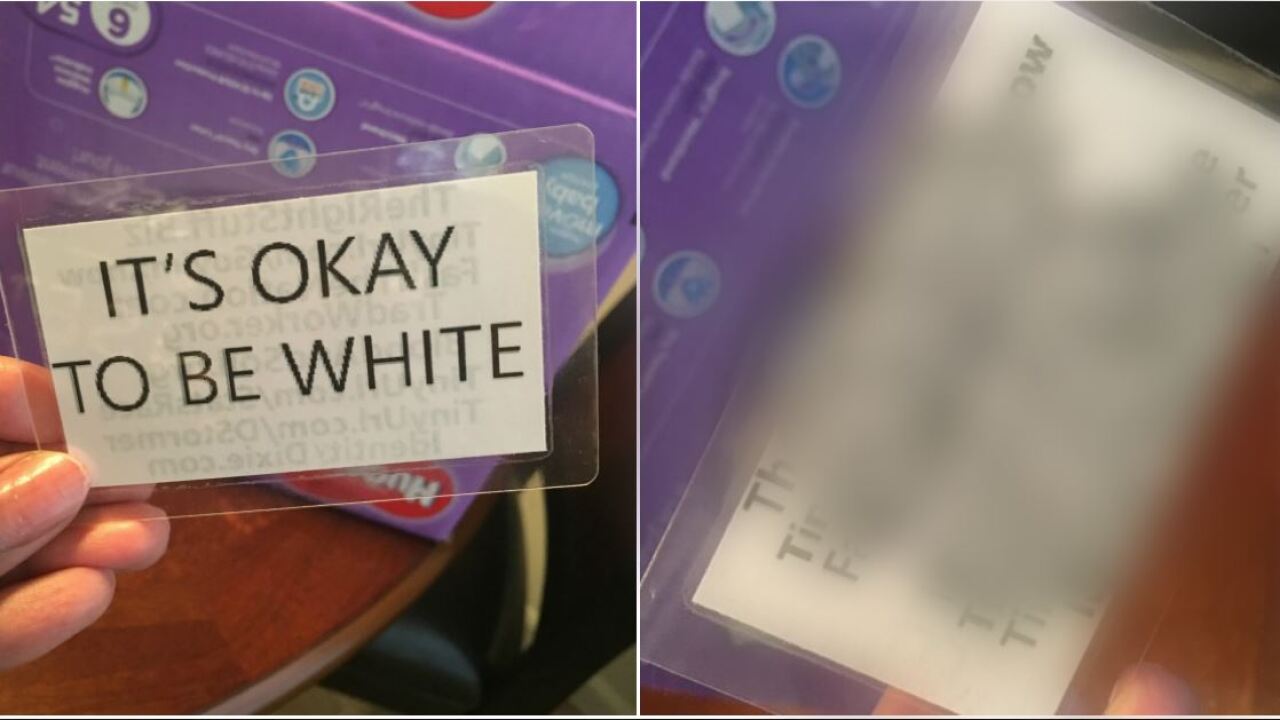 HENRICO COUNTY, Va. -- A Henrico County mother said she was angered and disturbed after she found a note inside a diaper box she bought at Target in White Oak Village on Laburnum Avenue.

One side of the laminated card read, "IT'S OKAY TO BE WHITE."

The other side listed several websites, some with white supremacist and neo-Nazi ties.

"It's just sad that we are still going through this today, this day in age," the woman, who asked her identity be concealed over fear of retaliation said.  "It's very, very disturbing. It's targeting babies at that, it's just sad."

Earlier this year, the Anti-Defamation League (ADL) wrote it had received reports and pictures of the same card found in boxes of diapers purchased from Target stores in Washington D.C. and Tennessee. The card was also found in diapers delivered to a family in Florida.

The ADL also mentioned Target fired one employee believed to be responsible for putting the cards in the boxes. Target says they believe this card was part of the batch that were distributed back in April, but they are investigating the situation further now.

Here’s the statement they released after firing employee in April:

“We sincerely apologize to guests who received an inappropriate message in their Target purchase and thank them for calling it to our attention. After being made aware of the situation, we immediately launched a thorough investigation to address the concerns and put a stop to it. We have identified the source and given this is a violation of our policies and our commitment to inclusivity, terminated the team member.”

"If you see this card in your box, report it," the concerned Henrico mother said. "I'm putting it out there for everyone to be aware and maybe they will keep this as an on going investigation to figure out who’s doing it and where it's coming from."