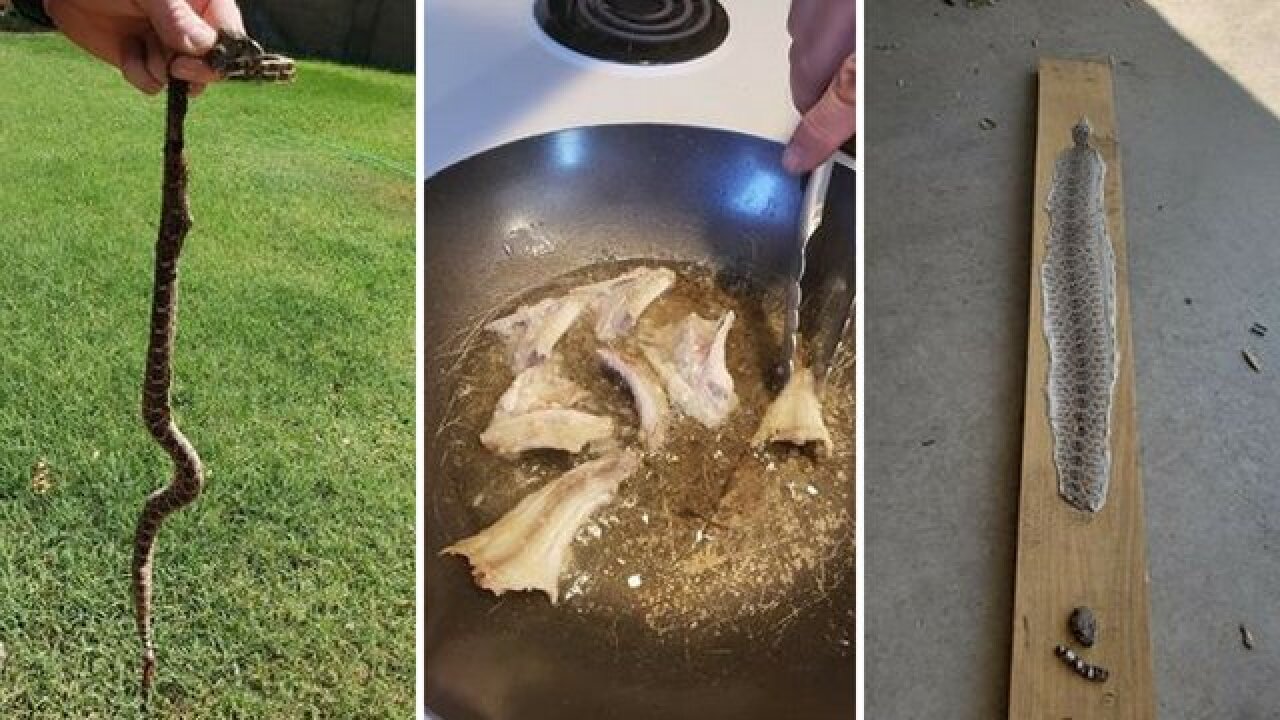 Phoenix woman and her family found a rattlesnake slithering around her backyard and took matters into her own hands to protect her two dogs.

Phoenix woman and her family found a rattlesnake slithering around her backyard and took matters into her own hands to protect her two dogs.

PHOENIX, Ariz.  — A Phoenix woman and her family found a rattlesnake slithering around her backyard and took matters into her own hands to protect her two dogs. She said she hit it on the head with a shovel, and afterward, her dad suggested keeping the skin as a souvenir and eating the meat.

“It’s like eating a chicken finger but with a lot less meat than a chicken finger,” Daniel Marchand, the executive curator of the Phoenix Herpetological Society told KPHO/KTVK.

Marchand says it is never recommended to kill a rattlesnake, for many reasons.

“Snakes obviously are dangerous. You need to be careful. They don’t need to be killed. They actually serve a very, very important role in the desert. They’re our natural rodent kill,” Marchand explained.

Marchand says you cannot kill a snake within city limits with a gun and you must have a license if you do so.

“You can’t just go out and kill a snake without technically a hunting license unless your life’s in danger and your family’s in danger, which I feel really doesn’t occur because snakes don’t chase us. Snakes don’t come after us,” Marchand said.

He recommends other alternatives to getting rid of a scaly neighbor.

“Leave it alone. Take a step away from it. Let it go on its way. The other thing is– give us a call,” Marchand said.

He believes the rattlesnake in this woman’s backyard is a western diamondback. They are very common in the Valley. Because of all the rain, more people might be seeing them around their homes. If you hear the rattle, it’s best to give them space.

“Her venom is her most precious commodity she carries on board and that venom is used to kill a rodent or a rabbit or a bird, something she can consume,” Marchand said.