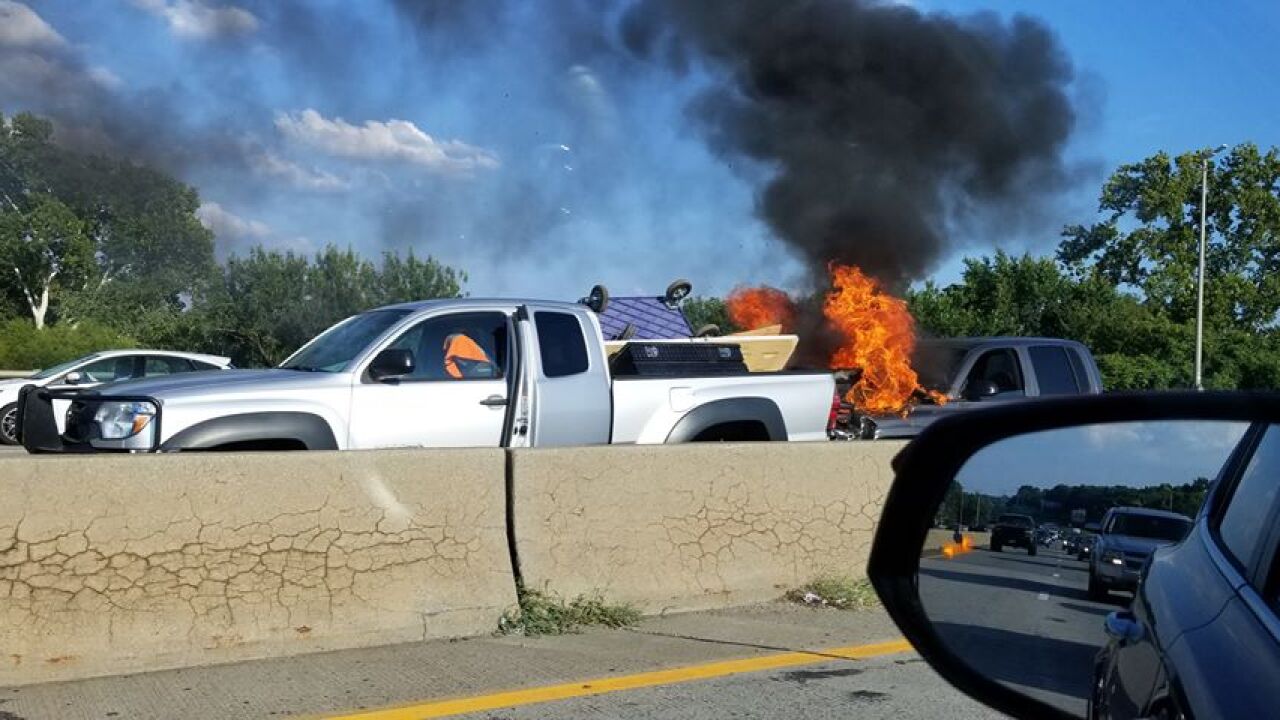 PETERSBURG, Va. -- Video shows a truck engulfed in flames on I-95 north in Petersburg after the vehicle was involved in a two-vehicle crash Friday evening.

Virginia State Police responded to the crash on the bridge over the Appomattox river, near mile marker 52 at approximately 6:08 p.m.

Those sources say the truck engulfed in flames had 9 mm rounds inside of it. That ammunition was going off when crews arrived on scene, according to those sources.

There are no reports of injuries involved in the crash and vehicle fire.

Cleanup is underway. All lanes have reopened and there is a one-mile backup as 8:14 p.m.