Smoke from the California wildfires is spreading 3,000 miles to New York City 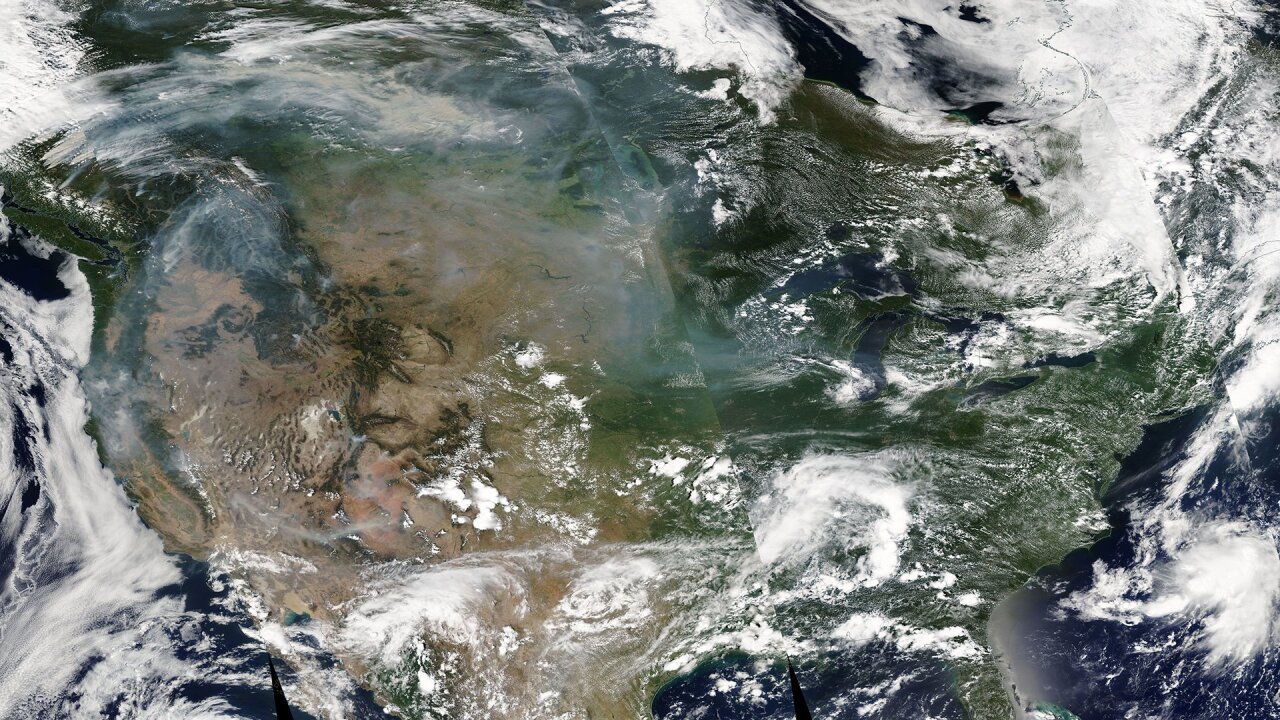 A satellite image taken Thursday shows that the western wildfire smoke spreading toward the East Coast of the US in the upper atmosphere as the forecast model predicted.

Take a look at this forecast model from the National Weather Service. It shows how the smoke from the wildfires scorching California is traveling thousands of miles. In this case, all the way to New York City — about 3,000 miles away.

The weather service uses an experimental model that forecasts the spread of smoke from wildfires across the country. It says winds lift the smoke up and carry it across the US. And it doesn’t stop there — some of the particles move even beyond the East Coast.

Right now, firefighters are battling more than a dozen blazes in California, including the largest in the state’s history — the Mendocino Complex fire.

But this isn’t the first time smoke from the western wildfires is spreading all the way to the East Coast. Last September, smoke stretched across the entire country.

The smoke in the east is more than a mile above the surface. When it’s that high and stays there, the health risks are minimal, according to the weather service. But if it’s pulled down by the jet stream, it can cause unhealthy air quality.

In some cases, exposure to wildfire smoke can cause respiratory issues and symptoms similar to a sinus infection.

Wildfires can also have effects on pollution. And some of these effects, scientists say, have been underestimated.

A Georgia Tech study published last year found that wildfires can be a big source of pollution through the spreading of particles in the air. The smoke from the summer wildfires on the West Coast, researchers found, brought several toxic chemicals into the atmosphere.

In the western states especially, the study said, this can mean air quality problems in nearby areas.