2 police officers among those killed in shooting 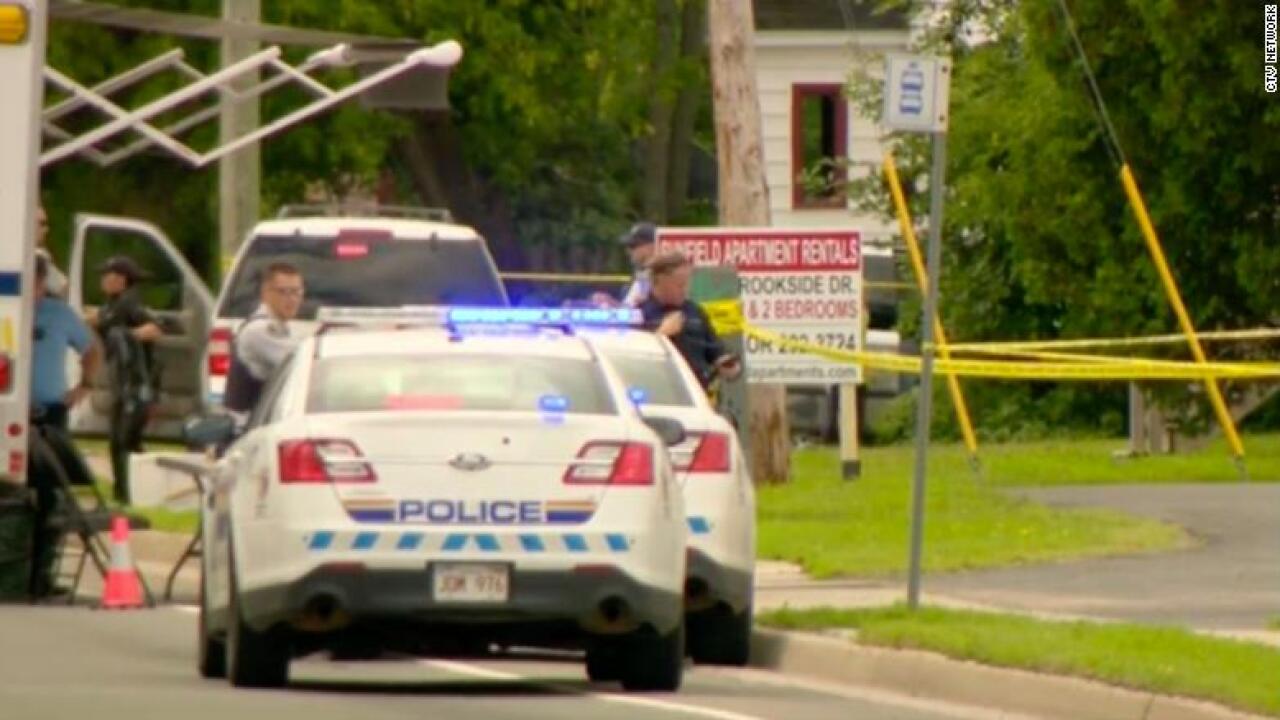 Two police officers were among four people killed in a shooting in Fredericton, New Brunswick, police in the Canadian provincial capital said Friday.

“No names are being released at this time. Please appreciate this is a difficult time for their families and our colleagues,” Fredericton police said on Twitter.

A suspect is in custody, and the crime scene has been “contained,” police said. They said the investigation is ongoing and the suspect is being treated for serious injuries.

Police later said there was “no further threat to the public” and no need for any lockdowns.

“Our thoughts and prayers are now with the families, friends and colleagues of the two brave Police officers who gave their lives in order to protect and serve and with the families of the other two victims of this senseless act of violence,” said a tweet from the city of Fredericton on behalf of Mayor Mike O’Brien, the City Council and other municipal employees.

“The next few days will be a challenging time for our community as we deal with a loss that will no doubt be felt by many.”

A spokeswoman for Dr. Everett Chalmers Regional Hospital said it is treating multiple victims in the Fredericton shooting.

The shooting occurred in the Brookside Drive area of the city of about 60,000 people, police said. It took place around 7 a.m. local time.

“We extend our sincerest condolences to Chief Leanne Fitch, the officers of the Fredericton Police Force, and everyone affected by today’s events,” the city said in its tweet.

“Not enough can be said about the courageous efforts shown today and everyday by members of the Fredericton Police Force, the first responders involved, and all those who respond to the call for help.”

CNN network partner CTV said its reporter there said “police appeared to be focused on one particular residence” and that he heard four shots during a five-minute stretch.

“There is a police officer standing outside with a gun,” CTV Atlantic’s Nick Moore said on CTV’s “Your Morning.”

CTV said Moore reported that “police escorted people from their homes” after announcing a suspect was in custody.

New Brunswick Premier Brian Gallant said in a statement that “we are all shocked and saddened to learn this morning of the ongoing tragic incident.”

“I offer my condolences, thoughts and prayers to the victims and their families. During this difficult time, our thoughts are also with the courageous women and men on the front lines working to keep us safe,” he said.

“At this time, I would ask New Brunswickers, particularly those in areas identified by police, to keep informed about the situation as it develops and follow the instructions of law enforcement officials working in the area.”

“Awful news coming out of Fredericton. My heart goes out to everyone affected by this morning’s shooting.”

Ralph Goodale, Canada’s minister of public safety and emergency preparedness, expressed his concern over the shooting.

“With RCMP support, this developing situation is under investigation by Fredericton Police. Residents are encouraged to follow their direction,” he said on Twitter, referring to the Royal Canadian Mounted Police.

New Brunswick is one of Canada’s eastern Maritime provinces.

Four years ago, three officers died and two others were wounded in a shooting in the New Brunswick city of Moncton.

Growing gun violence in recent years has been an issue in Toronto, Canada’s most populous city.