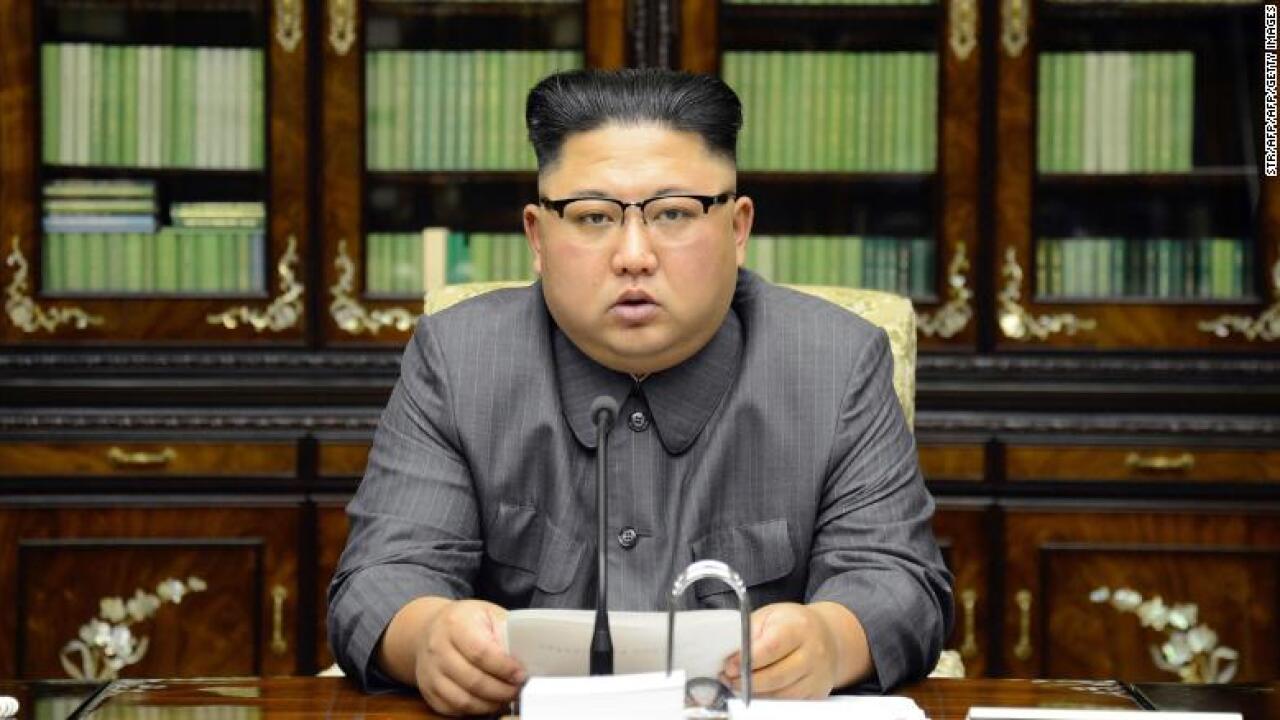 The US has made repeated proposals to North Korea on denuclearization, all of which have been rejected, according to senior diplomatic sources.

The United States has made, and continues to make, “specific proposals for starting and proceeding to the end point of fully verified denuclearization,” including a timeline, these sources say.

North Korea has rejected all of these proposals, considering them “gangster-like,” one of the sources said.

The impasse has brought the rocket-like trajectory of Trump administration diplomacy with North Korea down to earth and the more typical grind of talks with Pyongyang that have stymied prior administrations.

The vague promises that emerged from President Donald Trump’s June summit with leader Kim Jong Un have led to a diplomatic disconnect. The brief document produced after the leaders met included no time frame, no specific promises or milestones to meet, allowing both sides to interpret it as they wished.

While the US is demanding full, verifiable denuclearization and says it will maintain sanctions until that happens, North Korea says it wants sanctions pressure lifted and a peace treaty before it will take further steps.

Continued negotiations between the United States and North Korea hinge on Washington’s willingness to make a “bold move” and agree to a peace treaty with Pyongyang, according to an official with close knowledge of North Korea’s position on the matter.

The US has been asking for a big gesture on the part of North Korea, in the form of giving up a portion of its nuclear weapons in the near term. The diplomatic sources did not know of specific percentages or timeframes.

Kim Jong Un is insisting he will make a step towards denuclearization if the US moves on security concerns — likely meaning a peace proposal — but will not move otherwise, the diplomatic sources say.

Pyongyang points to goodwill gestures they say they’ve already made, including a halt in missile testing and the repatriation of US remains, arguing that the US is backtracking.

On Thursday, North Korea issued a forceful statement at the United Nations, saying that elements of the US government are not adhering to the spirit of the dialogue established by Trump and Kim at their Singapore summit.

Pyongyang said while it had taken “such practical denuclearization steps as discontinuing nuclear test and ICBM test fire” and “broadminded measures” like the repatriation of US Korean War remains, “the US responded to our expectation by inciting international sanctions and pressure against (North Korea).”

The statement, credited to North Korea’s Foreign Ministry, notably did not blame Trump, but singled out “some high-level officials within the US administration,” who it said were going against the President’s will. It also echoed criticism of previous administrations’ approaches to North Korea that Trump himself has made.

The statement seems intended to hit a target audience in the US, being released in English by North Korea’s mission to the United Nations in New York, rather than just through the state-run Korean Central News Agency, the usual avenue for government announcements.

The State Department did not respond to requests for comment.