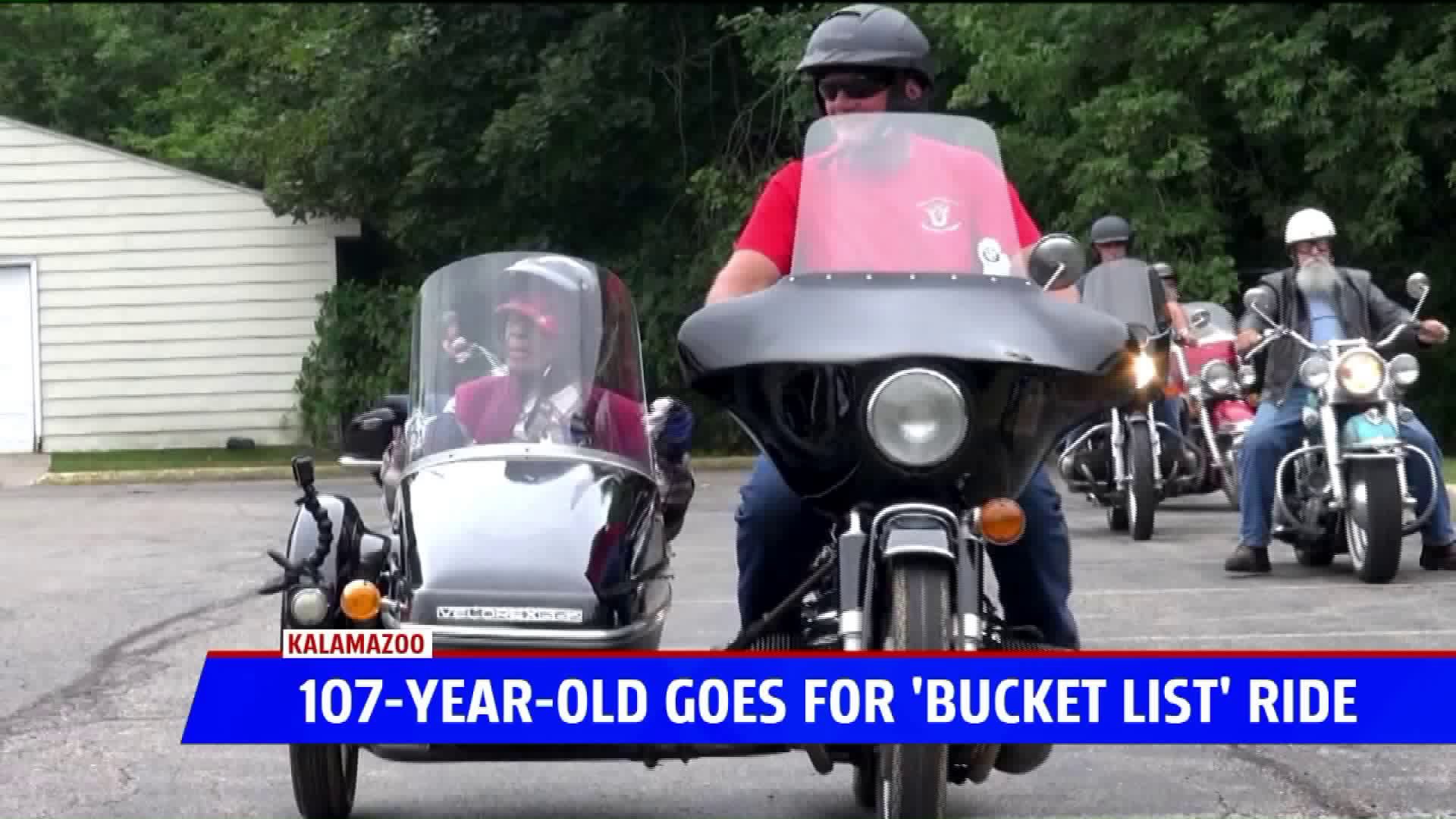 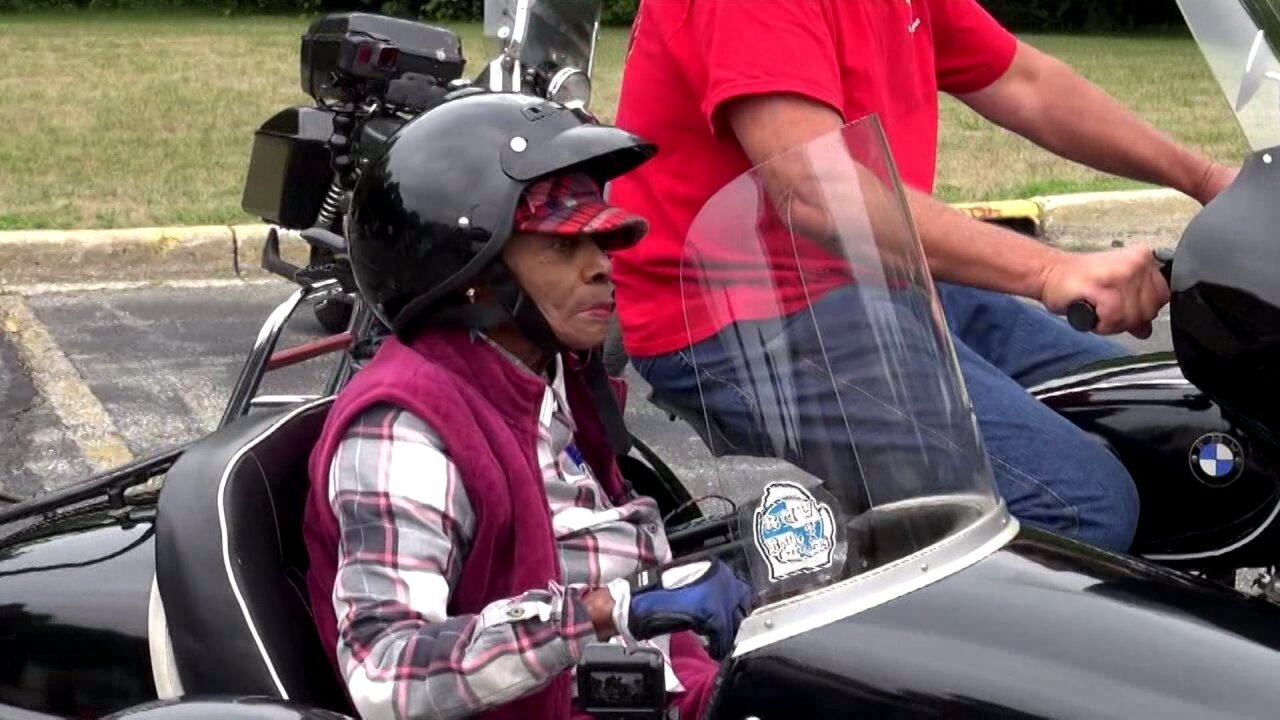 KALAMAZOO, Mich. -- A 107-year-old Michigan woman got the motorcycle ride of a lifetime on Friday.

It's been on Viola Coleman's bucket list for years, and now she can finally cross it off, WXMI reports.

Friends at Hallmark Living watched as Coleman rode around the parking lot a few times in the side seat before hitting the streets of Kalamazoo for a 5-minute ride.

She says it felt good to do it, and she wasn't scared. She used to ride a motorcycle years ago when she was a teenager and has been waiting for years to get another chance.

"I rode with my daddy, went to the ball game. He bought me popcorn," she said.

At the end of her ride on Friday Coleman said she wanted to do it again, but there was a lunch party planned for her. Officials say it took around a month to plan the vent and they were thrilled to give her this gift.

"We are just tickled that we were able to give her this day," said Carrie Freeman, admission coordinator with Hallmark Living. "It's something she’s wanted ever since she was a little kid. So at 107, I think she’s earned the right to ride on a motorcycle."